Written and Photographed by Abdullah Alsanea 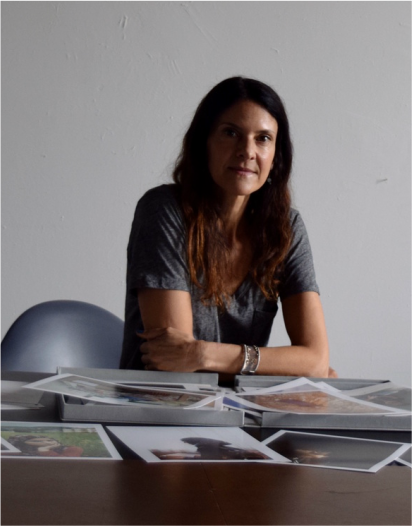 On a sunny Thursday morning, I walked to Elena Dorfman's studio facing the L.A River. When I stepped inside I noticed the natural light pouring through the high glass window. The light coming into the studio was a guest that wasn't stopped by the wall. I felt welcomed into the studio environment as Dorfman is a very calm and friendly person. On display in the studio is a cabinet of curiosities that is full of a diverse group of works from photography to fine art.

We sat down near the view of the river and talked about her journey as a photographer. Dorfman was born in Boston and has lived in New York and Los Angeles. She's worked for many prestigious magazines such as The New York Times, The New Yorker and Magnum Photography. Dorfman is the author of many books such as Sublime: The LA River, Empire Falling, Fandomania: Characters & Cosplay and Still Lovers. Her work has been exhibited around the world in Paris, New York, Milan, and currently, her exhibit, Syria's Lost Generation, is on display at the Annenberg Space in Los Angeles.

​In 2013, Dorfman spent six months photographing young Syrian refugees for the United Nations High Commissioner for Refugees. “For the most part, it was a real struggle to hear their stories," she recalls. She says they had very "poignant and powerful stories" and it was "difficult not be depressed."
Can you tell us, more about yourself and when did you become a photographer?
"I started working really in my late 20's. I published my first book around 26. It was a documentary book on young adults with cancer because I have been a young adult with cancer so I wanted to give something back. So, I did this book which was very documentary in style and from there, I went on to start as a photojournalist. That's what I thought I wanted to be and do. I really hustled some jobs through newspapers and magazines and eventually, I became an editorial photographer and magazine photographer for lots of magazines like, The New York Times and The New Yorker."
​
What do you try to say with your photographs?
"With the refugee work, specifically, I was in the Middle East for almost a year. And I covered a lot! I was there as photographer for the UN. I was not there to do whatever I wanted,  I worked for them.  The assignment was to help raise awareness of the crisis and the pictures were used for UNHCR Campaign.  I thought, this is an area people really want to know something about. They're generally interested in what young people have to say and it's also an area I'm always trying to find a way that somebody else hasn't done. I'm trying to find something that I haven't seen a lot of or is under-represented. I'm always looking for the under-represented person to give them a voice. I wanted them to tell their stories so people get an idea of what their stories were."

“I'm always looking for the under-represented person to give them a voice." 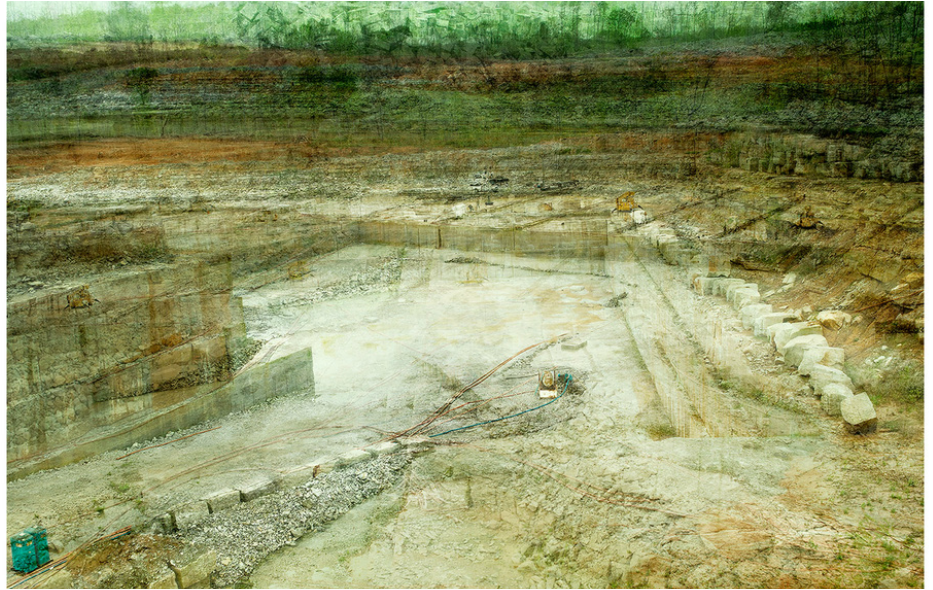 I was very moved by the stories you tell about the refugees in your photos...
"It's shocking to me how few people know anything about the crisis. I'm asked to talk a lot and I think why I must talk so much is because I'm one of the only people who has been there. I think it's very distant.  I’m so happy that many people seem to be really hungry to have an idea of what's going on. I always think it's really important to have voices. In my New Yorker piece, there's Hany, the young man who speaks English, and people connected with him.  Because they could understand him and he was so sensitive and he's a really powerful guy. I think people really connected with him because he spoke very honestly."

"There is certainly fatigue of hearing: there's no work, what can we do, we can't help you..." 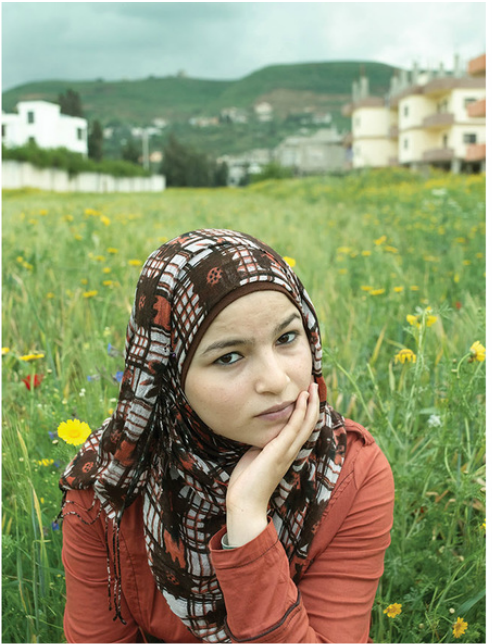 "Even the young woman I met in the camp, she was studying law. She spoke about if only somebody would give us an education or provide for us here in this camp with schooling, I could carry on with my life, but I don't have any opportunity. I think people really understand the struggles.

There is certainly fatigue of hearing: there's no work, what can we do, we can't help you, and that is difficult because even I got fatigued just hearing the same story. It's always trying to be presented in a way where there's a different perspective or you can connect with the person, even if you've heard the story before. Her face was different, it somehow connected."

What motivates you to continue taking pictures?
"You have to follow what moves your heart. So, the crisis certainly moved my heart and still does. I stay really on top of it and look for any opportunity to go back. I would go back in a minute.

But, I also have a fine arts career so I need to make keep making bodies of work that I can exhibit. I'm trying to balance two parts of my life. I'm totally very motivated by humanitarian issues - particularly by this crisis because I spent so much time in it and saw it first hand. But you could say the same for people who are ill or any kind of story. I'm very motivated by people."

“You have to follow what moves your heart. So, the crisis certainly moved my heart and still does.” 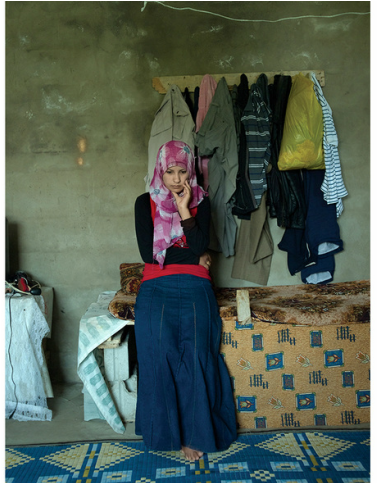 What is the one thing you wish you knew when you started taking photos?
"So many things. I was always very excited by the possibilities of what the camera could convey and about photography, about picture making...so that was always very, very exciting to me.

​I don't know that if I could have learned this, but ...how to sustain a long long career with its ups and downs. It's something everybody is looking for the answer for. As I continue now into my 20th year of taking pictures, how to stay creative. What do you have to do to continue to stay vibrant and creative and motivated to continue to take pictures...

Technically, I think I always was learning, always trying new cameras and films and moving from digital back to 16 millimeter film. I think I've always been experimental. I would say the person who really set the wheels in motion for me was a man named Eugene Richards. Kind of an old school amazing photojournalist. He had done a beautiful book that I really connected with called Dorchester Days. I told him how I moved I was and that I wanted to do this first book on teenagers. He really gave me a lot of time and he was like an icon to me. He said, no matter what, do the story. Work at a restaurant, clean houses, do whatever you have to do to make enough money so you can make your pictures. He was hugely influential to me.

"No matter what, do the story...do whatever you have to do...so you can make your pictures." 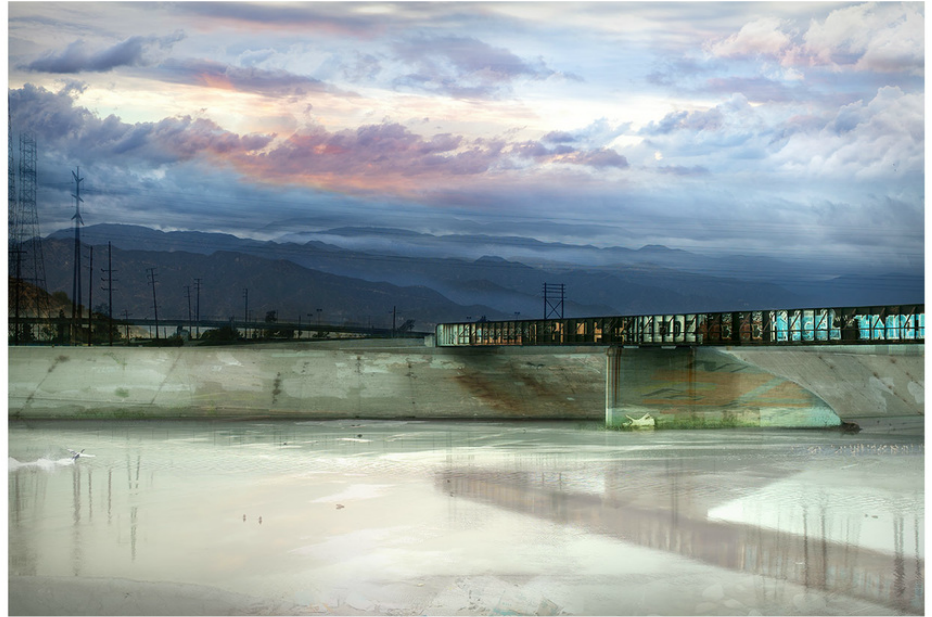 What do you think of the photography industry at the moment and where do you see it going in five years?
'I think there is a trend now, we are so steep into digital now. I don't know, I've participated in Facebook and Instagram and Snapchat... but I don't feel a huge connection to them. A lot of what I see from my world, people are taking a step back in the other direction, they want paper, they want film to do techniques that are kind of old school. I'm seeing a big trend back to the tactile and back to the alternative forms of photography." 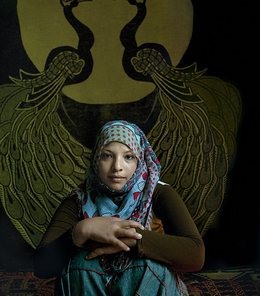 Was there something when you were starting out that you were interested in capturing in your work?
"I think I always wanted to tell stories about people. You know, that's always what I've been interested in. People. I'm interested in people's lives and places and really felt like the world was something I wanted to explore. So, my life was always out, looking for interesting stories and people.  That's at the heart, even in my fine art."

It's about that. I started early as a photojournalist telling stories about people. I did lots of stories about religious communities and people who work with animals... just telling stories.
​
Photojournalistic reporting was a particular style to me, so that connected to the pictures. I want the pictures to connect. It was about just letting them tell their own stories to me, regardless of what the subject matter was."

"I think I always wanted to tell stories about people. You know, that's always what I've been interested in. People."

To visit the exhibit at the Annenberg Space, click here.