Written by Joshua B. Williams
​Photographed by Melissa Chavez & Yashaswi Iyer
​“Don’t need anything but a notebook, some ideas and a pen,” Terry Robinson tells me about writing poetry as I begin the interview. If the name doesn’t sound familiar, you might know from his song: “For Her Souly, Slowly, Solely” with the hip-hop group Darkleaf or his music video, “What’s The Altitude”, with Cut Chemist. Growing up in an under privileged area of Los Angeles, Robinson was exposed to a life with many obstacles. But he managed to overcome them through the escape of poetry, hip-hop and education. By learning from his life experiences, Terry realized that he could satisfy his passions to give back what he had learned by becoming a licensed therapist. Thankfully, I had the pleasure of being able to learn more about Terry’s story as a young man and how he made it to where he is today. 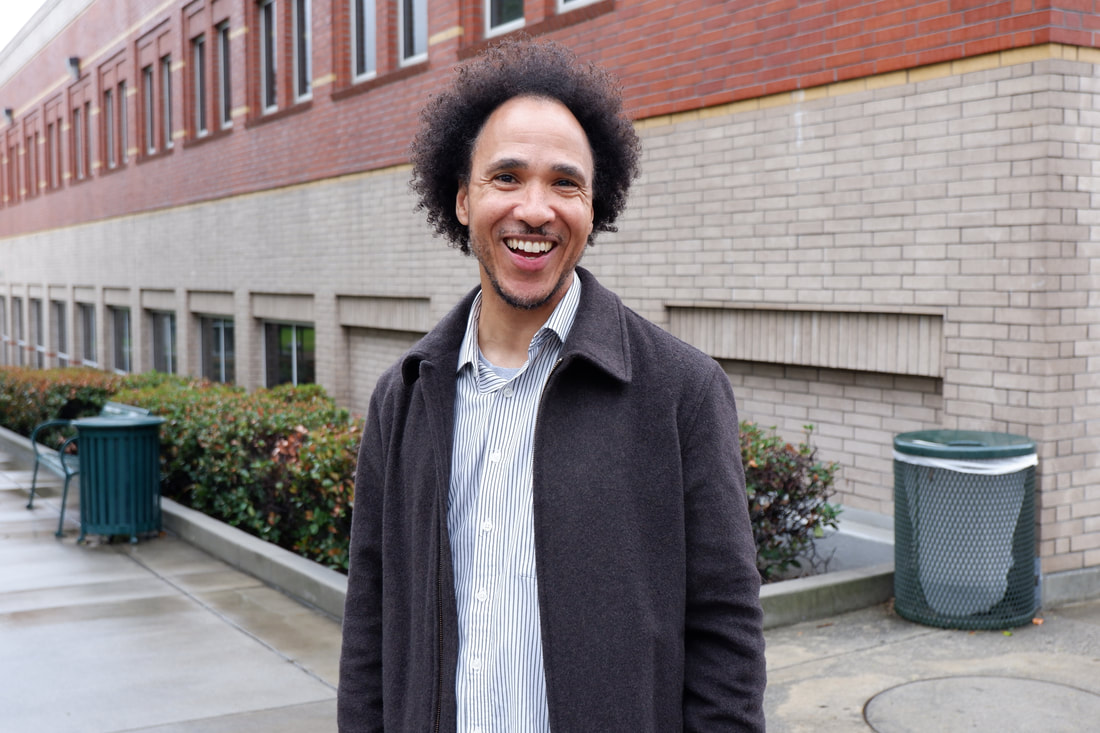 We both found it quite amusing that something as old fashioned as a Canterbury Tales reading turned out to be the spark he needed to becoming a hip-hop artist. In that same class, he met Marcus Chinelo, who connected him with DJ Cut Chemist (a member of the hip-hop group Jurassic 5). It was Terry and Chemist who collectively would help form the hip-hop group Darkleaf in 1988.

​“The group consisted of various incarnations, a collective of up to a dozen members at a time.” The hubs of the group were George Cole, known to the hip-hop community as Jahli and Terry, himself, who went by the name Hymnal. “I named myself after the biblical song book, which alludes to where I felt the source of my talent derived from (at the time) and designated the way that I focused to spread my message. However, it wasn’t particularly religion that I spoke from, just the greater good.”

The group’s raps were based off of social justice, self-empowerment, African American history/culture and community empowerment for the under-privileged. Robinson examined that he centered many of his rhymes off of “problems that I perceived in culture while suggesting solutions to them,” which I like to call bringing out his inner therapist. Other members of Darkleaf would also explain, through poetic passages, not only their perceptions of problems within the community, but themselves as individuals. “We would describe the hardships we went through as young men and try to use what we were learning to solve our problems.” These solutions had mixed results. 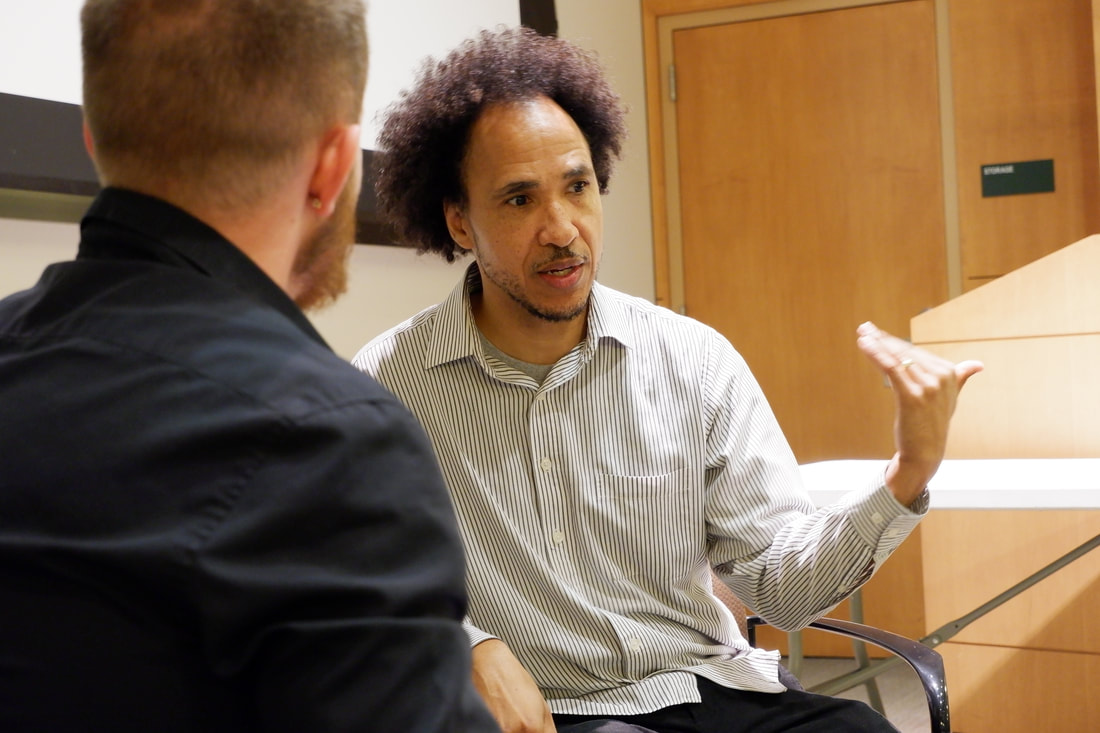 "As rappers, we sought to emulate the role of the Griot; to be the truth teller and the story teller by giving instructions on how to use metaphors to bridge neural connections."
​“When you grow up in underserved communities without a solid family foundation, there’s a strong chance that you will make decisions that would not be condoned by those who care for your wellbeing," Robinson described some of the details that came with being part of this environment, recalling some of his generalized experiences. “They were searching for enlightenment through substances, which inevitably brought back trauma that had not been resolved.”

​Thinking about this reminded him of the absurdities with living this way. “People actually treated this lifestyle like a religion; relying on unhealthy psychological techniques to break down their mental processes. They were creating their own rites of passage. It was art designed to understand the more difficult sides of themselves. An attempt to transition without being taught how to. But that’s just how it was, and unfortunately still is in many different parts of world.”
​
“I feel like I’ve been to the peak and now I’ve come back down from the mountain to share what I gained with the world.” 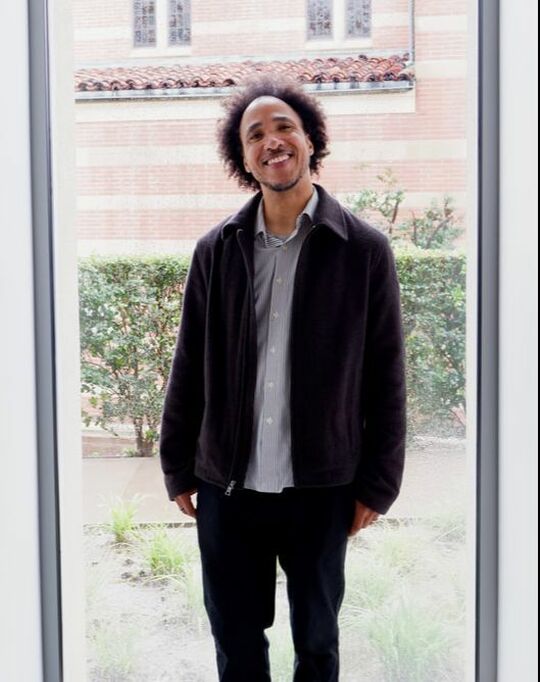 It was going through these bewildering experiences that ultimately paved Terry’s path to become a therapist. When asked why he chose this route, Robinson discussed some of his studies from African culture influences: “Storytelling, was job of the Griot, who was a revered member of the tribal unit. As rappers, we sought to emulate the role of the Griot; to be the truth teller and the story teller by giving instructions on how to use metaphors to bridge neural connections. Because I felt as if I was a Griot in my own way, it was imperative that I returned that skill-set to the people. And the most readied form of the Griot that I found was the psychologist.” Guided by his will to help people connect thinking patterns in a healthy way, he decided to go to school to formalize this tradition.

​​Robinson later received his Master’s in psychology at Pacifica Graduate Institute and began working as a marriage, family and children’s therapist, which he continues to practice today. When he’s not at the office, you can catch him, writing and reciting poetry, practicing meditation or spending time with his family. You can read one of his more recent poems on Cultural Weekly called “Love Masters All of Running time.” Robinson ends the interview with his own truth, “I feel like I’ve been to the peak and now I’ve come back down from the mountain to share what I gained with the world.”