Written by Nick Bianco​
Photographs by Stage Kids
​In their 2016 documentary, A Stage Kids Documentary, they give an in depth look into how the band started, and where they’re at now. All working separate full time jobs now, they still get together every Friday night to play music. That is one of the many things that is so special about this band, as all being best friends since childhood, they have never let life and adulthood get in the way of their music. There has never been an ulterior motive, such as only making music to become rock stars, but rather they are playing music because that’s what they genuinely love to do, and this really comes through in their music.

​Being best friends since childhood, they seem to have an unbreakable bond between each other, both in and out of the studio. Because of this bond, they seem to have an incredible understanding of each other’s musical pockets, this is also abundantly clear in their music. Being on the same musical and mental wavelengths is essential while playing the genre of music that they do, especially as they are constantly changing tempos and rhythms,. I had the privilege of getting to sit down and talk with members of Stage Kids about some of these things,

"The sound we’ve created together is much more of a concoction of seven different musicians simply jamming out what we’re feeling." 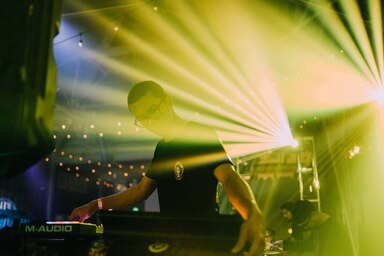 So starting off, for those who don’t have an idea of who you are, can you briefly explain who you guys are, and what you do?
We’re a group of 7 dudes from San Diego, CA that love jamming to what some have called ‘Space Jazz’ or whatever the hell you wanna call it and we indeed love it.
​
How do you think growing up in San Diego has influenced your music?
Very significantly. We all grew up going to local shows and haven’t stopped (other than Covid times). We’ve always been very much involved with local music and you can hear a piece of every music era we’ve been a part of in our music.
How did you all meet each other?
Most of us have been longtime friends from High School and some of us as early as kindergarten. In high school, we had an even larger crew of musicians that all hung out  on the stage area during lunchtime (hence the name ‘Stage Kids’) that was essentially split into two bands and through time, SK eventually formed the lineup we are now.

"We’ve probably jammed close to every weekend for the better part of 15+ years. We genuinely have fun jamming with each other..."

What do you think has kept you guys together for so long?
Friendship and consistency. We’ve probably jammed close to every weekend for the better part of 15+ years. We genuinely have fun jamming with each other - almost too much drunk fun sometimes. Even with some minor rifts here and there, we’ve all still been every bit dedicated to continue making music.

"Do whatever the f*ck you want and have fun doing it." 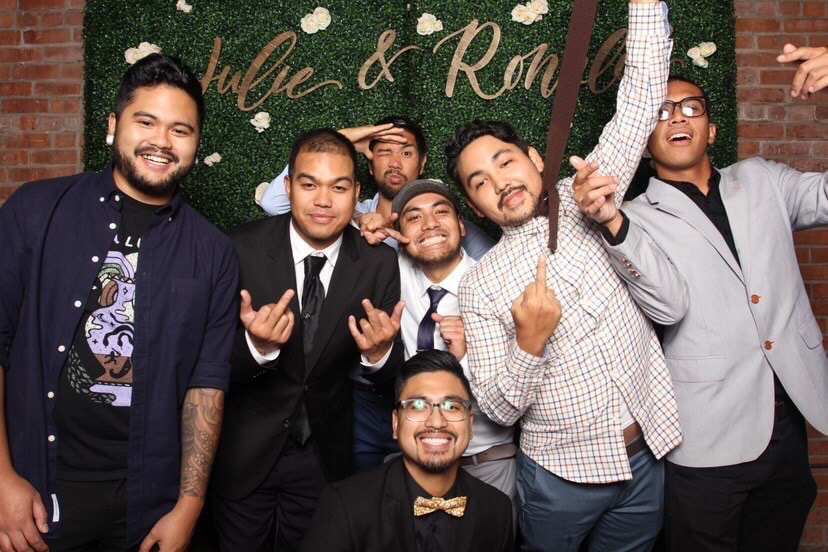 Being from San Diego and writing for Los Angeles outlet, I must say that I’ve always felt . . . inadequate, at least when it comes to things that I can be proud of, in terms of coming from my hometown. The one thing I have always been proud to represent, however, is this band.

It must be said that I’ve been wanting to sit down with these guys since the moment their first release hit my ears in 2011. Already having known a decent amount of information about these guys prior to the interview, I had an idea of how close they all were as that even comes through in their music. After this interview, I feel as if I have a new level of respect for their artistry, musicianship, and camaraderie.

​In the interview, they make a point to say, “. . . I think the latest release we have coming is an example of how our sound has quite changed throughout the years.” I made a point to go back listen to all three of their main releases after this interview, and I have to say, there is a distinct progression in sound, although I still all enjoyed them equally, all for different reasons. While their influences and sounds have changed over the years, the one that has stayed consistent is their musical brotherhood.


Stage Kids' most recent album, Intra Mental, is available on all platforms and can be listened to here!
Follow Stage Kids on Instagram: (@stage_kids)