The XFL: Football for Fans 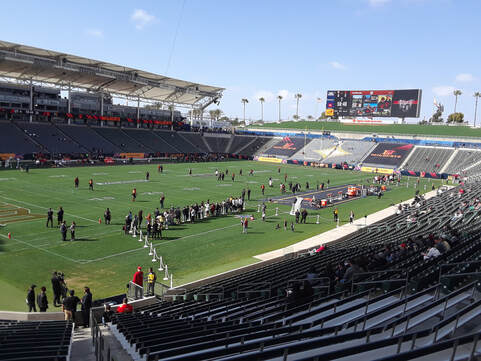 LA Wildcats practicing before the game. Home jerseys are black.
​Still wanting to watch high quality football after
​the Superbowl?

Want to attend games without it costing an arm and a leg? Want to have a good time with friends watching the local team? If yes, you may want to attend the XFL games hosted in Los Angeles.

In February 2020 the XFL began as a new football league. This league was created for fans of the game who dread the long wait between the football-less months of February and August. The XFL experiments with new rules to make football games less tedious to watch.

​They have implemented a faster game clock, a new kind of kickoff, and the rule that the extra point must be called a play that is worth 1, 2, or 3 points depending on the player’s position on the field
This league also provides a chance for players that may have been under skilled in the NFL to get better as well as get payed. Due to this kind of player base you get a game quality that is between College Football and the NFL. But the competitive nature of the sport still carries through, creating a great product
​for a low price. 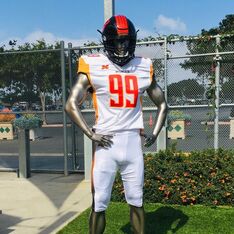 At first this might raise some flags because the Chargers charge between 100-300 dollars per ticket, depending on who they are playing. This is not the case during Wildcat games, where tickets range from 15 to 80 dollars.

​One of the great features of the Dignity Health Sports Park is that there does not seem to be a bad seat in the stadium. In addition, discounts are also given to groups of 8 or more. These perks give the XFL games an incredible value.
As a new league, the XFL faces one major problem, establishing a fan base. This is evident when looking at the stadium during one of their games. On average, the stadium is about 65 percent filled, with the majority of fans seated in the endzones due to the cheaper seating prices. This lack of attendance is even more noticeable when fans show up late to the events. Though the seats might not be filled, the people who do go tend to be bigger fans of football, and this fan support helps foster a more enjoyable environment. Overall, the environment for the games is fun, especially if you go with friends. 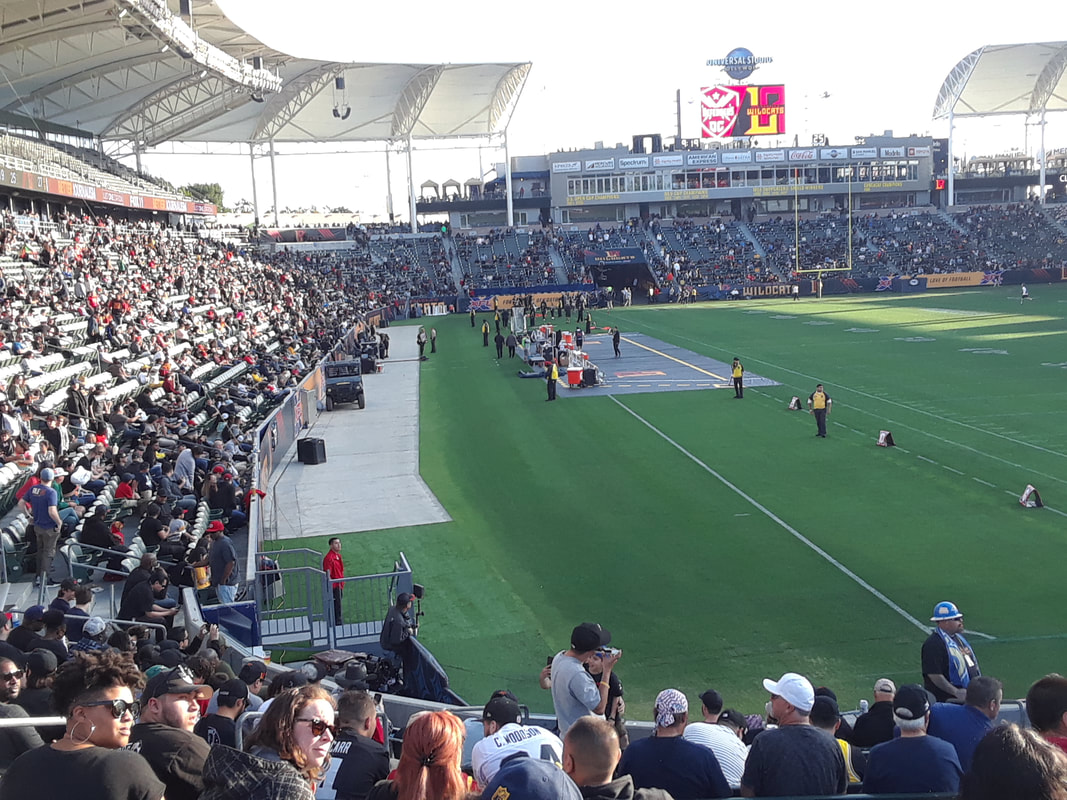 Due to being a new league, stadium capacity is nowhere near full. 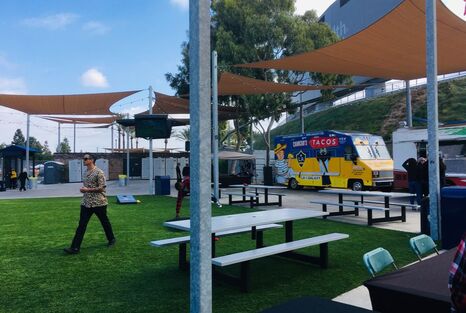 The "Fan Tailgate" is a good idea on paper but there isn't much to do.
​The XFL focuses on fan experiences more than the NFL. This means small adjustments like making the play clock faster, allowing players to address fans during the game, as well as offering a “tailgate experience” for fans who arrive early help keep fans involved throughout the game.

However, the tailgate experience is somewhat lacking. The tailgate provides food and drinks at a slightly cheaper price than inside the stadium, and it also has live performances and booths from local businesses.

​This sounds great on paper but you're better off grabbing a group of friends and having your own tailgate. 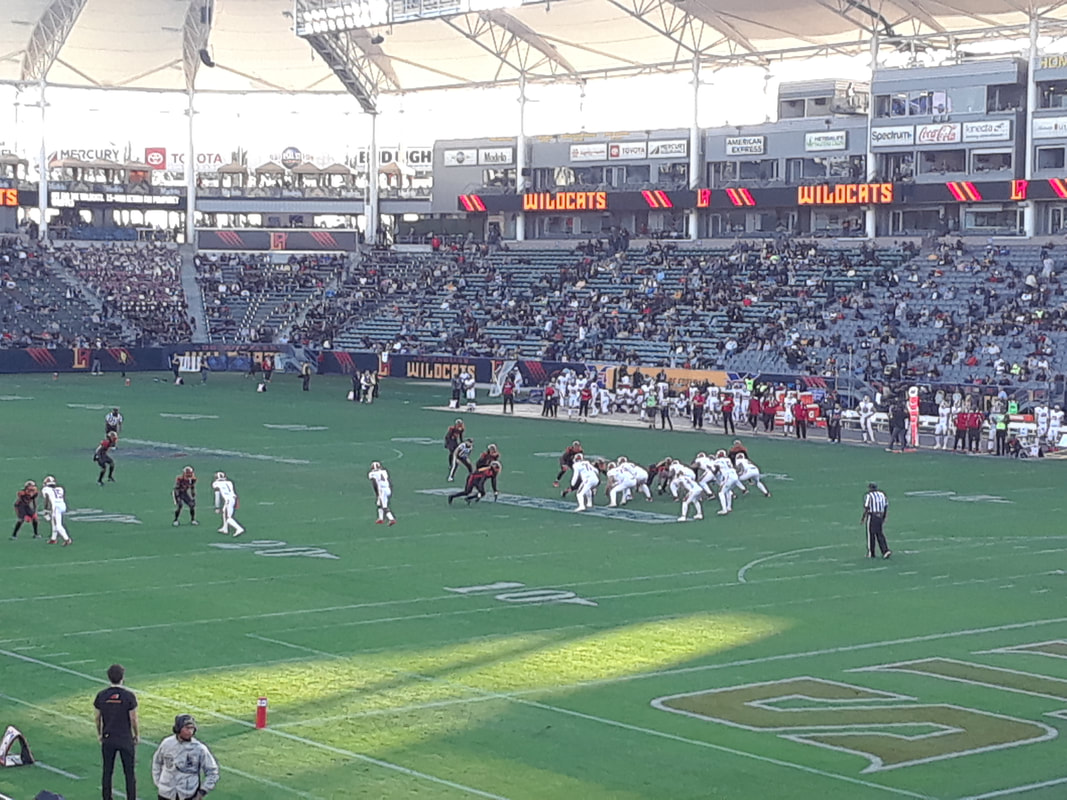 Black (Los Angeles Wildcats) White (D.C. Defenders)
Price: $$/$$$$$. The ticket cost can be quite low if you go with a group ranging as low as 12 dollars. However, I wouldn’t recommend buying too many concessions from the stadium as they tend to be very overpriced. Having your own tailgate with friends is the way to go.

Atmosphere: 3/5. There are some things that the XFL does great to keep the atmosphere lively. I really think it's up to the fans now to do their part to improve the attendance of the game

​Overall Experience: 4/5. I heavily recommend bringing friends. This event becomes exponentially better with every person you bring. Furthermore, the more people you bring the bigger the discount becomes and the more value you'll gain. It was a great and affordable thing to do over the weekend, and honestly if more fans show up it would be an even greater experience. 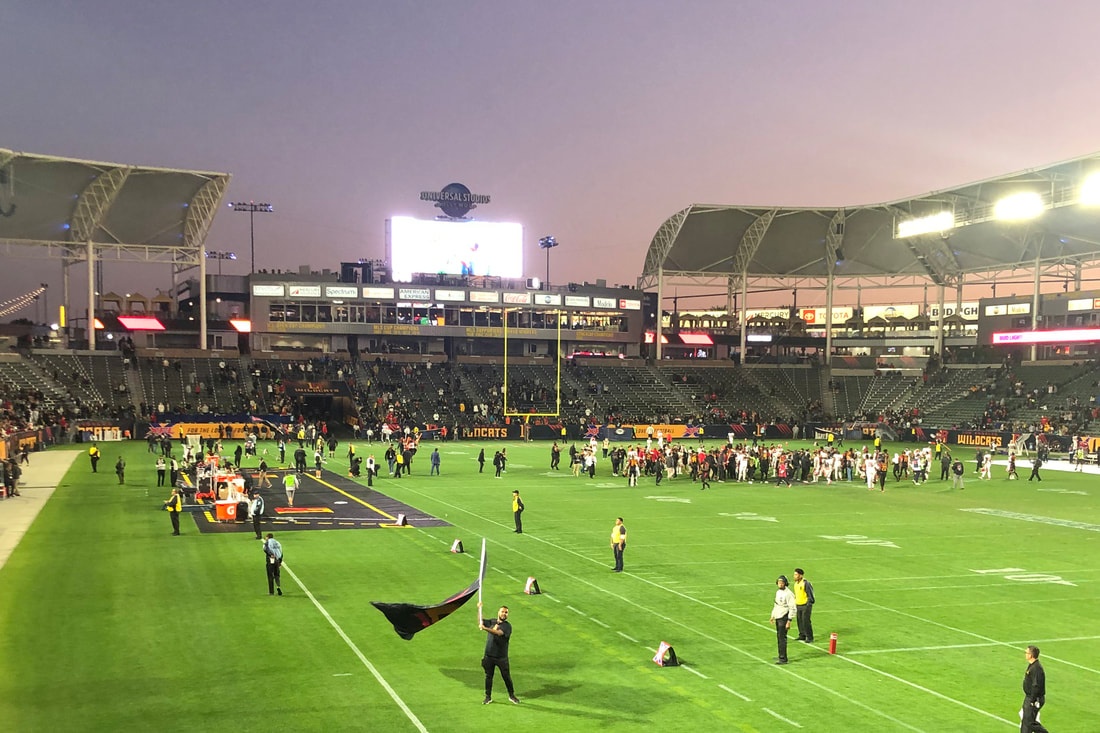 The end of the game: LA Wildcats 39 D.C Defenders 9
The Future: Due to the 2020 COVID-19 virus the league has filed for bankruptcy, so as of writing this the future of the league is unknown. Hopefully, someone sees the value in having this league and brings it back. It was something affordable and fun to do in Los Angeles.