Written and Photographed by Ega Simbolon
​Los Angeles contains many peculiarities. It is a hub of culture; from entertainment, art and many unique cultural experiences. With numerous cultures residing in Los Angeles, traditional foods have become part of the norm in some restaurants, one food type in particular are bugs/insects. For those who want to take on the wild side of the culinary world in Los Angeles, give these a try: 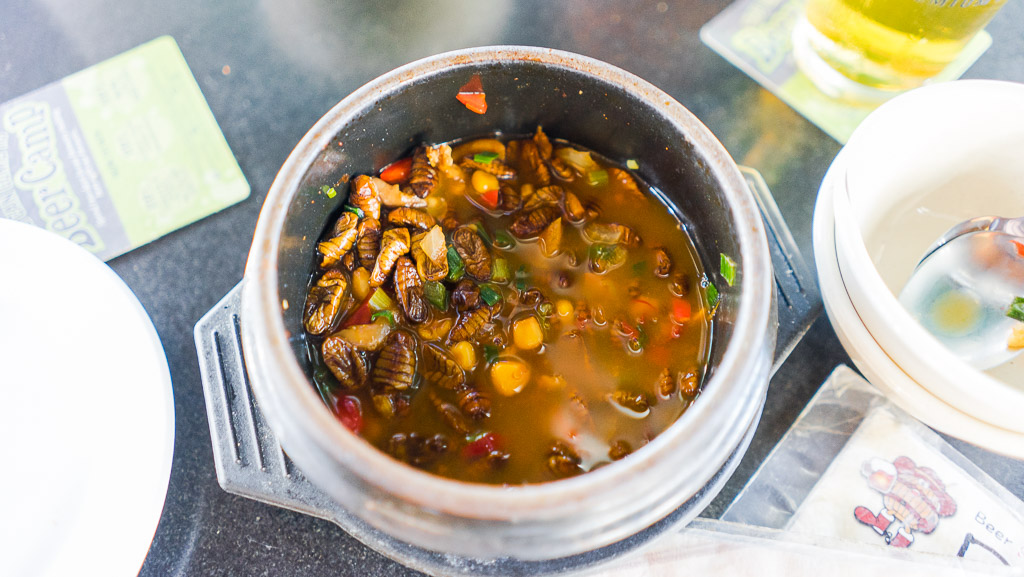 Served inside Mok Maru Jong Sul Jip, this is not your usual Korean food fare that is popular in Koreatown. This unsurprisingly pungent meal is served to you extra hot, with a variety of spices, peppers, onions and whole lotta silkworms. It’s texture is reminiscent of beans and once you bite into it, it’s somewhat bitter and rubbery. It is served up in a cauldron reminiscent to the ones Harry Potter used to make his Polyjuice Potion (Probably taste the same too). You might want to order a side of rice to help with the flavor.

​Pro Tip: As Sul Jip is a bar, make sure their kitchen is open first, as they usually serve this meal for dinner. 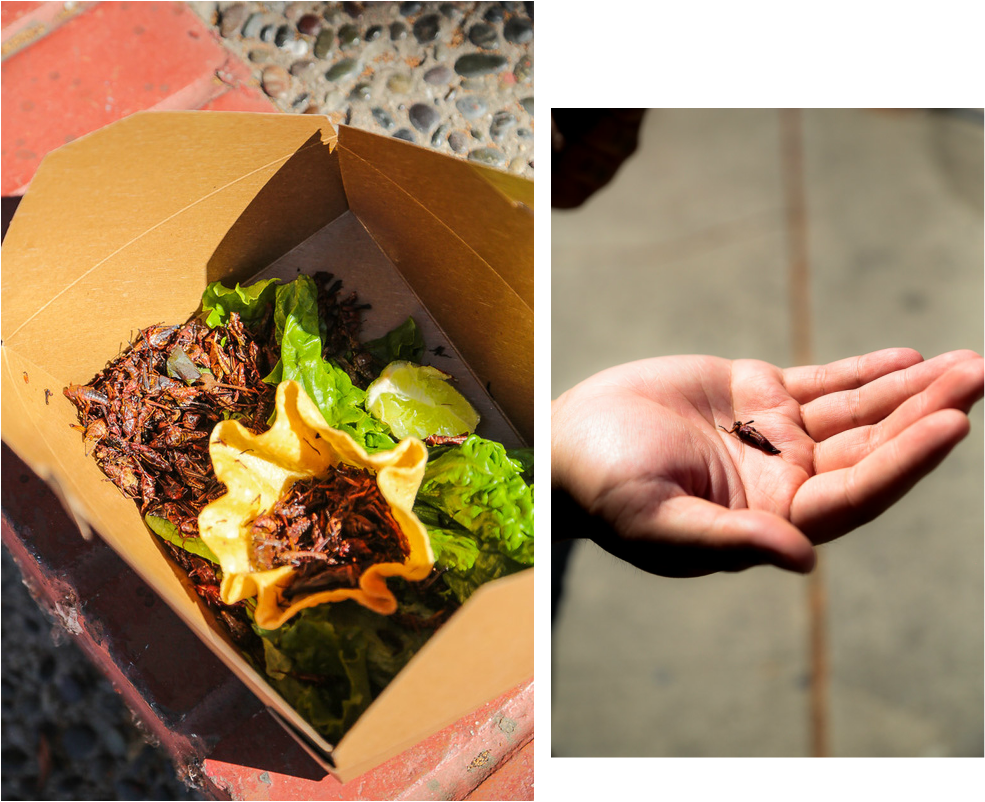 Anyone up for some tacos? In Guelaguetza, a Mexican restaurant strategically located in the heart of Koreatown, grasshoppers are fried up as is and served with a bed of tortilla, lettuce and a variety of salsas. It’s crispy, earthy and extra oily and it takes a few bites to chew down, but it’s definitely worth the try!
​
Guelaguetza, 3014 W Olympic Blvd, Los Angeles, CA 90006
​ 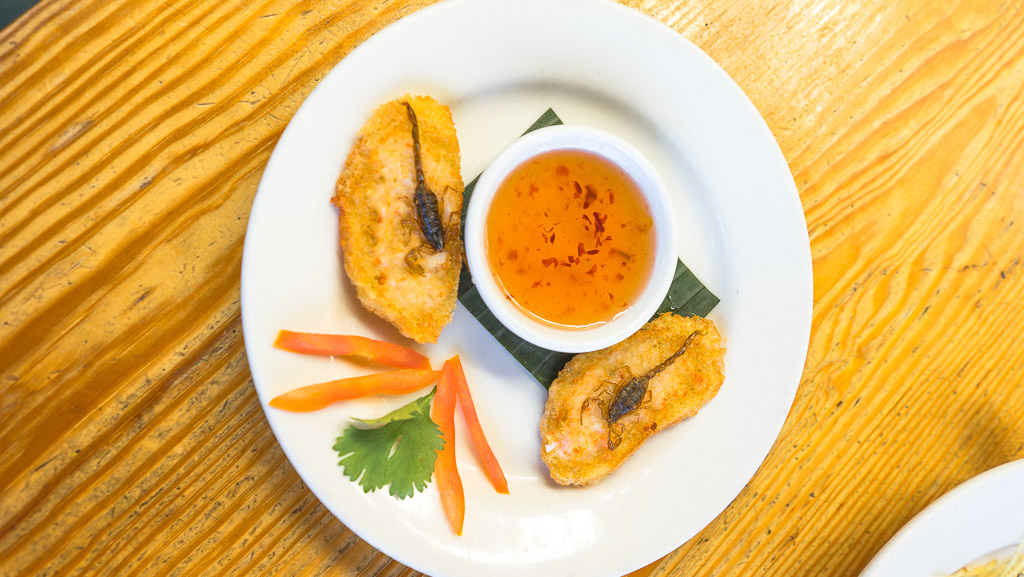 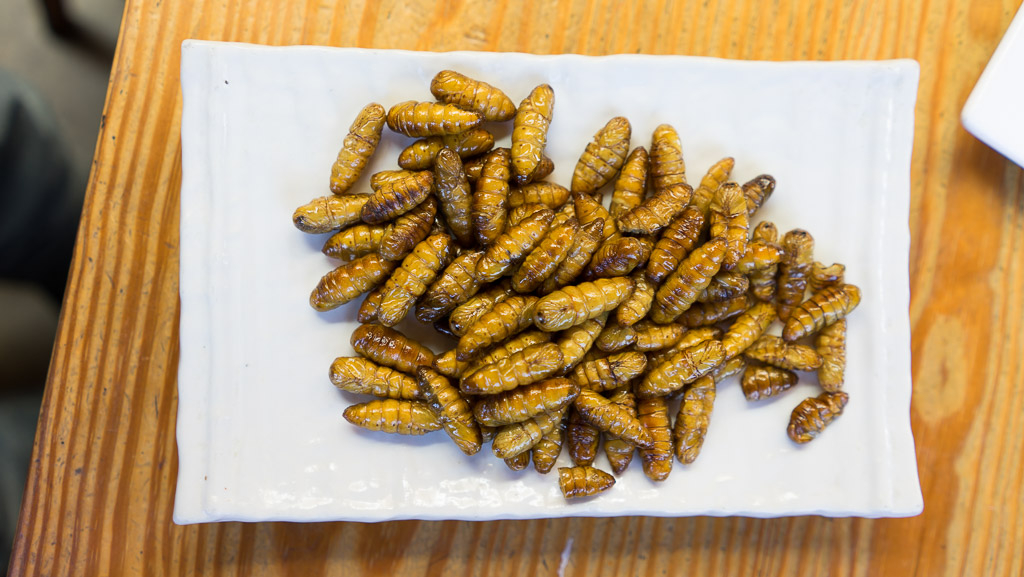 This one is more of a snack. Fried to golden brown, the silkworms are presented with a variety of sauces from salt with chili oil, Sriracha, chocolate, spicy mayo and peanut sauce. One should try the silkworms by itself because using the sauces is basically cheating; you got to get the natural taste of the silkworms, which is different than Sul Jip’s offering. It’s crispy on the outside, and cold and smooth on the inside. However, if one must choose a sauce, it should be salt with chili oil. 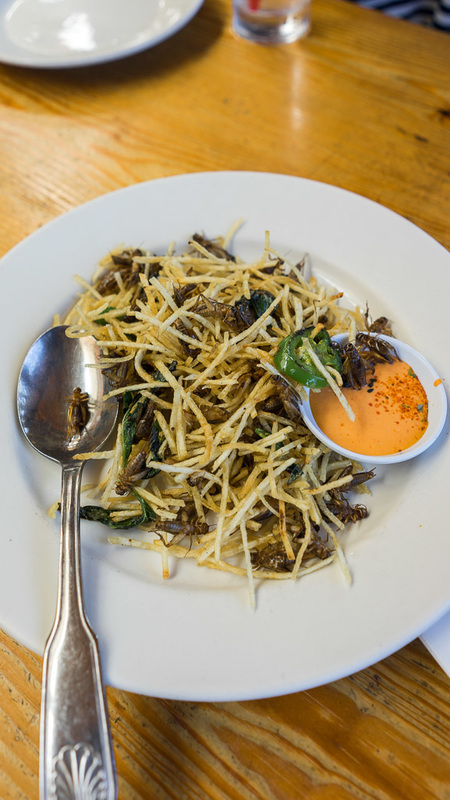 Quite possibly the best choice out of all of the five, this one is also similar to a snack, served with fried chips,  fried onions, chili peppers. The crickets are deep fried to extra crispy, making it easy to chew. It is a light snack and you don’t really think of the oily texture of the crickets too much. If it were not in the shape of a cricket, people would eat this for days!