by Alex Gedoyan
Why stay at home and binge watch Netflix...when you can enjoy a once in a lifetime movie theater experience?  Scattered around Los Angeles are a number of unique and unconventional theaters, where you can enjoy a silent film or be immersed in a live show with music before the screening of a film.  No matter what option you choose, you are guaranteed more fun than sitting on your couch. 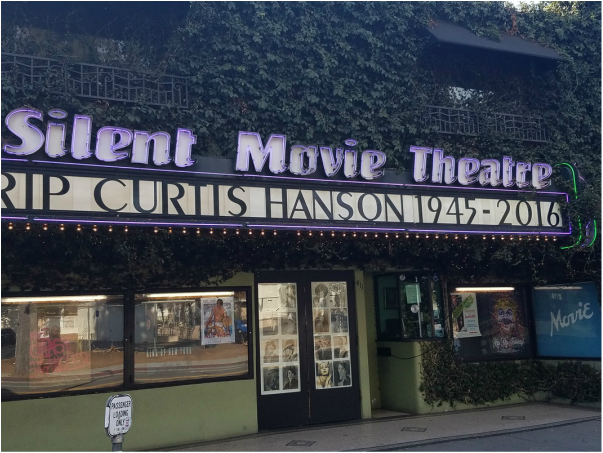 Cinefamily is a silent movie theater that was founded in 2007.  This theater has a wide variety of silent films, classics, and indie films.  This theater a nonprofit organization that was founded to give audiences an experience of silent movies from a lost age. What makes Cinefamily stand out is watching the films in silence.  On the second Saturday of every month, silent films are shown for audiences to enjoy. By showing these silent films, Cinefamily wants to keep the film culture engaged and gives them a different yet distinctive experience.  You can expect a different experience each time you attend. There are about fourteen shows each week and each show is a unique experience that differs from the others. Cinefamily combines their silent films with lives music, dance parties, potlucks, and special guests. 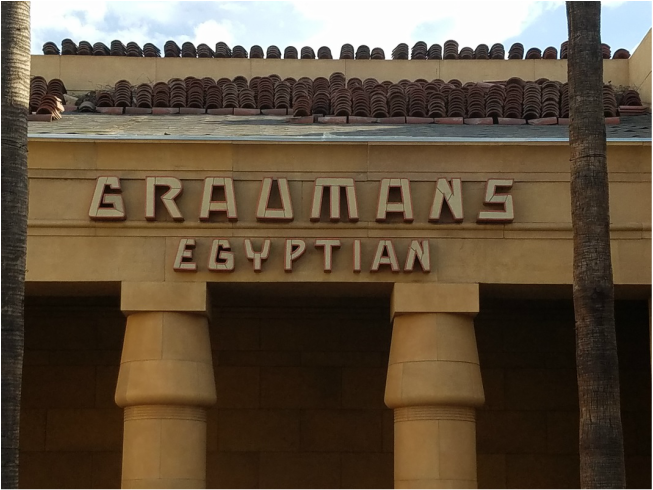 When viewing a film at the historic Grauman's Egyptian theater one can expect a one of a kind unforgettable experience. From the very first step onto the theater grounds the experience begins with its unique external and interior architectural designs. Every wall is covered in Egyptian themed paintings and hieroglyphics. The experience then continues into the screening rooms, which are spacious and elegant in design. When visiting the Grauman's theater you can expect to have a vintage experience. 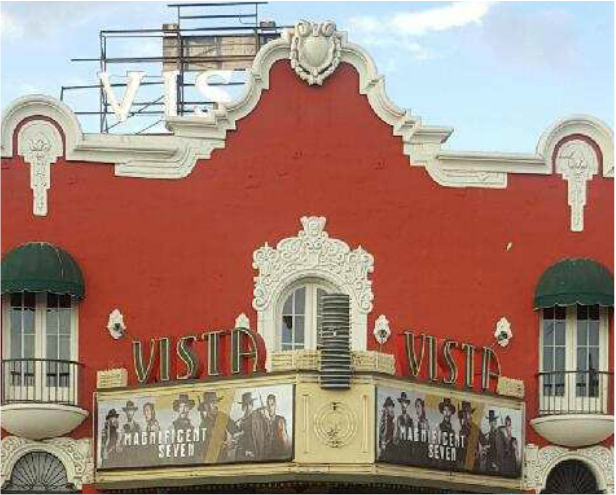 The Vista Theater, open since 1923, is known for its historic decor. What makes Vista Theater unique is that they screen one movie at a time for one-week. Located on Sunset Boulevard, its location and small size make the Vista a town gem. Since each week this theater features a different film the manager always dresses up as one if the main characters from the film. This leaves the audience feeling like they were part of the movie. One of the more memorable examples of this was when the manager dressed up as Harry Potter wearing Harry's entire outfit and interacting with the audience during the opening night of the film. If you want a hands-on experience the Vista Theater is the place for you! 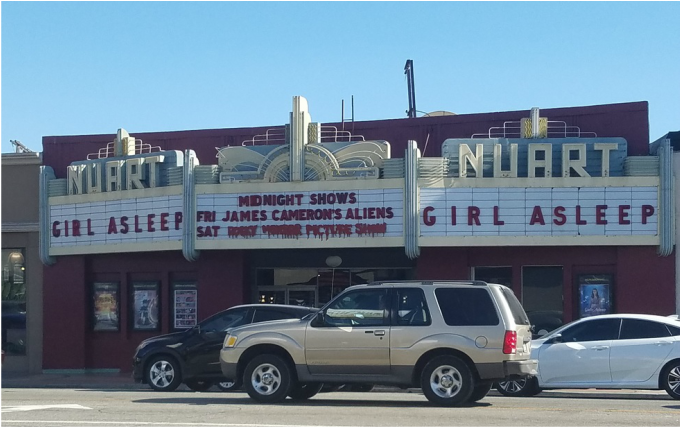 Nuart Theater is a movie theater that is known for screening independent, foreign, avant-garde, and newly released films. It originally opened its doors in the 1929. It became famous for screening the director’s cut of Blade Runner which sparked a new theme which then caused re-releasing films to become a popular thing. Unlike other modern theaters, Nuart Theater definitely has a different way of doing things which provides the audience a more of a show like quality. One type of show that the audience can expect is that every Saturday of the week at midnight, the theater shows The Rocky Horror Picture Show. Even though this is shown every Saturday the experience is unreal causing the line for this showing to go out the door! One unique aspect of this showing is that it is an interactive show which requires participation from the audience.  If it is your first time at the show you will be asked to get up on stage and participate in whatever they have planned for the evening. This theater is a must for an outgoing and adventurous audience who wants to be a part of a historic unforgettable experience. 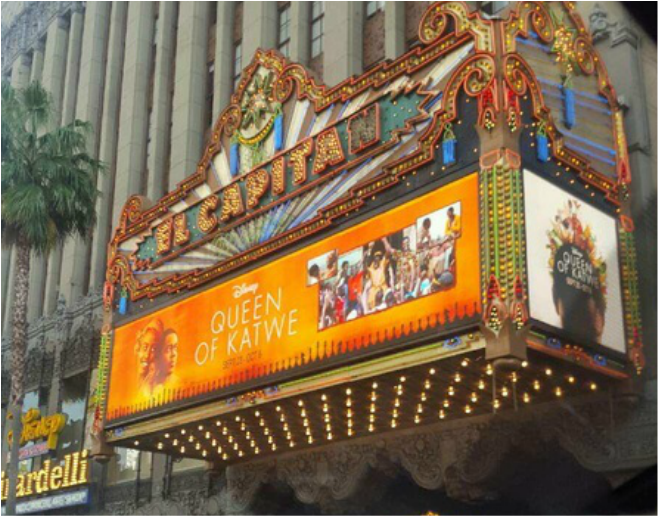 ​Dating back to 1926, The El Captain Theater is the premiere place to watch Disney films. This theater provides its audience with an experience that is definitely unique. When attending a screening here you should expect to see a live pipe organ performance and live shows before the screenings. Although the historic aspects are still present the theater has been fully restored. The exterior represents a Spanish Colonial theme whereas the interior captures a vibrant and colorful East Indian feeling. There are galleries throughout the theater that can be seen both upstairs and downstairs. What truly makes El Captain special is their attention to detail and themes. When they had a screening of Finding Dory, the El Capitan brought in actual aquariums on both levels of the theater and placed coral reefs throughout the front of each of the balconies.