by Erik Danryd
Los Angeles, despite its reputation, actually has many great works of architecture from the historic Bradbury Building, to the iconic Griffith Observatory, to the perfectly strange Walt Disney Concert Hall. The San Fernando Valley doesn’t get a lot of love, but despite its reputation, it too has plenty of good examples of architecture, you just have to look a little closer to find it. 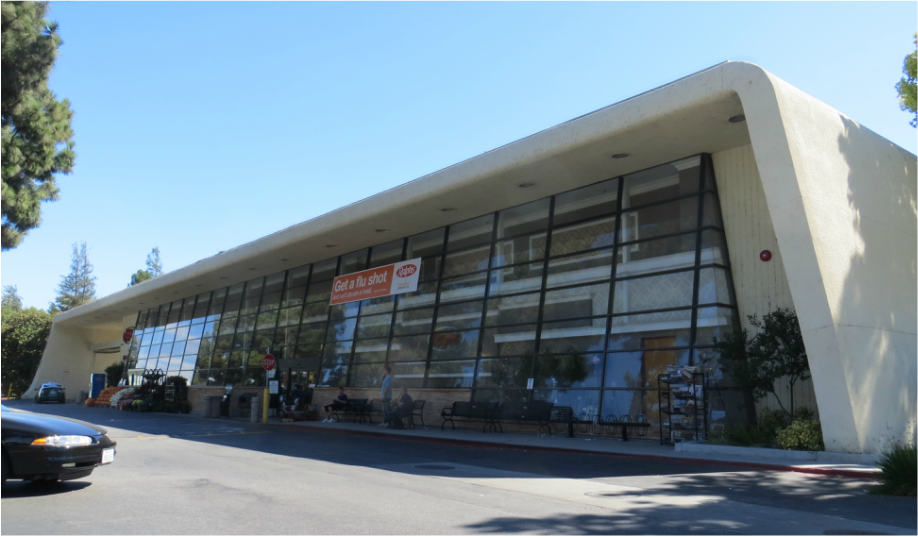 5. Ralphs
12842 Ventura Blvd, Studio City, CA 91604
​This, admittedly, is a weird one. However, this supermarket doesn’t get the architectural recognition that it deserves. Though the interior looks much the same as any other Ralph’s, the exterior maintains the same modernist style that it had when it was completed in 1972. Originally a Hughes Market designed by Tarzana-based R. Leon Edgar, the Ralph’s on Ventura Blvd. features a single slab of smooth concrete for the roof that curves down to form the side walls. This form frames a curtain window that makes up most of the street-facing façade and provides plenty of natural light for the shoppers inside. This emphasis on the horizontal is a distinct feature of (you guessed it) Mid-Century Modernism, from a time when the Valley was more rapidly growing and experimenting with new kinds of architecture.
​ 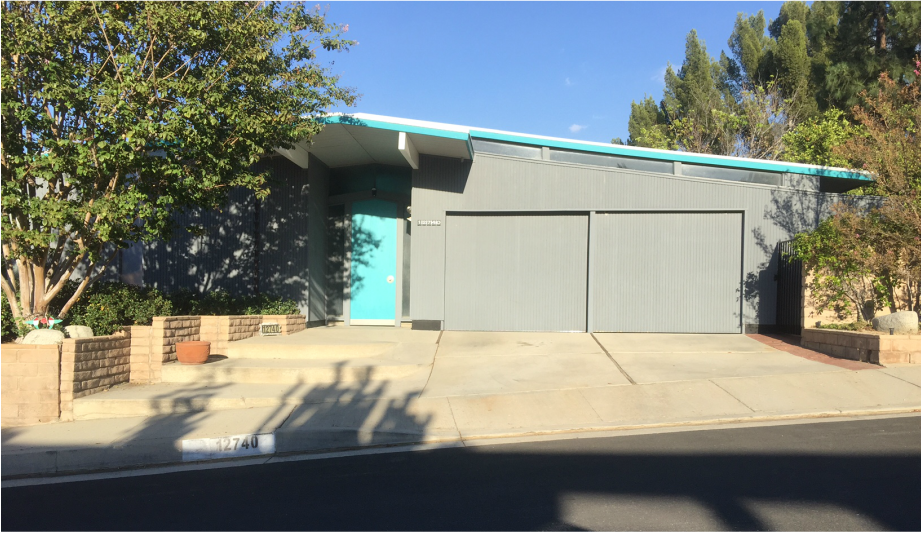 4. Balboa Heights
​12740 Darla Ave. Los Angeles, CA 91344
Growing up in a Frank Lloyd Wright designed home instilled in developer Joseph Eichler an appreciation for modernist architecture, which he carried into his professional life. After building thousands of homes in Northern California, Eichler created Balboa Heights, a housing tract built on former Orange Groves in Granada Hills between 1962 and 1964. The neighborhood of 108 Mid-Century Modern homes is as intact a monument as exists to the Valley’s legacy of suburban growth after World War II, and was the first neighborhood in the San Fernando Valley to be granted historic status. The residences were designed by A. Quincy Jones, Frederick Emmons, and Claude Oakland, and feature four different housing models. The mid-century style is shown in the varying Flat, A-Frame, and Slant rooves and the homes adherence to the California ideal of a building complimenting its landscape. The modernist design continues on the interior, with open floor plans arranged around open-air, glass-walled atriums, polished concrete floors, and clerestory windows.
​ 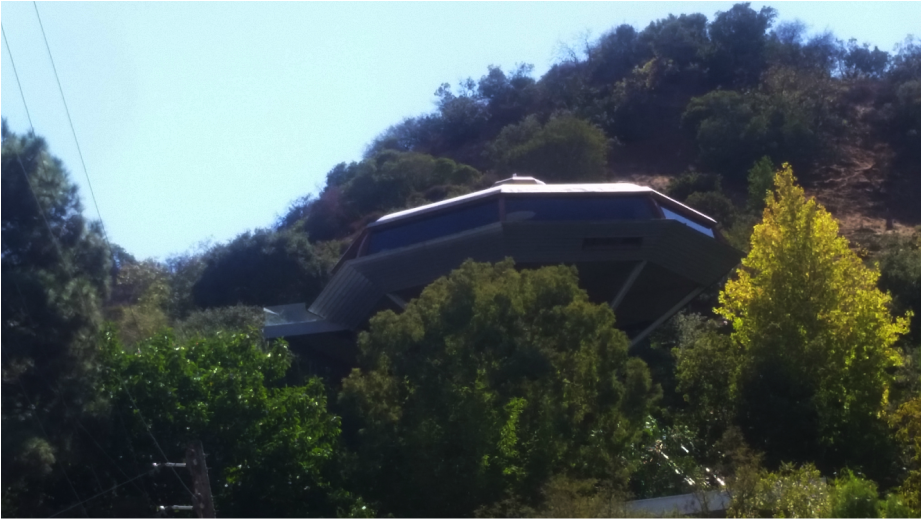 3. Chemosphere
7776 Torreyson Dr, Los Angeles, CA 90046
Few homes embody the modernist movement in Los Angeles better than the Chemosphere. The residence was designed by John Lautner, the L.A. architect responsible for many houses in Silverlake and the Hollywood Hills (including the Sheats-Goldstein House). And despite it being one of his only works in the Valley, it’s arguably his most iconic. The single-story home is octagonal in plan, is surrounded by 360 degrees of glass. Its most significant feature is that the saucer-shaped home sits atop a 29-foot concrete pylon. It was commissioned by a young aerospace engineer named Leonard Malin, who had only $30,000 and a steeply sloping site. The solution was to raise the residence almost entirely off the ground, with a concrete patio allowing for access to the building. went on to raise four children in the home.
​ 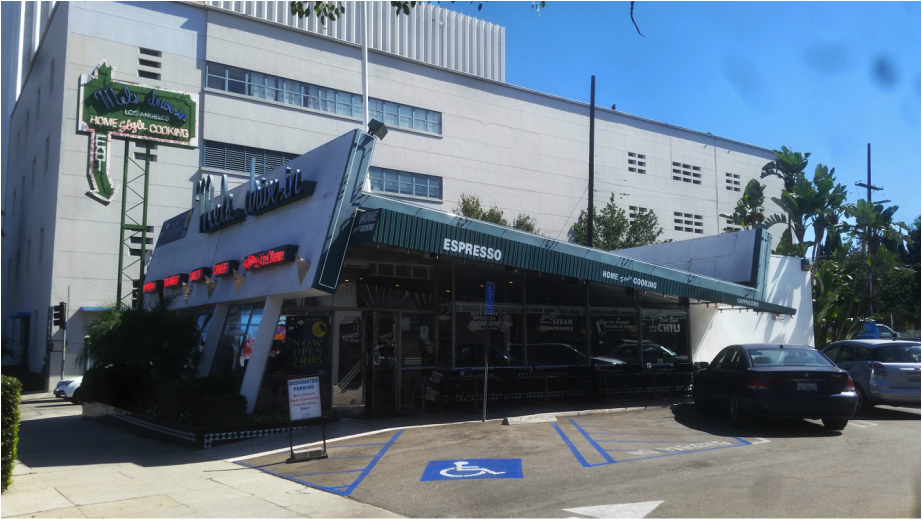 2. Mel’s Drive-In
​14846 Ventura Blvd, Sherman Oaks, CA 91403
No list of great architecture in Los Angeles would be complete without mention of Googie Architecture. The style was named for the Googie Coffee Shop on Sunset Blvd. (which was demolished in 1989), which was meant to look futuristic. Mel’s was designed by Armet & Davis and opened in 1953, and with its neon signage, its wraparound picture windows, and its angled roof, is one of the best examples of Googie in Los Angeles and one of only a few examples of the traditionally disliked architectural style left today. Googie was particularly popular here (or arguably, less popular everywhere else) as a way for businesses to catch the eye of Angelinos passing in their cars. Other notable Googie buildings in L.A. include the Premier Car Wash in Encino, and the Theme Building at LAX.
​ 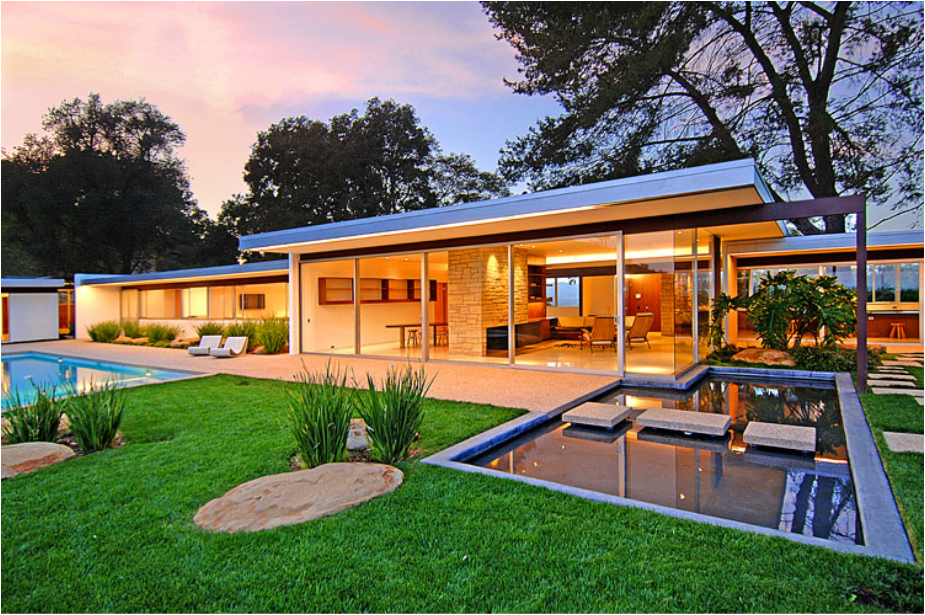 1. The Singleton House
​15000 Mulholland Dr, Los Angeles, CA 90077
This modernist masterpiece teetering on the edge of Hollywood has everything you’d hope from a Los Angeles home. Built in 1959 for industrialist Henry Singleton, the residence is one of prominent L.A.-architect Richard Neutra’s few works in the Valley, and showcases his modernist sensibilities. A beam structure frames the entry, prominent windows allow for plenty of natural light and provide views out to the backyard pool and across the Valley. The home includes four bedrooms and, it being Hollywood, a screening room. Plus, the home has some unique elements, like stepping stones that traverse a reflecting pool meant to accent the building’s bean structure. Fun Fact: A photo of the home taken by Julius Schulman hangs on the wall of the President’s Boardroom here at Woodbury University.