Track By Track: THEY. 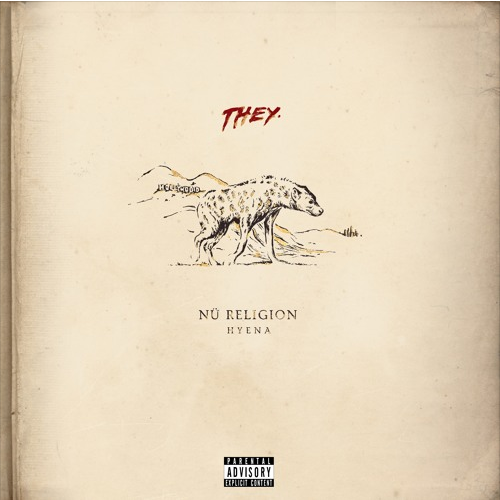 THEY.'s debut album "Nü Religion: Hyena"
Africa
The track titled “Africa,” THEY. takes you on an adventure with its repetitive drum pattern and wilderness-like melody, that almost feels like you’re in Africa. The opening verse goes, “City of broken dreams, check a n**** wallet/Money stacked up to the ceiling/City of Double D, ever dream about it? P**** stacked up to the ceiling.” In reality, THEY. is speaking on their quest as struggling musicians, the corruptness of the music industry, and the temptations of money and women while living in Los Angeles.
Deep End
“Give it to me, ain’t no time to play. Won’t hesitate when I’m divin’ in.” “Deep End” is described by the duo as “some trap R. Kelly s***.” “Deep End” gets deep and meticulous explaining their relations with various women. 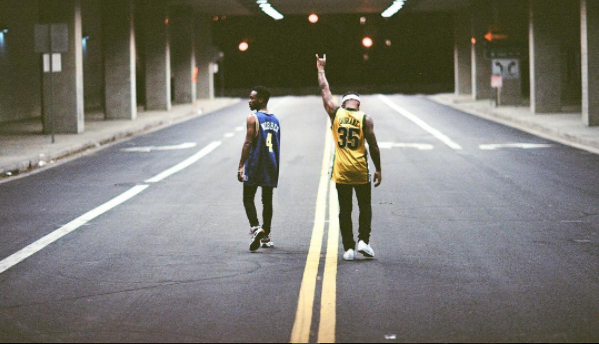 Photo by: @goodboyshady
Motley Crue
“When I first moved to LA, I loved the Sunset Strip. There’s so much history there. Back in the ’80s, there was the whole hair metal scene. For me, it’s just like—I’m not in my hometown. I’m here and I’m ready to go,” said THEY. in their verified commentary for music website platform “Genius.”  For fans of metal music, the title has probably thrown you off a bit: especially if you are listening to the album as you are reading this album review. For the case of others not as familiar, Mötley Crüe is an 80’s metal band based in Los Angeles. The track “Motley Crue” is paying homage to the Los Angeles band as well as Sunset Boulevard. The hook goes, “Unforgiven, riding down Sunset Boulevard with my n*****/Screaming "Oh, my lord.”

Truth Be Told
“Say somethin’/Know that there’s two sides to every story.” Singer Drew Love pens the bad break up of a relationship he recently just went through.” “Everyone can relate to the topic. Someone they were involved with decided to start telling lies about them after a bad break up. This was written fresh after I went through that situation,” said Drew during an interview with music blog Pigeons and Planes.

What You Want
“What You Want” begins with strong rhythmic guitar riffs and chanting underpinning its rock music influence. The song makes you feel like you are gathered with friends over a toasty campfire at Yosemite National Park singing songs or (perhaps even freestyle rapping) with a guitar melody backing you up. Producer Dante Jones, calls “What You Want” one of his favorite tracks production wise and “was really proud of how [he] was able to use some Mega Man inspired music with trap elements.” This track is by far one of my favorites production wise so my sentiments are exactly the same as Dante’s.

Silence
THEY. continues their “night time” vibe in the seventh track of the record titled “Silence.” “Silence” makes you reflect your thoughts with its laid back production, rapping, and vocals.
Back Around
“Just know everything you do comes back around.” The opening line of the chorus sounds like the words of wisdom your grandmother would lecture you about countless times while sitting on her rocking chair either knitting or rocking fast to sleep only to state “she’s resting her eyes.” THEY. goes back into detail about their relations with women as similar to track number three titled “Deep End.” 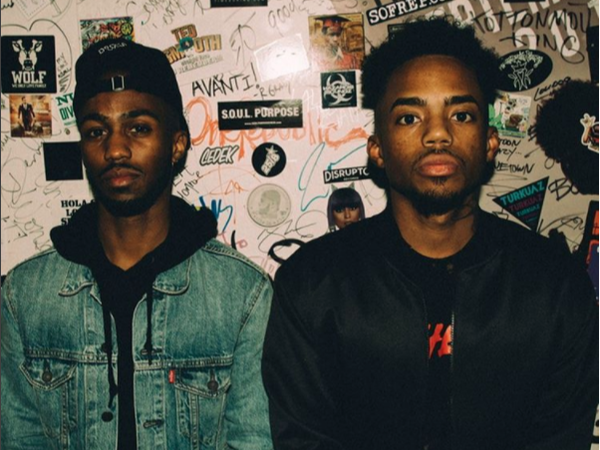 ​Bad Habits
Also featured on THEY.’s debut EP, “Nu Religion” is the ninth track on Nu Religion: Hyena. As opposed to the beginning of the album in song “Africa”, Drew is getting comfortable with the lifestyle of the rich and famous. “In phases, this the lifestyle n**** rich and shameless/Fake a smile cause they think a lil' n**** made it/B**** I got four imported straight from Montreal.”
Say When
THEY. goes in on “Say When” with a powerful political message about the state of America and the relations between police and minority people specifically African-Americans whom have been gunned down by police officers. “I’m tired of discussing songs, tired of watching the news as more people get gunned down, tired of a n**** parading around, peddling t-shirts with our names crossed out like we don’t exist. it’s time to shift the conversation,” said THEY. in a thought-provoking Instagram post from their account.
ALL
Syd from the band “The Internet” is featured on the eleventh track titled “ALL” with uncredited background vocals. “Pour a cup of liquor/Got some things that you going through/Go on let your guard down/You know I got some problems too.” Like many people around the world, the best way they feel they can cope with their problems is through binge drinking. This song is specifically about producer Dante Jones’ past relationship and how he dealt with it. 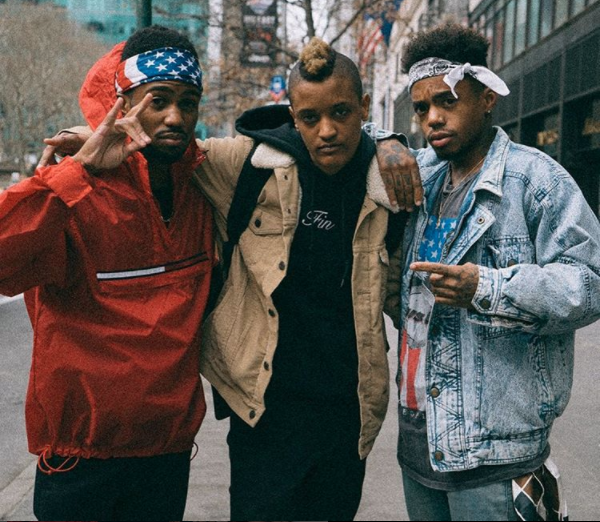 THEY. with singer/songwriter Syd who was featured on the track, "ALL." Photo by: @manbrandler
Dante’s Creek
Arguably the best song on the record, “Dante’s Creek” is backed up by insane, empowering vocals. According to Hot New Hip Hop, “Dante’s Creek” incorporates the late ‘90’s TV series, “Dawson’s Creek’s” theme song titled “I Don’t Want to Wait” by Paula Cole. As heard in “Dante’s Creek” the opening chorus is, “I don't wanna wait for our lives to be over;” taking a page out of Paula Cole’s lyrics.
Back it Up
“Back it Up” was one of three songs off THEY.’s “Nu Religion” EP which was released in October of 2015. The song narrates the aftermath of a drunken night with each person questioning the next morning how’d they get where they are now. The outro repeats three times with, “How'd we get here? Hell if I know/You could stay just for the night though/Take a shot straight from the bottle/Here today, you’re gone tomorrow.”
U-RITE
THEY. brings out their hip-hop/trap sound and boosts up the tempo and production for the last track of the record titled “U-RITE.” With an opening alarm sound byte and sharp drums resembling the “trap” sound most music fans have grown accustomed to, THEY. decides to save this one for last for fans to turn up to and perhaps to serve as a reminder that THEY. are ready to make their mark in music for years to come.
To listen to THEY.’s debut album click here. To listen to THEY. "Back It Up" edit from Pastor 'Lik click here.