How does “the most instagrammable street in Los Angeles” sound? If you’re already on board, you must visit Abbot Kinney Blvd. in Venice, CA.

​This gem on the West Side of LA is quite literally the best street to spend an afternoon because it is all about artistic and creative expression on every corner. Abbot Kinney is Venice’s most popular street and for good reasons as well. Firstly, if you’re a foodie, this street has all kinds of eateries including cafes, restaurants and the occasional food truck. Second, the stores on Abbot Kinney are mostly unique to Venice include boutique and mom/pop stores. Finally, the overall atmosphere of the area is especially fun because of the laid-back CA, welcoming feel. 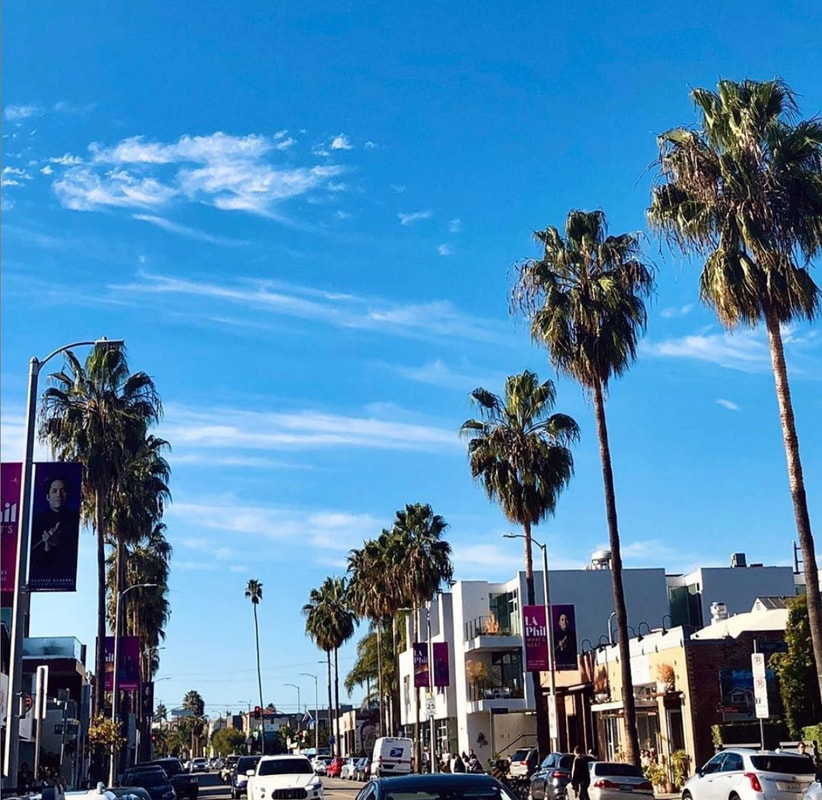 Wheel Chandelier
For someone who’s never been to Venice before or for someone who hasn’t paid been in quite some time, it may sound as if Abbot Kinney is the only “it” spot. However, on the contrary, Venice has a long history of being the hangout spot and Abbot Kinney combines the historical attributes of Venice to newer must-see attractions. For example, did you know that, “Venice was built as a replica of Venice, Italy, complete with canals and gondola rides” (Visit Venice)?

​In fact, the Venice Canals are very close to Abbot Kinney and make for one of many photo ops. There are little bridges and even rafts on the canals that are Instagram friendly. In addition to Venice Canals, this neighborhood is also known for being home to Southern California’s huge skateboarding culture because of the emergence of skate culture and the Zephyr skate team. According to Visit Venice, World famous, pioneering Zephyr skate team, known as the Z boys, came from the Venice/Santa Monica area, and original members included: Movie producer Stacy Peralta, Dog Town skateboard owner Jim Muir, the legendary Jay Adams, Alva brand skateboard owner Tony Alva, pro surfer Allen Sarlo, Peggy Oki, and several others" (Visit Venice). Skate culture is still a big part of Venice and skateboarders can be seen all around the neighborhood, including Venice Skate Park, just walking distance from Abbot Kinney. 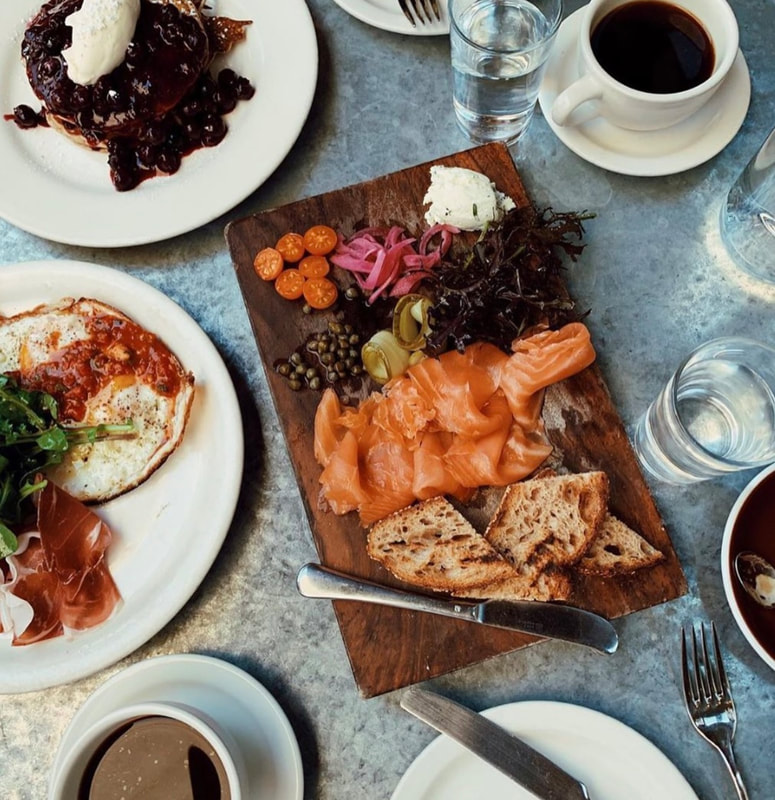 Gjelina Restaurant
Personally, I never get tired of Venice and especially Abbot Kinney. To me, no matter how many times I go, I find myself wanting to go back. When I visit, Gjelina Restaurant is a must because they have the best pizza ever. But, if I’m feeling something a little different, I like The Butcher’s Daughter and while the name might seem funny at first, it’s actually a vegetarian restaurant! While the name’s ironic, the food is so good, you won’t even miss the meat. My favorite meal to order here is the avocado toast as its super tasty and fresh. For coffee, there’s no better place than Intelligencia because of their wide variety of delicious coffees. My favorite is their iced cold brew with oat milk! Lastly, if you have a sweet tooth, Blue Star Donuts as your name all over it. It’s the cutest little cafe that sells donuts so good, a dozen box might not be enough. I always have to get one of their Fruit-Loop cereal donut.

​I recommend going to Abbot Kinney on an empty stomach, because, while you may be hungry when you get there, you will be very full (and happy) when you leave! 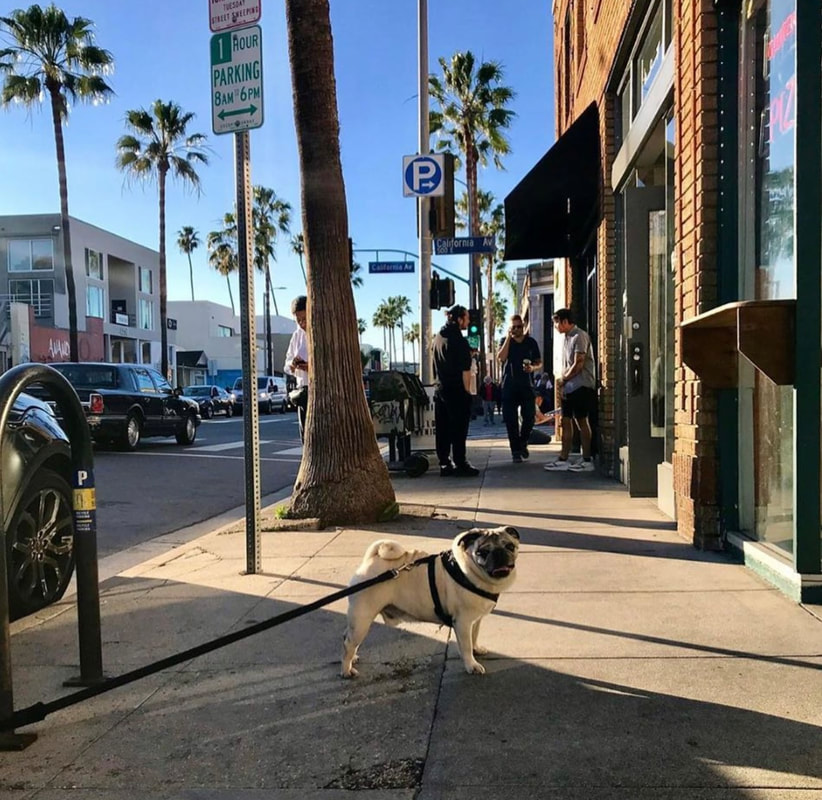 Venice is one of my favorite neighborhoods in LA and Abbot Kinney makes for the perfect place to spend the day with family and friends. There’s always something to see and something to do. Have you visited Venice before?