Written & Photographed by Solomon Carreiro
I see the dust and dander falling in front of my face.
​
I look out the window to see a city in the daylight. I put my hand up to block the sunlight. I'm in a place called City 17, rundown and dominated by an oppressive race of beings from another dimension. I can see it is ruined with cracks and debris in every corner. I look up at giant crawlers, five stories high, walking over apartment buildings without care, with their steel legs reaching down to the ground. Looking at the dirty street, I notice brickwork with their cracks, puddles and reflections. I search the room by reaching my hands out, moving cans and boxes on shelves and reaching down, opening drawers and cabinets to scavenge for things that I need to survive. In this world, I am Alyx Vance. ​
The gaming community had been waiting for a true sequel to Half-Life 2 for over a decade, but was only met with silence and rumors – until recently.
​
So why now, and why VR? Well, the series has always strives to be in the forefront of technology, innovation, and storytelling. What that means is that Valve wasn’t going to release a sequel just to make money. They waited and helped develop new technologies to push the gaming medium forward. Valve is so dedicated to VR that they developed the Valve Index, which is considered to be the best VR heat sets and controller bundles. With virtual reality becoming more and more popular, the writing was on the wall that the time was finally right. ​

“I search the room by reaching my hands out, moving cans and boxes on shelves and reaching down, opening drawers and cabinets to scavenge for things that I need to survive.”

You might ask if VR was really necessary for Half-Life: Alyx, or if Valve is just trying to sell their new Valve Index headset. First, I have to say that you can play with any VR headset – I was able to use the Oculus Quest with Link cable without issue. Second, this experience was very much built from the ground up with VR in mind, and trying to make the game be played on a traditional 2D platform would require changing so much of what makes Half-Life: Alyx special. The immersion in the world and interactivity would be gone. The experience of reaching out your physical hand to move objects on a table or opening a car door would be gone. Learning how to reload your weapon wouldn't matter as much if you only had to press a button. Now you need to eject the magazine, reach down to your side and grab a new clip, insert it into your gun, and cock the barrel. Then doing all that while being attacked by head crabs, zombies, or the Combine (Earth’s harsh rulers) can be a truly intense experience – and without VR, none of it would matter. ​

“Trying to make the game be played on a traditional 2D platform would require changing so much of what makes Half-Life: Alyx special.”

Then you realize you need to explore your surroundings by checking inside cabinets, lifting lids, or moving objects. This is where your gravity gloves, called the Russells, come into play. The Russells are used to bring any object you want towards you by pointing and flicking your wrist in your direction. The gloves also serve as a heads up display, or HUD, where you just look at the top of your hand to see how much health and bullets you have. You find yourself really looking in every nook and cranny in whatever location the game throws at you. When you are almost out of health or ammo, and enemies are searching for you, you find yourself lifting even toilet seats for anything to use.

Half-Life: Alyx can also set the mood in a way that is possible only in virtual reality. Looking up and down, taking in the verticality in certain scenes, can induce some vertigo because you truly sense that you are that high up. Your brain senses the three-dimensional depth that the two screens in the headset creates and makes your legs actually feel weak. Then there are the senses of light, movement, and sound making the player want to see what just passed in the shadows. You can turn your physical body to see what made that noise behind you, lean your hand-mounted flashlight behind a wall, and see a zombie lumbering about in a dark area.

Being inside the virtual Half-Life world also presents new challenges to video games. For instance, you must use your multitool called the Alyx to gain access to some storage canisters, prompting a 3D puzzle. These puzzles require moving around your physical space to complete, inviting you to approach solving them from a different perspective. ​​
The game’s world is extremely immersive, with everything having that extra little level of detail you would come to expect from a top-tier developer like Valve. The VR community is relatively small, with few major developers. Valve, as one of the bigger companies, is able to pour all this time and money into an immersive game world that the smaller companies cannot. This means that Half-Life: Alyx is not only one of the longer single-player games in VR, it is also one of the most polished. You will be hard-pressed to find glitches, bugs, or errors in the textures or lighting. The game just looks really good. ​ 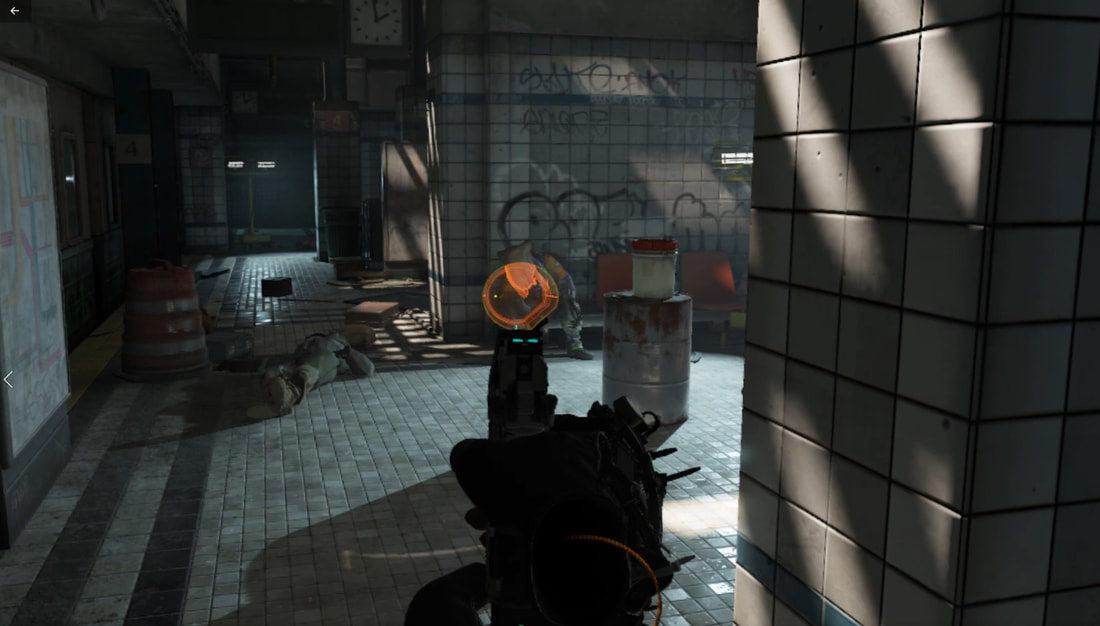 In the abandoned subway, danger is around every corner
​Valve has made small VR experiences in the past but this is Valve’s first big title for virtual reality, and it surely won't be their last. There are plenty of rumors of a Half Life 3 in the works as well. This game has broken all sorts of records for VR sales in the first day and had the most concurrent users on Steam for a VR title at 43,000 on launch day. This is also pushing new users into being first time VR system owners, the game has inspired a lot of people to try to get their hands on some VR Headset. Half-Life: Alyx is, by far, one of the best virtual reality experiences yet.

Half Life: Alyx is available on PC through the Steam store and can be played on Valve Index, HTC Vive, Vive pro, Oculus Rift / Rift S, Oculus Quest (via Link cable), and Windows Mixed-reality headsets, and more.