Written and photographed by:
Andrea Tatevossian-Caloumenos
In the heart of Agoura Hills, California, off of Cheseboro Road, one is lured through lush canyons by the smell of Pecan wood-smoked barbecue that is like no other.  If one follows the smell, they will be led to 5050 Cornell, Rd.- a path off the beaten road, that is surrounded by one highway entrance.  When going down the dirt road, one will be able to see a brick building with smoke coming out from the kitchen chimney, and a brown and green wooden sign that says: Wood Ranch BBQ & Grill. 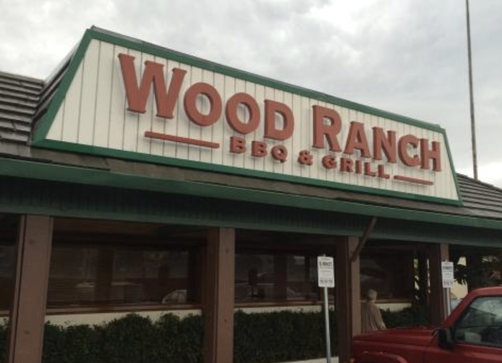 Surely, this is one of the best barbecue places that I’ve had in Los Angeles.  Don’t just take my word for it- the Los Angeles Times, the Huffington Post, the Wall Street Journal, ZAGAT, and LA Weekly would agree as well with each of these sources featuring this restaurant multiple times as it’s known for its special barbecue sauce.  This restaurant is known as the one and only, Wood Ranch BBQ and Grill.  In 1992, the owners of this franchise,

​Ofer Shemtov and Eric Anders were each working more than 75 hours a week at a Los Angeles restaurant.  As tired as they were, and as hard as they worked, they knew that if they ever got the opportunity, they would open their own restaurant company – and not just one restaurant — and make it better.
Ofer found the location in Moorpark and asked Eric if he would be in to begin renovating what used to be a failed barbecue restaurant.  The next location they bought was the location which I always go to, the one in Agoura Hills that was also a failed restaurant before they bought it.  With their “magic touch”, they were able to create each location into a goldmine.
With over 16 locations, it is easy for one to find a Wood Ranch near their neighborhood.  The go-to dish one must try at Wood Ranch, is their infamous Baby Back Ribs that come in an order of 5,8, or a full slab.  This dish is truly like no other because of the hours the ribs are marinated for, as well as because they are grilled to perfection: the meat literally glides off the ribs.  What makes the dish so good is that it is smothered in their special barbecue sauce that has a sweet yet savory taste- making it a barbecue sauce like no other.  When one orders the ribs, they come with a side of thinly cut french fries as well as a choice of coleslaw or other grilled vegetables.  It is important to note that all the meat is USDA Organic, making it healthy and delicious at the same time!  The ribs are unique at Wood Ranch because they cook the ribs over a Pecan wood-smoked barbecue, that gives a mesquite but sweet flavor to the ribs that is beautifully complimented with their special barbecue sauce that has undertones of paprika, and turmeric. 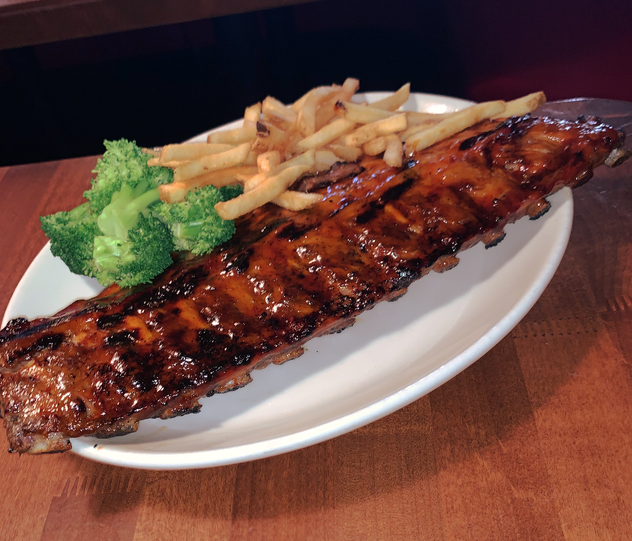 Full Slab of Baby Back Ribs