​Written by and Photographed by Emily Schatz

Tell me about your childhood growing up in New Mexico.
"A lot of my fondest memories are at my Great Grandmother’s house. She had a dirt road that led to her house, a pool in the backyard, a bunch of dogs that ran around, and a huge alfalfa field across the road. I spent a lot of time in the backyard, foolin’ around back there. I was an only child so I really had to embrace my imagination. I have a lot of great memories with both of my Great Grandparents. I went out there every summer to spend time with them. Memories of just eating on the front porch, swimming, running around with my cousins in the alfalfa field. My Auntie Tearah, was a rapper in T-La Soul, they opened up for New Kids on the Block, in the early-mid 90’s. She also did some solo stuff when I was a kid."

“My Auntie Tearah would dress me up in baggy pants, boots, hoop earrings and red lipstick. We would do home videos and I rapped with her from age four to ten.”

Did you always enjoy performing? What age did you start performing?
"I was an only child and sort of the center of attention in the family. I would perform at home. I performed with my aunt a couple of times at different locations. I went on stage with her. One time in particular, we were in the 'ghetto' of LA and I danced on stage and a bunch of people you wouldn't particularly expect; Hispanic people and different cultures shouting, “Go White Girl! Go White Girl, GO!' As far as performing goes, I was always in my bedroom writing lyrics, dance to N'Sync songs in front of the mirror, and I'd get the kids I grew up with in our apartment building together and choreograph different dances to Michael Jackson songs."

"​I got in trouble as a kid for grabbing my crotch like Michael Jackson.
I have always loved performing." 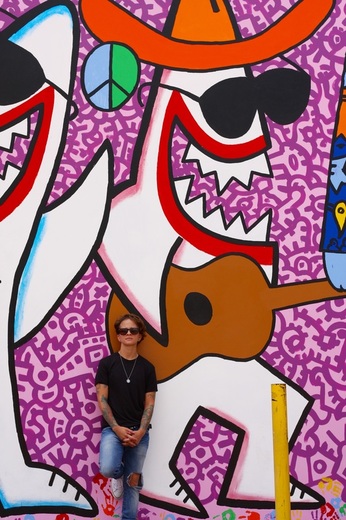 What was it like to grow up Hispanic?
"At first you wouldn't think I am Hispanic. In my family, my Mom and I are the 'gueras' of the family. Everyone else in the family has a darker complexion, while we have pretty fair skin compared to theirs. They have dark hair and we have a sort of reddish amber colored hair. The food at the time was really delicious. I don't eat any of that stuff anymore, I am a vegetarian. However, as a kid we were constantly eating pork. Carne adovada which is a specialty out there in New Mexico. It's not just a Mexican food. We ate posole, menudo, and my Grammie made homemade tortillas. Those were amazing! She put lard in just about everything. She made beans, caletas which is spinach with red chili and beans. The last generation that spoke Spanish was her generation and most if the time it was half in English and the other in Spanish."

Who has been your musical inspiration? Any female rappers?
"As far as musical inspiration I have always loved Michael Jackson; he is definitely the Prince of Pop. I have always loved him along with cheezy boy bands. Any group that put on a good performance, that danced really well those were the people I followed. As far as rap goes, I am a fan of gangster rap. Back in the day it was Da Brat she was pretty rad. Missy Elliot, for sure! She is an amazing artist, dancer, and lyricist. She writes and choreographs everything herself. Queen Latifah was hot for a minute. Overall, just gangster hip hop; Bone Thugs and Harmony, BIG, and Tupac. 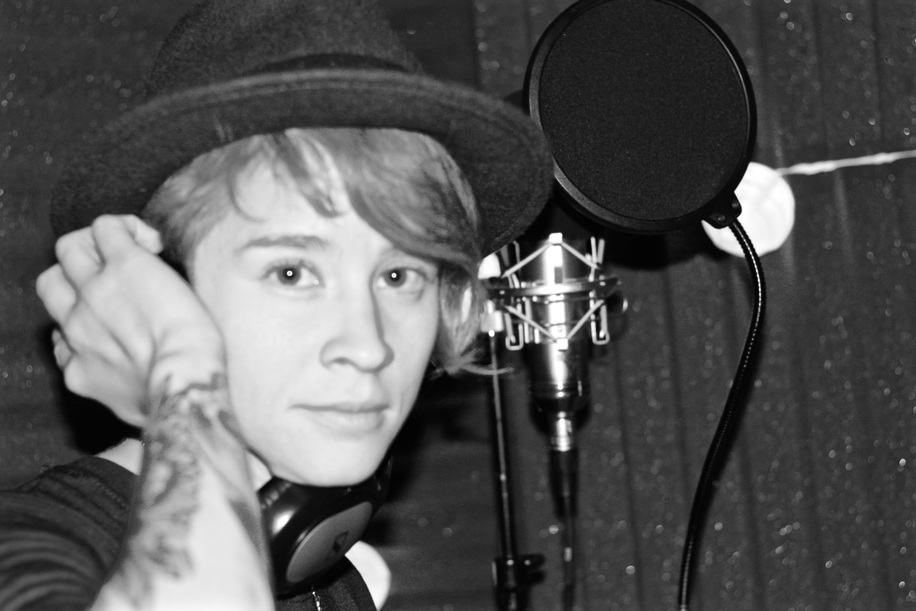 "All of my cousins were cholas. It was pretty hysterical, I would iron their hair with a clothing iron on the floor, they would draw on their eyebrows with a pencil." 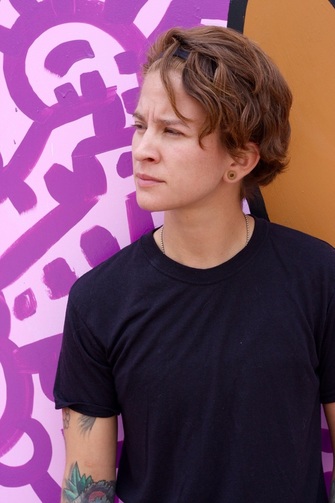 How did you know you wanted to be a rapper?
"My auntie Tearah’s influence, she knew how to pop lock and write. She definitely inspired me! I looked up to her as a kid and hoped one day I would be able to write lyrics. I thought this before I even knew how to spell. I knew that I wanted to be writing lyrics and rapping. As soon as I possibly could I started doing just that."

What do you love most about writing and performing hip-hop?
"As far as writing goes, I have always done different styles of writing and sometimes I don't even necessarily use it for the music. I think as long as I am writing it is a creative outlet and a lot of the topics I rap about a lot are metaphors, hidden meaning behind it, and a lot of it is this alter-ego. When I get to talk smack... I get to release the anger, aggression, whatever it may be."

What have been some obstacles in your hip-hop career?
"I would definitely say the hip-hop industry in LA is dominated by men. A lot of the time I will get credit for being a good rapper but again that genre is ruled by men. A lot of the time female rappers have to present a different show, in tiny skirts, show their cleavage, and make-up; so much glamor. Yet they are not respected in the way men are. With diving into this industry there are a lot more walls to get over as a female MC."
What advice would you give to young female rappers just starting out?
"Keep writing, keep writing, and keep writing. Follow your dreams, even if it is just something on the back-burner, as long as you are writing; that's all its really about. I encourage people to have different paths, to gain life experience, and to achieve other goals. But if that is what you want to do be sure to constantly be doing something creative. That is so important."

What would you like people to take away from your music when they listen to it?
"Good energy, I just want it to be something people can dance to, sing along to. Know that is is coming from a different source. Right now the industry is really dominated by men, the concept of having a ton of money, a ton of exterior stuff, that is supposed to make you happy. I may use a lot of similar lyrics and may even use similar metaphors. I just want a different image to be demonstrated in this genre."

"I want to embrace who I am without the exterior stuff and promote a healthy lifestyle: being a vegetarian, health conscious, exercise, and self love. I want to use music as a vessel to offer new ideas and perspectives."