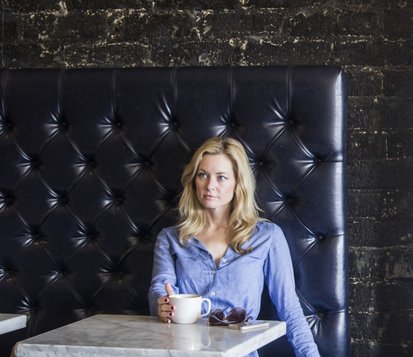 Jessica Morris
The sound of Scary Spice singing: “Really, really, really wanna zigazig ha…” blares on the speakers of Romancing the Bean Cafe in Burbank. The cafe is reminiscent of a 1950's goth hair salon with its monochromatic grey color scheme, ample mirrors, and plush chairs. At a wooden communal table, Jessica Morris sits sipping her latte, she is a half hour early.

“I’m never early!” she quips with a laugh easing the anxiety of everyone around her.
​
Jessica wears a stylish blue button up denim dress which highlights her sea blue eyes and inviting smile. She drapes her military green jacket behind her chair then holds her tea cup delicately a side effect of the etiquette classes she took as a child. She looks like someone torn from the pages of a magazine, yet, according to Jessica, she always hated modeling.
​Famous for the role of Jennifer Rappaport, a wild child, party girl with no restraint ultimately leading to her murder in the popular soap opera One Life to Live, but sitting before me is a warm southern belle and the only thing these two have in common is a penchant for attracting attention from everyone in the room. Jessica recently appeared on Rosewood and starred as Crystal Amherst in the mini series Lady of the Lake, based on Ken Corday’s novel of the name. Raised in Jacksonville, Florida, Jessica always knew she wanted to act but like anyone with a dream, she battled with her doubts. She began modeling internationally but her heart wasn’t in it. Finally, after a pep talk from a friend, Jessica packed her bags drove from the Sunshine State to the City of Angels. The rest is history. 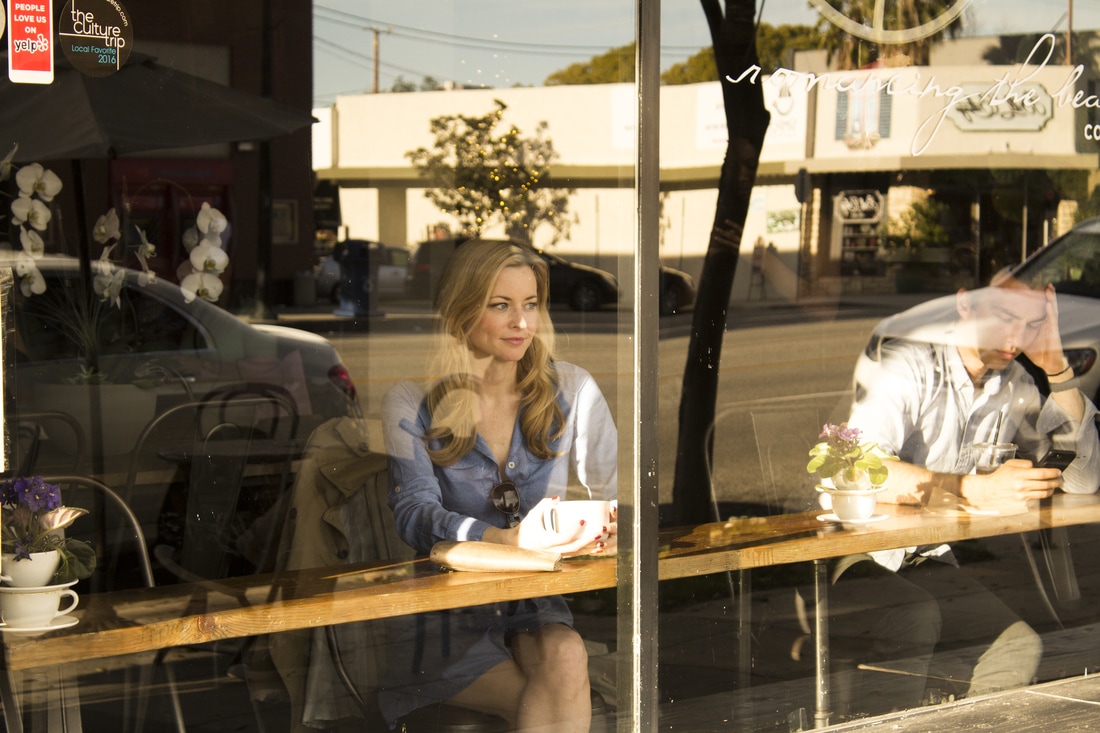 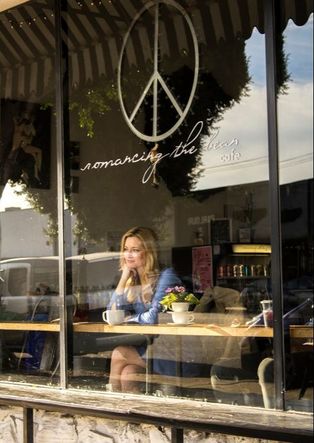 ​I read that you're not only an actress but a writer as well, what's that like?
"Yes I just started writing within the past few years and I am loving it. Acting will always be my number one passion. However, I have recently begun exploring other outlets, especially when I have a little free time in between shoots and am in need of some sort of creative outlet. I find that when life gets stagnant, I get a little crazy. When that happens writing becomes a wonderful way to calm me down. Also, as an actress I find that writing helps me become a better actress."

What genre do you write?
​"I would say drama thriller. I love to watch comedies as well. However, I will say comedy can be much more challenging."

​You were in a soap, for a long time, what was that like?
"It was a whole other world, especially since I had to move to New York for the part. Up until then, I spent my time working in either Florida or LA. All of the sudden, I booked the job and they flew me out New York to live for the next five years.  Living in New York was quite the experience. After a couple of years there I realized that California was the place for me. I will say that living in New York, at a young age, with a good job is an incredible opportunity and an experience I will never forget."

"It is important to go through life encouraging those around you to follow their dreams and always believe in themselves.​" 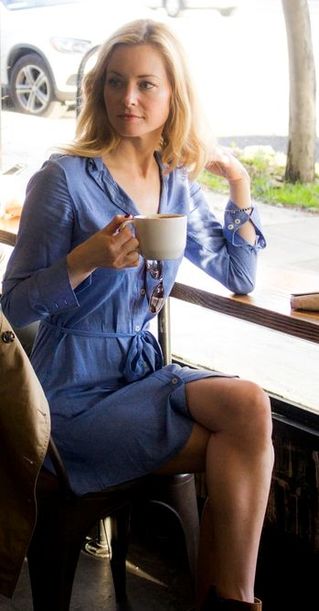 "While working on the show, there was a lot of drama that came about, but that is expected, especially when you begin dating people that you work with. In fact, there were times when I felt as though my real life became the life of my character. So, that was sort of bizarre."

Do you think you are similar to your character Jennifer in anyways?
"I think I am a lot more mature and well rounded than Jennifer. I will say that there were moments when she had an influence on me. In particular she brought out the wild side in me. I had to kind of reign it back."

What traits of Jennifer’s do you wish you had?
"When I started to get to know my character I realized that Jennifer beams confidence. She does not care at all about what others think of her. I however, cannot say the same for myself. I personally tend to second guess myself and I tend to worry if others will accept me. I guess it comes from that Southern charm where I want to make sure that everyone is happy."

How did you get into acting originally?
"Growing up I was very shy. Around the age of 12 or 13 I got a part in a junior high play and I fell in love. I completely came out of my shell. Around the age of 16 I began modeling in Japan and even booked a commercial, which I loved doing. After that experience, I realized I hated modeling but loved being a part of the commercial. I went back and attended college but had caught the acting bug, and caught it hard. My friends saw how passionate I was and encouraged me to go for it. I agreed, saved up money, and made my acting career my number one priority since then."

"No matter how tough it gets, you have to take each experience and learn from it." 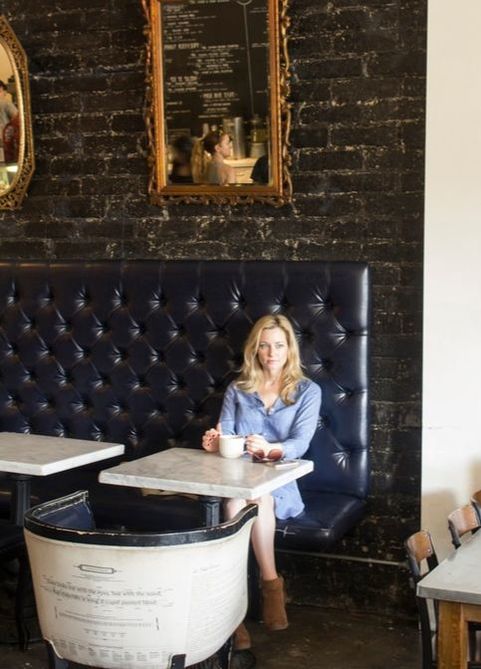 What do you think makes a good role model?
"There are two things that make up a true role model, someone who follows his or her dreams and is kind to others. It is important to go through life encouraging those around you to follow their dreams and always believe in themselves. I will say that it is important to not get blind sided and remember that you are you and not those around you."

You keep mentioning the people that are around a person really matter. Do you have people around you that are supportive?
"Yes. My parents have always been very supportive.  My mom was supportive but sad to see me go. My dad just thought it was a very far fetched and unrealistic goal, until I booked my first job. Since then, he has felt nothing but pride."
​
What draws to the screen as opposed to theater?
"Theater work can be a lot of fun but I also enjoy doing film and television. The world of theater versus film in television is quite different, particularly with the space in which you are working as well as the community. In television, I find that the moments you create are much more real than those had in the theater. Working in front of the camera is an intimate experience that requires a  lot of internalizing, which I love." 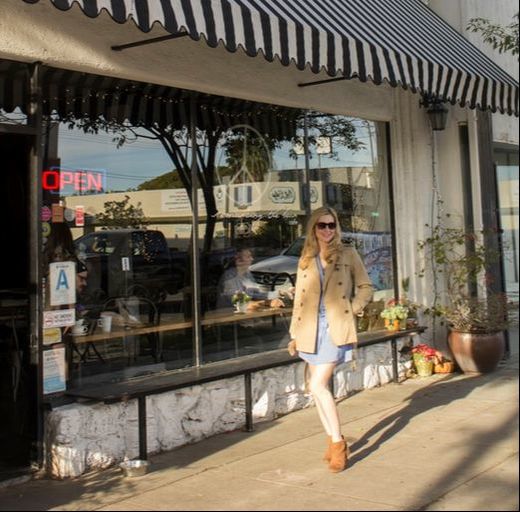 What would be your dream project?
"My dream project? There are so many great Netflix Original series out right now. I would kill to be in a sci-fi show like Travelers. Shows involving aliens, the future, and other worlds are very interesting to me and being involved in projects like that would be a wonderful, new opportunity."

What would you say is your biggest career challenge so far?
"I would say my biggest career challenge would be dealing with my self-esteem issues, especially since I am working in business where being tough and confident is key. People are constantly judging you, rejecting you, and telling you that you are not good enough. No matter how tough it gets, you have to take each experience and learn from it. Overall, the biggest challenge is accepting the fact that I’m not perfect and that not every experience is going to go my way. But as long as I am confident with the person I am, flaws and all, and find ways to express that honestly through my work, then everything else will fall into place."