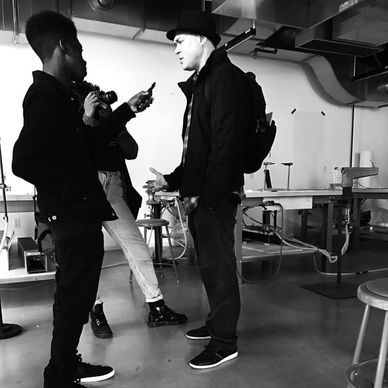 Malik Walker interviews Mike Sonksen
“Papa, wake up!” Awakened by the emphatic voice of his seven year old daughter, Mike Sonksen launches out of bed with a head full of vivid imagery, creative wordplay, and most prominently: poetry. Just a few hours prior, Sonksen (known to most in Los Angeles as Mike the Poet) finds a time of silence and comfort in his room to enter a different world: a world of writing. He tries to find balance between being a full-time school teacher, a husband, a father, a poet, and a part-time writer for KCET and other publications.

Sonksen will sneak in fifteen minutes of writing whenever and wherever he can. His relationships with people have been consistent throughout the years of working in various Los Angeles locations.

From his work as a tour guide, he has learned and absorbed the historical elements of Los Angeles. Not only does he know about it, he will randomly spout poetry about it. Some of Sonksen’s recognitions for writing includes an award in 2013 for Public Service to the Los Angeles Poetry Community from the Beyond Baroque Literary Arts Center, a featured poem in an upcoming book that was written about Leimert Park, and more recently won two awards for participating in the Big Read Project along with his students from St. Bernard High School located in Playa Del Rey. Sonksen and his students were invited to the Los Angeles City Hall by Elizabeth Morin and councilman Mitch O'Farrell and received the awards. As you can see from his accomplishments, the writing never stops in the classroom and outside of the classroom.

“I used to [write] late at night, but now I figure I sneak in any 15 minutes I can,” says Sonksen. “Sometimes it’s right after school and for an hour or two I’ll do some writing. I do a lot more pre-planning than I have ever done [in the past]. I’m really doing my best to be organized.” 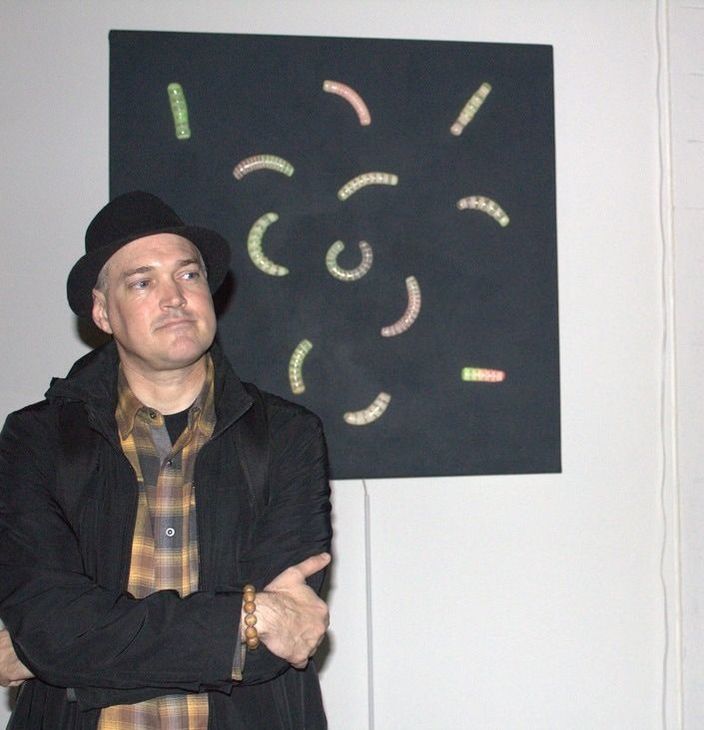 Mike The Poet admiring the imagery at the Museum of Neon Art
As early as the age of 17, Sonksen began to explore his love for writing. He knew at 17, he could make writing into a career for himself.
“It was a gradual process,” says Sonksen. “As early as 17 I knew I loved writing. Through my 20’s I was freelancing. I was doing freelance journalism, record reviews, poetry gigs. I briefly worked as a production assistant; did a little bit of TV.” 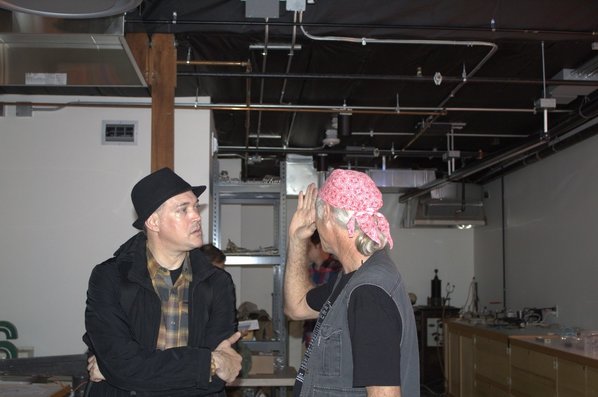 Mike Sonksen talking with David Svenson at the Museum of Neon Art
​
​"No matter the conditions,
South Central musicians,
jammed on the Avenue,
community family activism,
they had to do it...
music is the heartbeat...
Music is the heartbeat,
the rose that grew from concrete,
surviving restrictive housing, covenants,
the LAPD, gangs,
the Second World War,
Nothing could stop the music..."

-Excerpt from WATTS TO LEIMERT PARK: KINGS OF LOS ANGELES 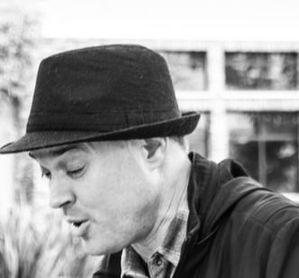 Despite the obstacle of moving almost every year for approximately 12 years, the writing never stopped for Mike the Poet. Like a sponge, Sonksen absorbed as much valuable information about writing and poetry from as many educated people as possible including his professors.

A couple of names among many Sonksen credits to his success as a writer include Mike Davis and Luis Rodriguez. Rodriguez is an integral part of Los Angeles culture through his writing as well as his activism. He has written a total of 15 books including his notable piece of writing titled, "Always Running, La Vida Loca, Gang Days in L.A." Davis, like Sonksen, is an alma mater of UCLA and is a distinguished professor at the University of California at Riverside educating students in creative writing. In addition to his background in teaching, Davis was named the Getty Scholar for the year of 1996-1997 and has also received a MacArthur Fellowship Award in 1998.

Both Rodriguez and Davis have shared their gifts of writing with others which in part has helped inspire Sonksen to do the same. Serving as a high school teacher at Saint Bernard’s High School located in Playa del Rey, Mike teaches eleventh and twelfth grade students. The subjects he teaches are AP English Literature, Journalism, and Creative Writing. Through teaching, Sonksen has found a greater purpose for why he is a writer and has found ways to get students excited about writing. He likes to consider himself “a writing coach.”
​“One of my main techniques to get students to write is: Have them write their own stories about their families, their lives,” says Sonksen. “My grandfather was one of my biggest inspirations, so I tell them through my grandfather and my dad and my own childhood I got interested in L.A.,” he continues. “We’re getting ready to start studying Zora Neale Hurston and the Harlem Renaissance and before we read her, I said, can I have everyone in class today write a story from your own family?”
As an educator, Sonksen understands his role and attempts to relate to students through the use of hip-hop in lesson plans.
“I do use a lot of hip-hop. We were reading Let America Be America Again by Langston Hughes and then I played Common’s track Black America Again.  And then I said, 'What is Trump talking about, Make America Great Again?'" says Sonksen. “We like Langston [Hughes] and we like Common. These pieces are 90 years apart but the themes overlap. I use a lot of journal and literature writing. But even old fashioned freestyle writing works. Let them write their heart out.”
"From schools to prison, y'all, they tryna pipe us,
Tell your political parties invite us,
Instead of making voting laws to spite us..."
-Common, "Black America Again"
As far as writing goes, Sonksen leaves me with these enlightening words from Irish poet WB Yeats: