The Art of Humor:

​Written by Anahit Antanyan
​​Photos by Kristine Stepanyan
Twice on his education path Allen Helbig had an epiphany about changing his career. The first time he realized he was not in the right place was during the first year in veterinary school. When given a task to put animals to sleep, Mr. Helbig decided that he certainly didn’t want to do that for the rest of his professional career. He then decided to get a degree in math to become a math teacher. The next three years of his education were spent in the field of scientific precision. One day sitting in math class during a lecture on Linear Algebra, Allen Helbig looked around the classroom and thought to himself: “I don’t belong here.”
He suddenly realized that up to that moment in his life, he was conscientiously choosing to have a well-respected and ordinary job. And yet no ordinary job could provide him the opportunity to express his creative genius. After the second turning point in his education, finally he decided to do what he truly loves. ​

“At that point I said to myself: ‘You know what, I’m going to start art!” 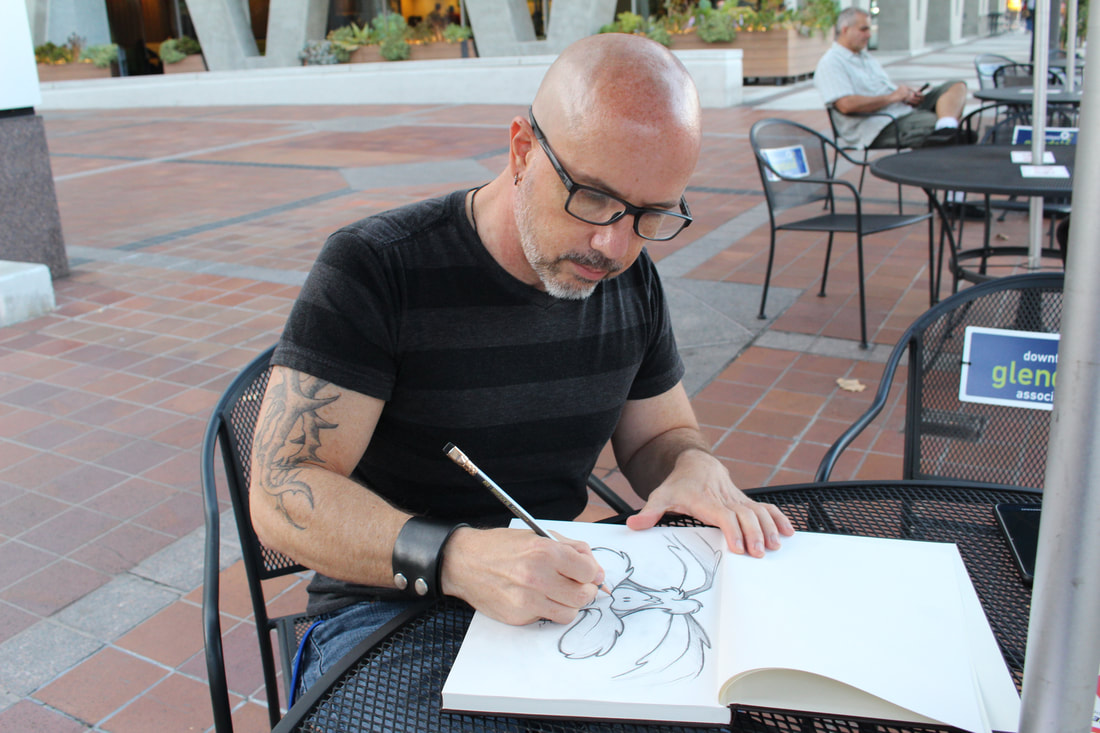 Allen Helbig went home that day and told his parents about his decision to become an artist. His parents were supportive of his decision. In fact, every member of his family praised him for finally choosing art as a field of study and not just a hobby.

“I didn’t want to study art from the beginning because I thought that if it was my job, I would end up hating it.”

Allen Helbig is now an up and coming contemporary American illustrator and graphic designer. He has been an art director for many children’s books and video games such as Daffy Duck for President, My First Picture Word Book, The Art of Space Jam and others. Those works were  based on the classic short animated cartoons starring Bugs Bunny, Daffy Duck, and other Looney Tunes characters. He also raises money for CalArts summer school program which provides high school students with the opportunity to get a 10 week course in their field of study and also a possible scholarship for admission to a university of their choice.
​Mr. Helbig, what serves as an inspiration for you to create cartoon characters?

“I do it mainly for myself. It is very selfish. I like to draw funny things that will make me happy, make me laugh, and what will make other people laugh as well.”

"My main advice would be, and I wish somebody has told me this, to study everything you possibly can." 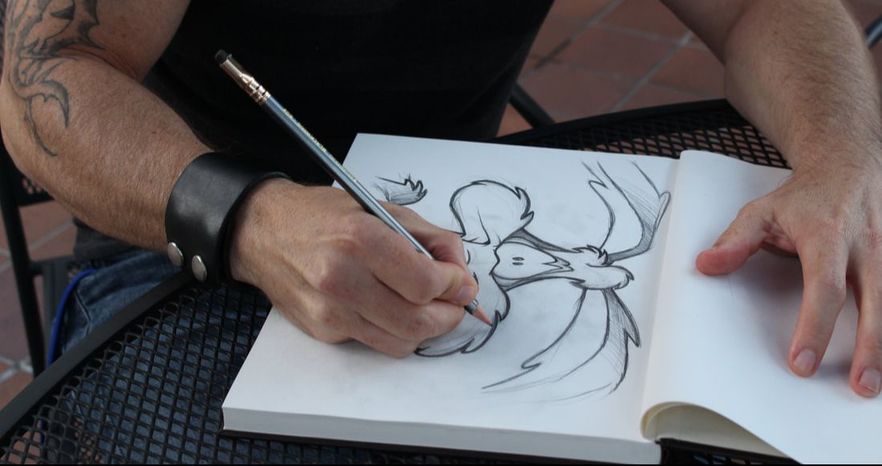 “There are some times in the middle of the night when I’ll have an idea and that keeps me up. And there will be times when I meet people and I’ll be hundreds of miles away because I’m drawing in my head. And it’s ridiculous because they’re thinking that I’m working on a cure for ca​ncer or something very important when I’m just trying to figure out how to draw a certain pose for some character.”

Allen Helbig is a man of reason, art, and humor. He turns each of his hobbies into a meaningful work that benefits not only himself but also the public. He is open to share with people his art, his experience and, most importantly, his humor-guided positive attitude.  There is both a strict logic and unique creativity in Mr. Helbig’s approach to life. And that’s his key to success.