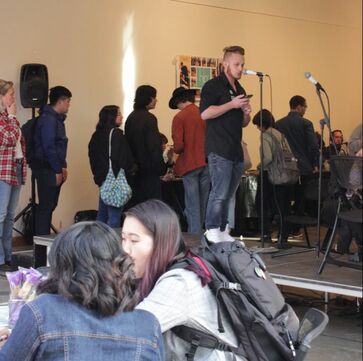 Josh Williams reads poem: Finally Awake
Poetry, biscottis, frappuccinos, and a good time! Coffee House Night sponsored by HLP, 7500 Magazine and Moria, turned out to be a great success. With it raining sporadically earlier in the week, the stars aligned on Friday, March 22nd, and it was a peaceful sunny day for the event.  With a collaboration from Woodbury's own 7500 Magazine and Moria Literary Magazine​ as well as the new WU Radio’s 7500 Show and The Healthy Living Program, the event featured an array of entertainment.​

​Starting off with words from the advisor of Moria Club and poet/professor, Linda Dove, and 7500 Magazine faculty and Healthy Living counselor, professor Risa Williams, we were lead into an atmosphere filled with alliteration, metaphors, and rhythmic sentences. The progressing writing scene on campus is not something to miss out on coming from Dr. Dove, “Woodbury's writing scene has a lot of momentum right now. We really want to try and harness this moment as best we can.” ​ 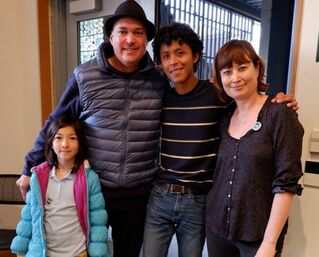 Mike Sonsken and Risa Williams with Miguel Chavez
Events to come on campus include several magazines, including the L.A. Times, coming to visit Woodbury next fall. For anyone on campus looking to share their work, keeping up with Mike Sonsken's upcoming poetry events is a must.

​With the expansion of literary organizations on campus, we can expect more and more events like Coffee House Night. As a great father, an exceptional poet, and overall cordial man,  Sonsken is the perfect soul to have at the forefront of Woodbury's elevating writing scene.

​Soon after the open mic introduction, the crowd enjoyed a musical performance by student band, Rocky Jules. And by that time, the event had formed a very festive like atmosphere.​ 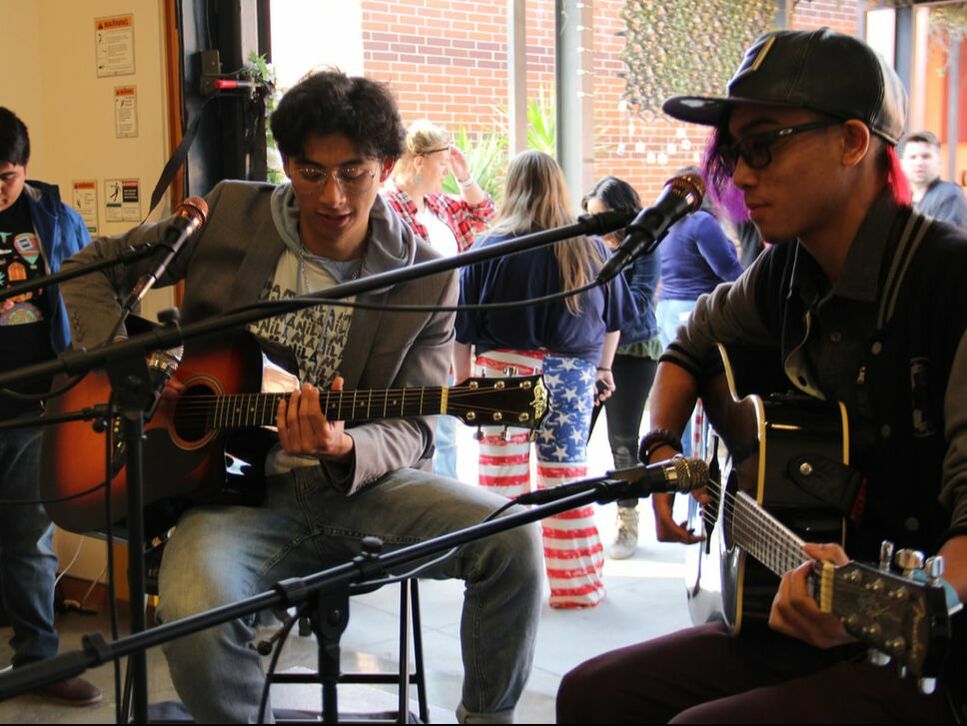 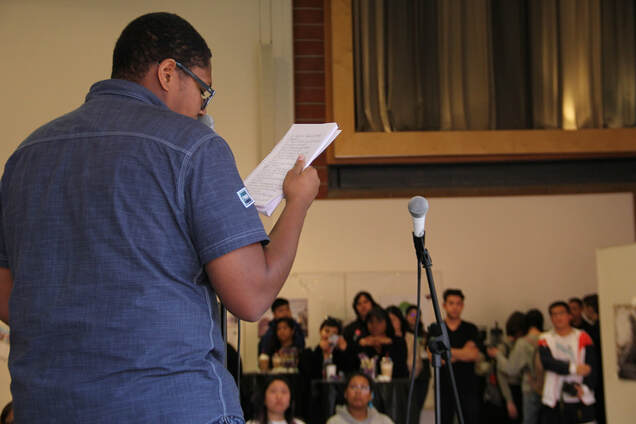 Joshua Jones reads poetry
If the coffee bar already made the event feel pretty exclusive, Miguel Chavez who plays Eduardo on NBC’s A.P Bio made an appearance at the event. As a Woodbury alumni, and now working as a professional actor, Chavez obviously has a lot under his belt. After majoring in Film at Woodbury, Chavez gives nothing but praise to his valued learning experience. “Here at Woodbury I really found myself and explored filmmaking in a way that really made me fall in love. I think everyone is amazing here and I’m really glad to be back visiting tonight,” said Chavez.  You can catch Chavez on A.P Bio airing Thursday nights on NBC.

​Coffee House Night  was one of many successful literary collaborations on campus. From the open mic poetry session, the concrete poetry gallery, and the 7500 podcast broadcasting, there was much to tune into. It was a great event for budding artists to share their work. Writers here at Woodbury are extremely lucky to to have this expanding writing community in formation on campus. With various literary events to come, it's a great moment for artists here on campus to present their work. 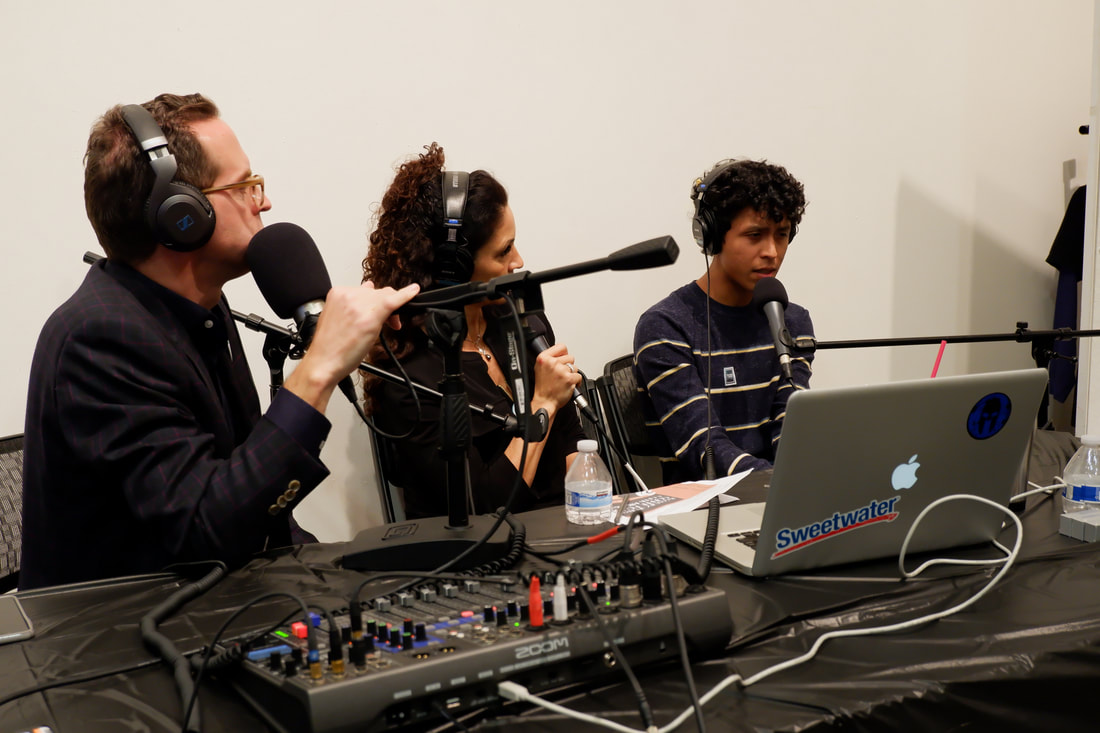