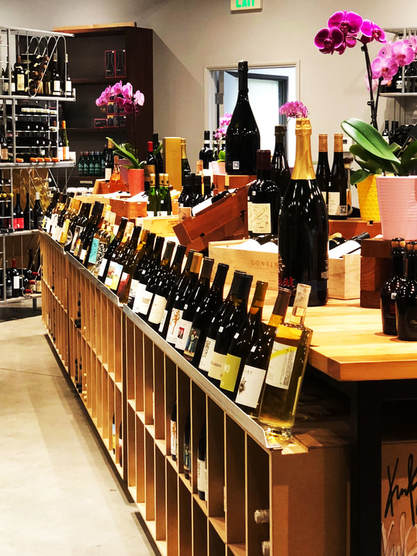 An evening well spent with wine
The loud humming of conversation and laughter echoes across the room during one of the many wine tastings held at Everson Royce Wine & Spirits. Scores of people huddle onto one side of the room that in any other occasion would seem like a breach of privacy if not for the aid of delectable wines from all over the world.

Despite the cacophony of noise, your ears start to focus when one of the employees pours a glass of champagne into a sparkling glass, which sits delicately on a cool marble tabletop and you’re listening to the history behind the wines and the sound of bubbles popping out of the glass.

​Once that perfectly cool liquid touches your lips and flows into your body, you begin to lighten, and your unapologetic inner self begins to emerge. In a world where social media and expectations bombard us to the point of paralysis and cynicism, going out for a drink is still one of the great releases this world has to offer.

​Founded in 2012 in the heart of Old Pasadena, Everson Royce has something for everyone.  Holding a wine tasting three times a week on Tuesdays, Fridays and Saturdays. They offer complementary bread, butter, cheese, charcuterie and olives. However, during my Friday night trip, we were only given some bread from Bub & Grandma and Vermont Creamery Cultured Butter.
​
​Whatever disappointment the came from the lack of snacks were quickly dissipated after being treated with wines from Kent Humphrey of Eric Kent Wines. With each bottle featuring beautiful artwork from a variety of different artists, it was a promising start to the evening. Hopefully, the wine inside of the bottle matched the creativity and the allure of its art works.

"Once that perfectly cool liquid touches your lips and flows into your body, you begin to lighten, and your unapologetic inner self begins to emerge."

​The flight that started off with a 2017 Rosé from the Sonoma Coast was lightly effervescent and embodies an alluring rouge tint that was just barely see through. Almost as a commentary to the way conversation flows organically between people, the youthful Rosé was the icebreaker that laid the groundwork for deeper topics.
​
Those sipping on the Rosé could be heard talking about their work life and what’s been going on in their lives recently, as if to be catching up with a friend that they haven’t seen in a while. Even amongst the friends I was with that night, we found ourselves talking about mundane school projects and the overused California topic of traffic.
​The 77% Pinot Noir, 17% Syrah, and 6% Grenache, Rosé varietal we had that night was more complex than what I was used to in finding in a Rosé. The glass perfumed with floral and cherry notes that lightly buzzed across my taste buds as the small bubbles popped one by one. Though not overwhelmingly sweet, it definitely expressed a youthful exuberance that made me think of fruit juice, but it did not cling to the palate and quickly disappeared from my mouth as I swallowed. At $18 a bottle that was beautifully designed with artwork from Yellena James, this is very much worth the price.

"When the oaky notes began to mix in with initial flavors, it transformed into something akin to roasted butter then eventually leaving me with the wood finish aftertaste that lingered for a surprisingly long time​." 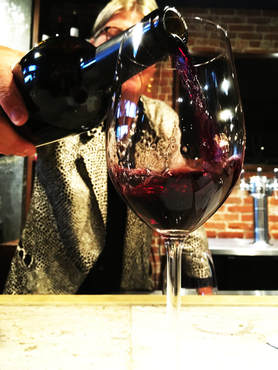 Adding to the spirit of the evening, the next glass is a 2016 Chardonnay from Russian River Valley, also in Sonoma County. I am quite partial to red wines myself, but this Chardonnay may have been my favorite of the evening. This white wine was a beautifully toasty gold color that one can simply taste the oak notes just by looking at it. Indeed, this Chardonnay was finished in a selection of oak barrels that really came through with every sip.

The first thing I noticed was a sort of apricot or citrus flavor that was the lighthearted fun I’m accustomed with most Chardonnays. However, when the oaky notes began to mix in with initial flavors, it transformed into something akin to roasted butter then eventually leaving me with the wood finish aftertaste that lingered for a surprisingly long time.
​
The broad spectrum of flavors that this wine presented was shocking and with every sip I took, I felt like I had momentary dementia because each sip was just like the first. After shouting a few expletives in my wonderment of this wine, I noticed that our conversation took a turn toward the political spectrum.
​
​As with most political conversations, one can’t get away from talking about President Trump with the many assortment of controversies the man piles onto our minds on a daily basis. However, the Chardonnay was oddly complimentary to President Trump because I am also in strange wonderment as to how he got the position in the first place. Every new thing President Trump does feels just like the first time with people equally disgusted now as they were before. It may be a little daunting for some at $31.50 for a bottle of Chardonnay, but just like talking about President Trump, you’ll find yourself wanting to come back to it again and again. 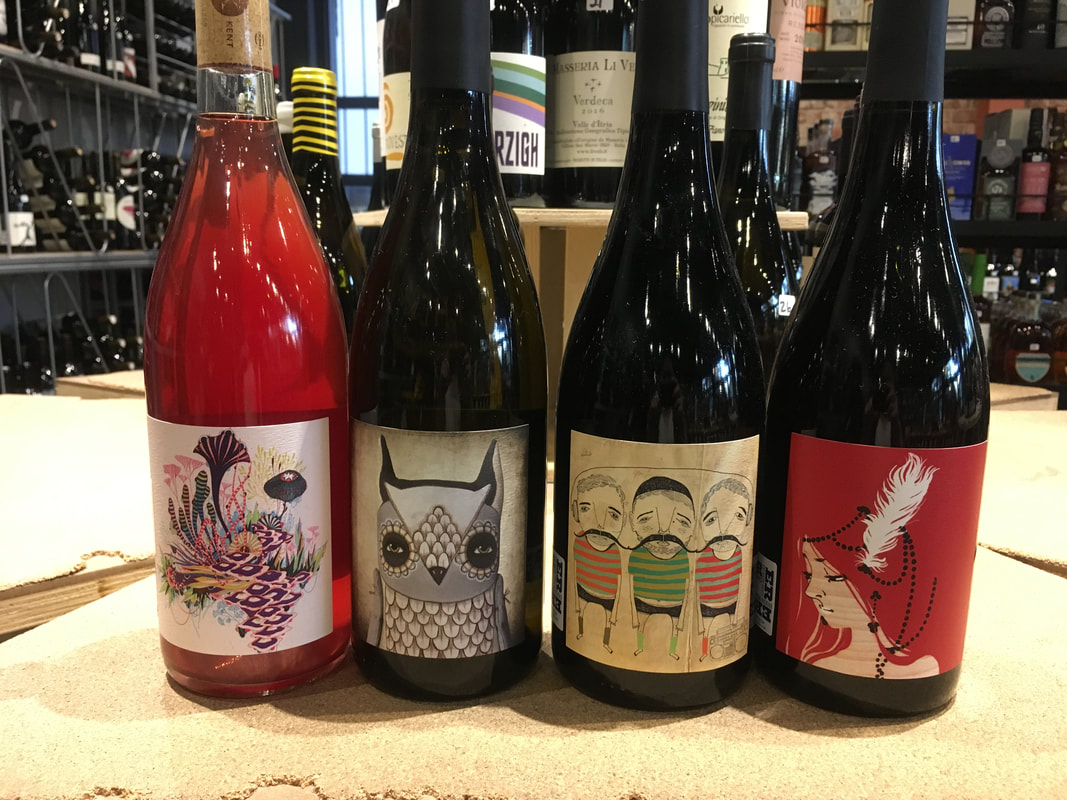 Featured Wines from Eric Kent Wines
As our conversation grew in complexity, so did the wine. The next wine on this flight is a 2015 Pinot Noir from the Russian River Valley. Those unfamiliar with Pinot Noir, it is a grape varietal that is very sensitive to temperature and can only be grown in specific parts of the world. The temperamental nature of the grape is what typically causes the price of a pinot noir to be higher than most. One needs to tread carefully when creating it because one mishap can destroy a whole batch of wine.

"Complex in flavor with a mixture of red and black fruits with a hint of what tasted as akin to star anise and cinnamon that just flirted with me teasingly." 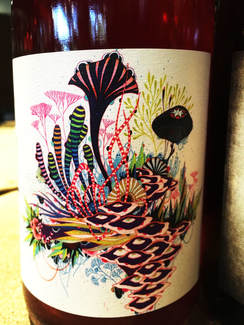 ​The priciest of the four at $44.10, it definitely carried itself in a manner appropriate to the climax of this wine flight. There was something almost racy about this wine, silky and youthful but had the attitude of something much more mature. Impressive legs streaked downed the glass showing that this wine was not to be trifled with as it can quickly overwhelm you if taken by its charms. Complex in flavor with a mixture of red and black fruits with a hint of what tasted as akin to star anise and cinnamon that just flirted with me teasingly. It was difficult to really pin point the star flavor that came from this wine as I was tip toeing to one flavor to another with quizzical glee and apprehension as I never felt safe in my position.
​
​Bouncing from one thing to another, the conversations evolved once more from general political talk to much more specific and potentially controversial opinions on current events. The most recent faux paus that happened around this time was the Rosanne tweet controversy where she described an African American woman to Planet of the Apes and subsequently lost her show on ABC.
Much like how this Pinot Noir made me feel apprehensive in where I stood against it, I was taken aback by the public vitriol against Rosanne during this clear lapse in judgment. This is also where my opinions among my friends differ a bit and had opposing viewpoints as they felt that it was a deserving outcome whereas I am on uneven footing on the whole thing.
​
​​On one hand, there ought to be consequences when saying such idiotic things, but how can something called a “tweet” hold so much power that it can destroy people’s careers? With each sip of the Pinot I found myself bouncing between positions, feeling righteous indignation one moment to unbridled empathy another. Can we really conflate a joke in bad taste as legitimate racism? As tempers begin to rise, a wine that can put us all on common ground again would be a much-needed reprieve.

"After shouting a few expletives in my wonderment of this wine, I noticed that our conversation took a turn toward the political spectrum." 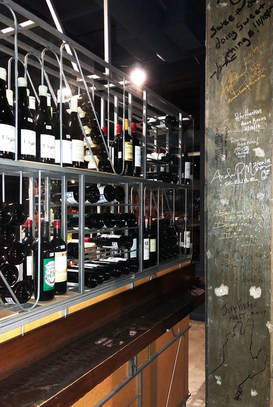 Last on this journey of wines is the 2015 Atoosa’s Vineyard Syrah from Russian River Valley. This Syrah is much more straight forward than the Pinot Noir I just enjoyed and as the evening began to die down, it was a lovely way to finish. My taste buds immediately activate when this black fruit heavy wine reached my lips.

One after another, different flavors are much more distinct than they are blended into a singular flavor. Being able to hone into the light flavors of pepper, the floral notes that were sprinkled in between the boldness of the oak and black fruit was quite refreshing in how audacious it felt. At only $28.80 a bottle, this wine stays long with you, which complimented the oaky aftertaste with a long tannin chain that clings to your mouth in an enjoyable way.
​
The perfect ending to a socially rich evening, filled with laughter, chatter with the occasional deep philosophical talk of what we feel is right and wrong with the world. It’s exactly these times of uncertainty and controversy that we all take a quick break, enjoy a couple glasses of wine, and physically talk to one another to really come to a true understanding to each other. It might be odd trading the sea of noise of the internet to a sea of noise of a bar, but at least here you can be amongst friends and really be heard. ​​​ 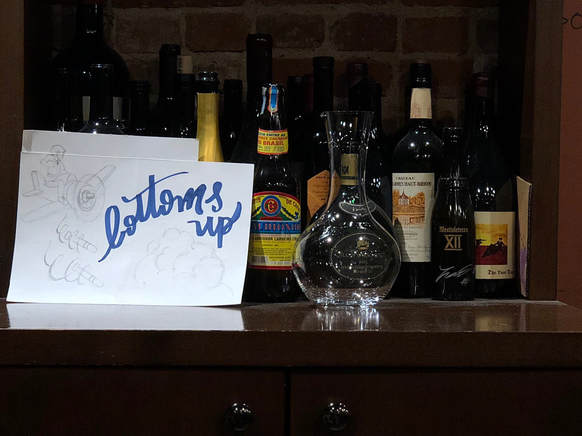