Written and Photographed by Kristine Stepanyan 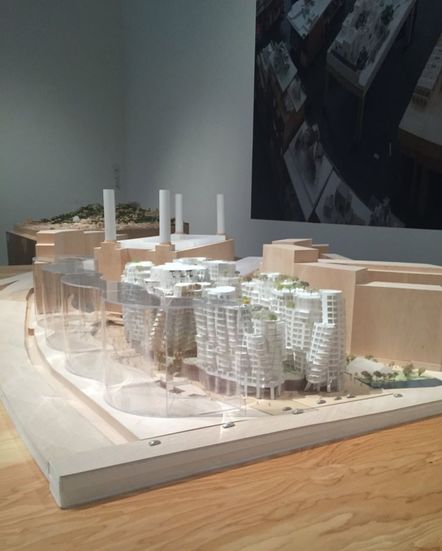 Prospect Place at Battersea Power Station, 2013-present, London, England
In order to achieve your goals and dreams, it is vital to remember where, how, and why it all started. As famous architect Frank Gehry believed, it is important to believe in yourself and strive to become the person you wanted to be when you were a child.

"When I was a kid, my father didn't really have much hope for me. He thought I was a dreamer; he didn't think I would amount to anything. My mother also," Gehry once said.

​Frank Gehry, who once was told to quit his architecture dreams, now has a LACMA exhibition in Los Angeles, the city where his career began. Now, Frank Gehry is a role model for many architecture student like me who want to change the way people approach and see architecture.  While attending second year of the USC Architecture School, Frank Gehry’s architecture professor advised him to leave the field because he thought Gehry wasn't very good. However, Gehry did not take his advice and graduated USC Architecture School in Mid-50’s. After graduating, he started working in a Los Angeles based architecture firm owned by Victor Gruen. Gehry did everything to prove the professor wrong about his assumptions. Now, Frank  Gehry is known not only in United States but all around the world for his deconstructivism architecture style.


​​Originally the exhibit was organized by Centre Pompidou, Musée National d’Art Moderne in Paris and later was brought to LA in 2016 at the Los Angeles County Museum of Art (LACMA). It was arranged in six chronological themes displaying his architectural masterpieces throughout the years of his career till today. Beginning with his early sketches of thoughts and ideas and ending with massive models of realized projects, the exhibit was an astounding experience for an architecture student as I am to be able to learn and relate to all the work process that was exposed to the audience. The Frank Gehry exhibit at LACMA provides the opportunity to get familiar with the design process of most of the ingenious and experimental masterpieces around the world. ​

​"I used to sketch - that's the way I thought out loud. Then, they made a book of my sketches, and I got self-conscious, so now I don't do it much.” 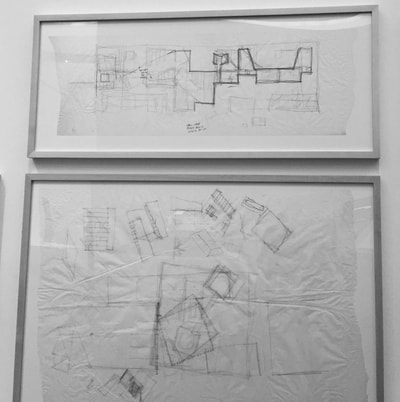 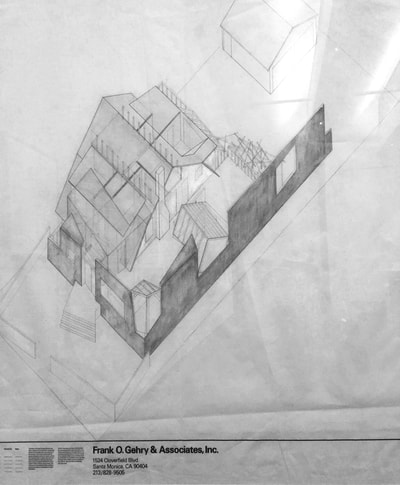 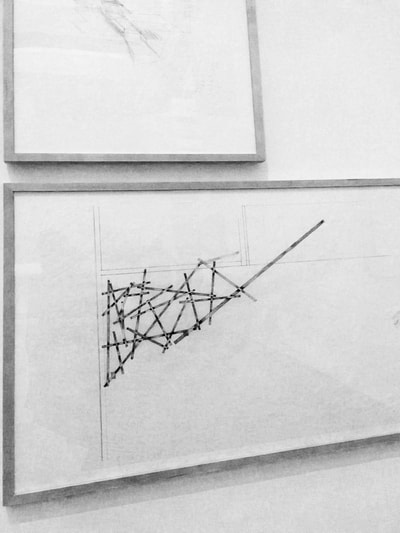 At first glance, Gehry's design sketches and early drawings look like scribbles done by a child. However, when you take a closer look, you start seeing shapes and outlines of the buildings that are now known to the world.  I believe that the sketches contain more than just an idea, they are a vision that later builds the concept and purpose of the design.

​Gehry's model of the Walt Disney Concert Hall was one of the greatest on the exhibit. It was an unforgettable experience to  see a model of the masterpiece that was built in our city. For me, its just remarkable how a thought, a sketch, an imagination can turn out to a model and then become an architecture piece known around the world. I myself got a chance to make a model of the building for one of the architecture studio projects and ​it was amazing to recreate and learn why and how it was all put together.

"You have freedom, so you have to make choices - and at the point when I make a choice, the building starts to look like a Frank Gehry building. It's a signature." 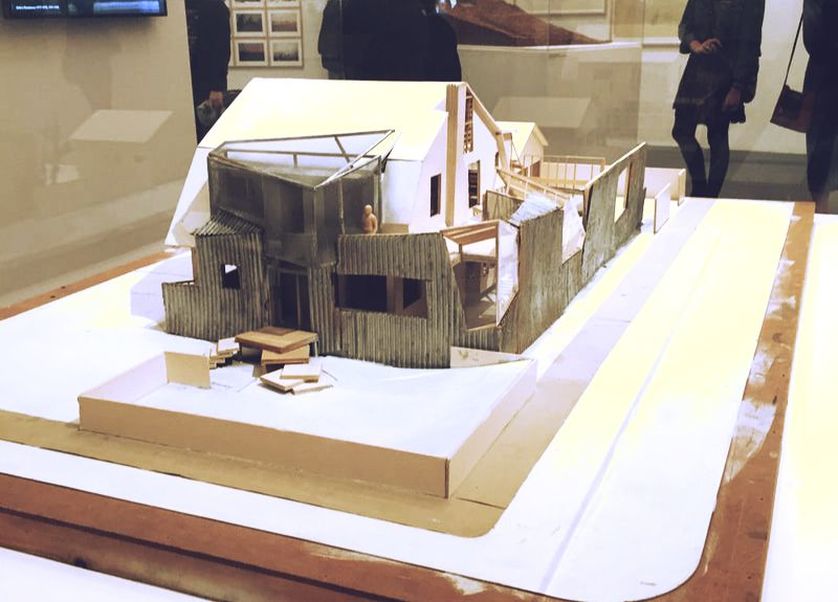 "A well-designed home has to be very comfortable. I can't stand the aesthetes, the minimal thing. I can't live that way. My home has to be filled with stuff - mostly paintings, sculpture, my fish lamps, cardboard furniture, lots of books."

Frank Gehry's Residence was an extension of an existing house where the architect wanted to experiment and try different unconventional materials to deconstruct the house while making the most use of the surrounding environment in relation to the building's orientation on the site. It is almost like a house that's always under construction because it doesn't contain the finishes
​ and polishes we usually expect from a house.
Every model at the exhibit is unique in its character and depiction of architectural spaces. The models not only show the building,
​ it also captures specific site elements important for the design process.

"I make a model of the site. There are some obvious things: where the entrance should be, where the cars have to go in. You start to get the scale of it. You understand the client's needs, and what the client is hoping for and yearning for."

“My advice would be to keep moving forward and make the best out of the experience. Everyone starts from something and builds up in the process. It's the perseverance, hard work, and dedication that pushes to become the best at your chosen professional field. "  ​

The exhibit is a remarkable experience for anyone who is interested in innovative architecture and also, architecture students who wish to become famous like Gehry. It's truly inspiring to walk around and see how much patience and hard work it takes in order
​to be the best in your professional field.
LACMA
5905 Wilshire Blvd, Los Angeles, CA 90036
​
Museum Hours:
Thursday 11AM–5PM
Friday 11AM–8PM
Saturday 10AM–7PM
Sunday 10AM–7PM
Monday 11AM–5PM
Tuesday 11AM–5PM
Wednesday Closed
​