The Unhealthy/Fit Life:
​Kas vs. Daniel

Me in 2013
Meet two guys who have both suffered many past health problems and have gone through dramatic life changing events which sidelined them for years: Me and Daniel Hwang.  We decided to challenge each other to see who could complete three different exercises: Push-ups, air squats, and planks.
​
My personal unhealthy/fit journey began with multiple injuries and digestion problems that at one point landed me in the hospital. Daniel's unhealthy/fit journey started in 2013, he weighed 230 pounds and had blood pressure/blood sugar problems that landed him in the emergency room.

Since then, Daniel has become a vegan. I also adhere to a very strict diet. Looking at Daniel now, he is someone you would never know he struggled before with his health as he looks very fit.  I might look fit too, but since my past injuries, I lack motivation to  exercise, so I welcomed this fitness challenge set by Daniel.

We began to stretch and prepare for the challenge. After the brief session of stretch of warm-ups and getting ready, we faced off like how you would in a UFC or boxing match. Finally, the real competition was going to begin.​​​ 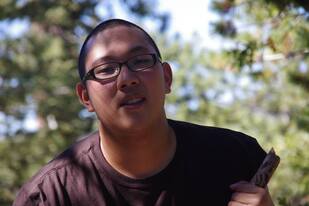 Daniel in 2013
Even though I haven’t worked out in a long time, sometimes I'd do some push-ups at home from time to time to have some kind of an exercise routine. I wasn’t confident about this round against Daniel, but I had high hopes of winning.

​From all the talk Daniel uttered before the match, I knew he would could keep up the pace with me, but for how long? As we got to around 18 push-ups, I could see Daniel’s arms trembling and him struggling more and more. I could also hear the struggle in his voice that he wasn’t going to last much longer.
His struggle gave me more confidence to keep going. Once we reached push-up number 21, Daniel collapsed from all the pressure and I was able to put in two more push-ups for a good measure. I was able to take this round, but it was not easy. While Daniel was in a bit of discomfort, I felt perfectly fine. I was surprised that my terrible back did not let me down.
Nevertheless, I figured he was going to push himself like me because if he lost, the Vs. Challenge was over and I’d be the winner. As I thought about how much longer I can handle this, Daniel fell to the ground out of nowhere. I was sure, he was going to take this round and end the misery on my poor knees.  The pleasure of not getting beat since I’m very competitive and not being flicked in the head three times made it even better. The round was over, and I won best out of three already, so there was no need to do the next exercise. ​

​Overall, I think this was a good challenge to participate in because not only was I competing against someone else who had things in common with me, but also because of the healthy challenge it provided.  This shows that you should never doubt yourself even if you have current health problems because you can overcome anything if you put your mind to it.  Also, you should never judge someone by their appearance; Someone can appear fit and good at what they’re doing, but you never know what they have sacrificed in order to be and feel that way. 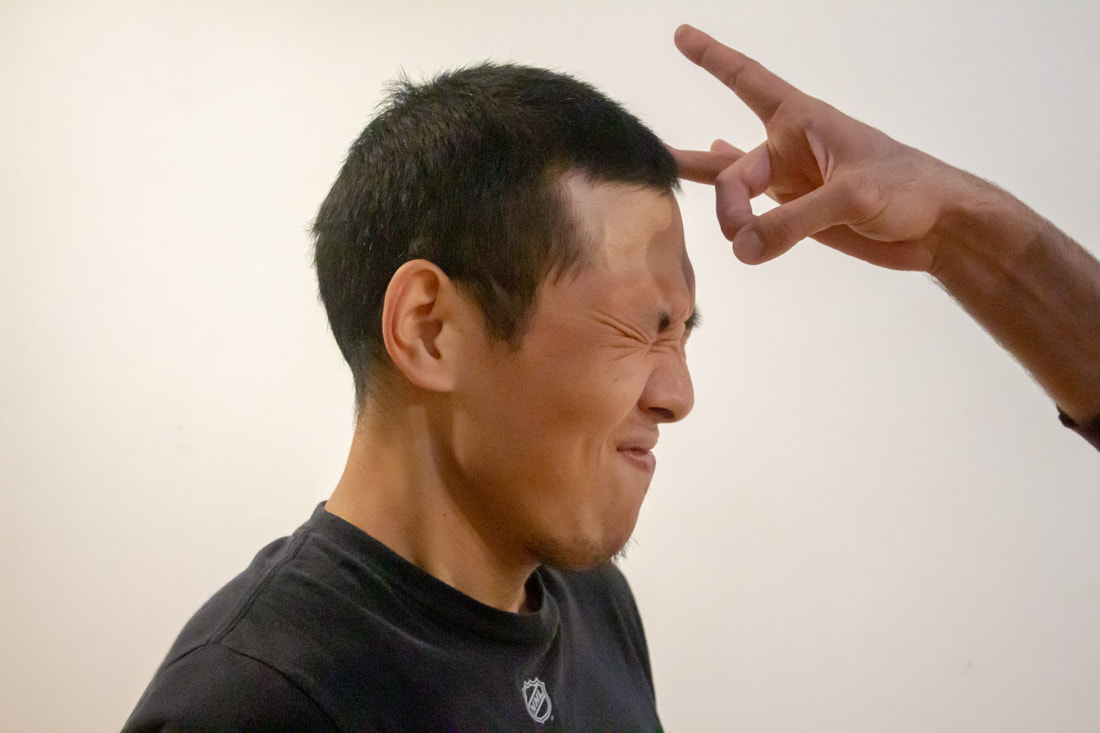 The punishment for losing the challenge...