Written by Devon Ward
Photos by Flow West
Here was an event that combined things that had always been compartmentalized, his sexuality and the movement towards equality, and athletic competition. He immediately got to work, and established Team Los Angeles for Gay Games I. ​
Cramer received his Associate Arts degree cum laude in Film/TV Production from Los Angeles City College. While at LACC, he joined the speech and debate team, and proved to be a champion in yet another arena when he led his team to the 2011 national championships in Connecticut. While there, he picked up the New York Times, and read an article on a research paper from Johns Hopkins University presenting a logical argument to remove the 25-year ban so doctors could perform HIV-positive to HIV-positive organ transplants. This would be the opening of a new chapter in his life, like the poster at the Mother Lode had been 27 years before.

He has a cousin born the same year as he was, who was diagnosed with diabetes when they were in their early teens, and currently is on the wait list for a simultaneous pancreas and kidney transplant. Shamey considered the additional benefit to everyone awaiting organ transplants by lifting this ban, including his cousin, and knew he had to act.  This became the topic of his persuasive speech, and he began correspondence with the article’s lead author, Bryan Boyarski.  In February, 2013, California Senator Barbara Boxer introduced the HIV Organ Policy Equity Act (aka The HOPE Act) to Congress, and June of the same year it passed in the U.S. Senate. Shamey served as the HOPE Act volunteer advocate in Washington that summer, scheduling meetings, visiting members of the House of Representatives and producing a documentary short that was part of the political campaign. In the end, he and his three professional associates secured the 12 Republican co-sponsors. On November 12th, it passed in the House of Representatives by Unanimous Consent. And on November 21st, 2013, less than nineteen hours after receiving his invitation, Shamey was chosen to be the delegation lead that stood behind President Obama as he signed the HOPE ACT into law. 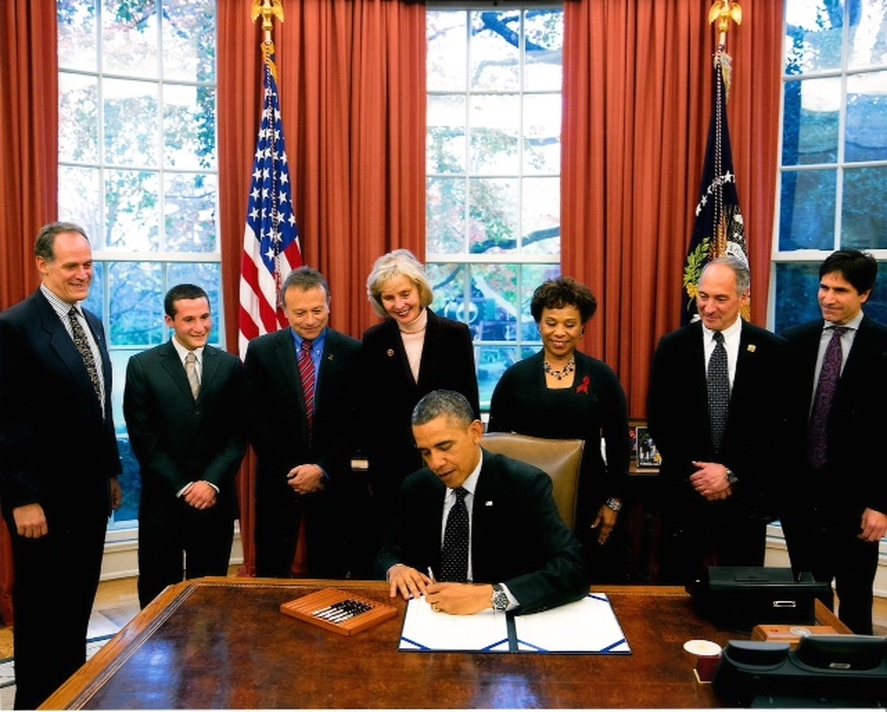 Shamey Cramer watches President Obama sign The HOPE Act
Today, Shamey is a Glendale resident and Woodbury University graduate. He expresses his honesty and truth through his writing. He is currently working on a feature film script entitled “Saving Ulysses” with creative partner and Irish actor Gavin Ó Fearraigh. The story is about a present-day Irish engineering student who is whisked back in time to make sure author James Joyce goes out on a date and falls in love with his future wife, Nora Barnacle, on the 16th of June 1904 - the day that has become known in Ireland as Bloomsday. Joyce chose this day as the setting for his epic stream-of-consciousness novel "Ulysses,” which takes place entirely on that day, using a structure borrowed from Homer’s epic poem “The Odyssey.” James Joyce challenged the idea of heroes in the 20th century, and portrayed their battles in secular and humanistic terms: the subjugation of Ireland under English rule, and roles of women created by men’s stereotypical minds are underlying messages in “Ulysses.” These ideas are a source of inspiration and purpose for Cramer as well. Bravery, diligence, passion, civic duty, fulfilling physical potential in games, and using one’s abilities and drive to create a better world are as relevant now as they’ve always been. The odyssey of Shamey Cramer has required embracing and embodying these things in many moments, and soon we will see his take away from the journey, the way he’s known he would tell us, in the form of stories, since “Somewhere in Time,” on Mackinac Island, in 1979.

“If there is a motto I have embraced in life, it comes from second century Kashmiri prophet Yus Asaf: ‘The world is a bridge - cross over it, do not settle down upon it.’ It’s part of the reason why I refer to myself as a citizen of the world instead of being identified by any distinct geographic location. We’re only here for a short, and we’re all in this together.”​ 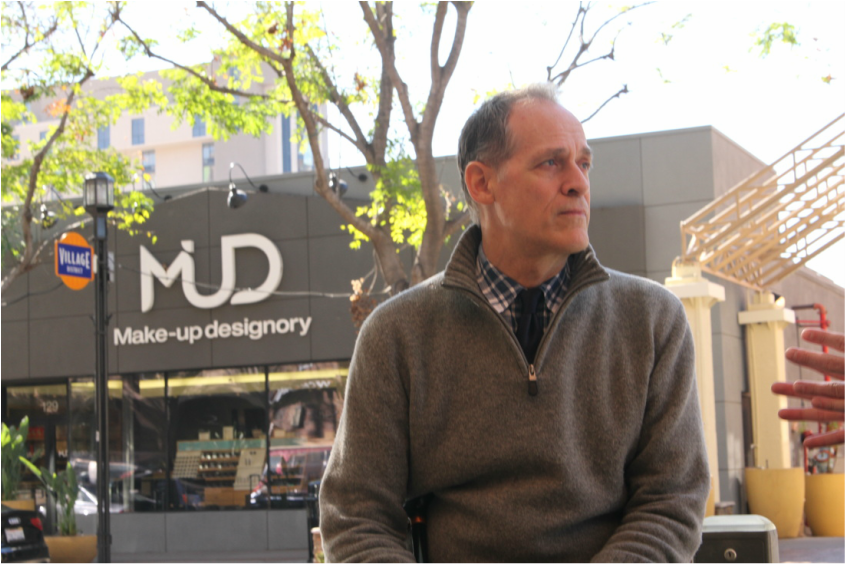