Written by Julissa Padilla
​Photos by Madison Shafer, David Newell, and Julissa Padilla
On a cold wet January evening spent at home on Pico St. in San Fernando, I hear the heavy drops of rain hitting on my window pane. Playing with my Legos in my living room and not even realizing that a thunderstorm is approaching, I suddenly hear a thundering noise coming from the distance. I approach my window again to only realize that the noise isn't the thunder, it's just the soothing sound from a passing Metro train.

​That is how it was for me growing up. Living near a train track made me think how nostalgic that feeling of a fast rush from an incoming train. That is the same kind of rush anyone can experience when they come down to Zoo Drive in Griffith Park. There, visitors will encounter the wonderful hidden Walt Disney’s Barn! ​​ 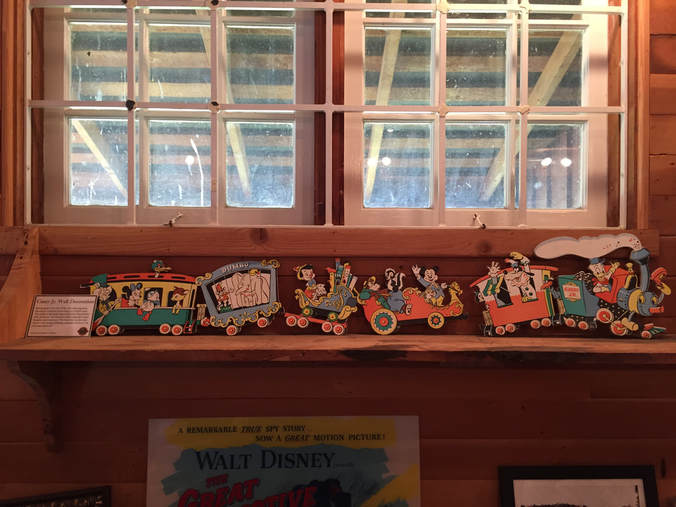 Through the metal gates, you will encounter a wonderful world full of miniature trains, historical artifacts, and interesting facts to the passionate hobby of Uncle Walt! The Walt Disney Barn has no admission fee which means anyone can come on in and join the fun! If you love Disney or simply love trains, come on down and visit this spectacular site! You won’t forget this magical experience. 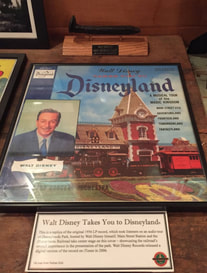 Taking a right on the fork in the road when driving up to the mountainous road, you have arrived to your magical destination! I went along with Maria, Madison and David, who are aspiring animation gurus like myself.  It is just like entering Disneyland on a miniscule level. The gate greeters give you a sticker to enter and you enter this magical universe. Every person has a smile on their face which makes you feel welcome to be there. The green grass is trimmed to perfection and the pathway to the place in inviting.

When I was walking on that pathway, I detected a big brown barn that it looked like it could have came from any farm. In this barn, I encountered so much Disney memorabilia than anyone can imagine. There was a battery powered mini-scaled Disneyland, autographed hats from the legendary Nine Old Men from Disney, who were Walt’s most trusted animators. The barn also had original belongings to Walt including his hat, pipe, and original autographs.​ 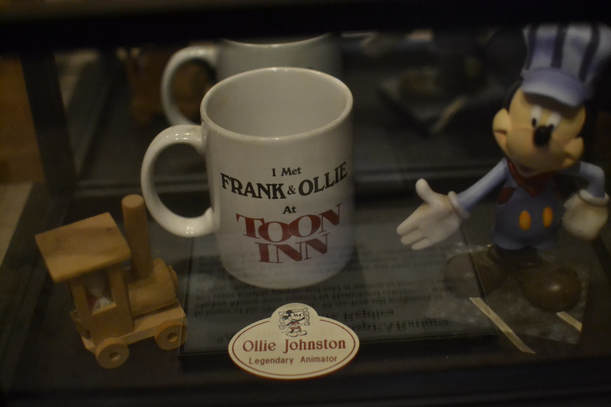 There was a lot of Disney train related objects to exemplify Walt’s interest in trains. I ran into the special guides several time and every encounter they would give me trivia about Walt’s interest in trains and of his artifacts. Who wouldn’t want to look at original items that Walt worked with? The barn was in its original structure as well. ​
There was an old sink with an orange looking rust near the drain. There was also Walt’s shaving kit and the original soap dispenser of the building. Just knowing that Walt was there and used all of these items just gave me goosebumps, knowing that he is the man who who has brought so many people happiness worked in this building. 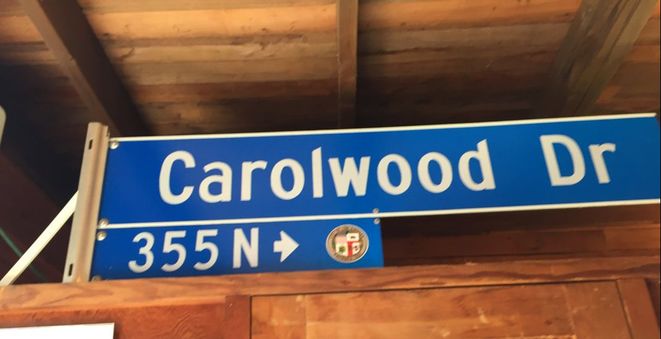 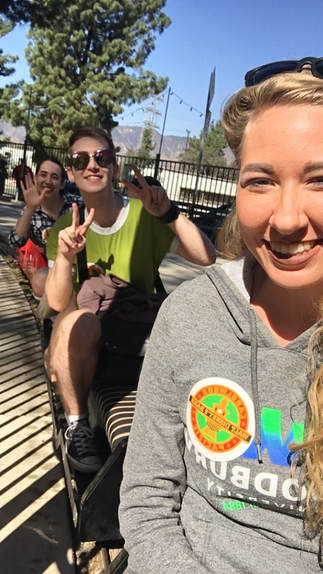 The barn was used to display all of the artifacts in glass cases,  yet there was more to explore in this wonderful place! It was a beautiful sunny day and it was perfect to be outdoors! When I walked out of the barn,  encountered a (demonstration) of steam engines showing their audience how the inside of a train functions. I was amazed of how many moving parts are actually in a train. There was a refurbished vintage train which had kept the original parts of a once moving train. Unfortunately I was unable to enter the archived train, but having the open door allowed me to see the insides.

The pathway continued to guide me to the other wonders of the facility. There was the original conductor’s house of Disney animator Ollie Johnston, who has animated on Disney’s most beloved features. It was a cute yellow house that served as a train control station. I was surprised to see an even tinier train that was run by real steamed water. The track was planted several feet off the ground so that people can spectate it. ​​The train entered a cave that led me riding throughout the park. There were movie-like set models that looked like it could have come from Disneyland, there were a lot of marionettes surrounding the tracks, and signs that made it feel like something from Disneyland. Since it was such a beautiful day, I was able to enjoy the perfect movie scenery and all of its glory. Many of the signs that were displayed throughout the tracks were a lot of sarcastic signs that made the experience feel ever more magical. At one point there was what appeared to be rejected animatronics that served as a good scare for the passengers!

As I was continuing up the path, I was able to see the train that visitors were able to ride on which only brought me more excitement. As I waited in line, I saw other passengers aboard the train. I was able to aboard the train in a relatively short amount of time. I had forgotten how close proximity the seats were on the train. It is a perfect and intimate experience of how close someone has to get to the person in front of you to fit the seats. The passengers awaited for the conductor to start the train. Whistle blowing and away we went! ​​ ​​ 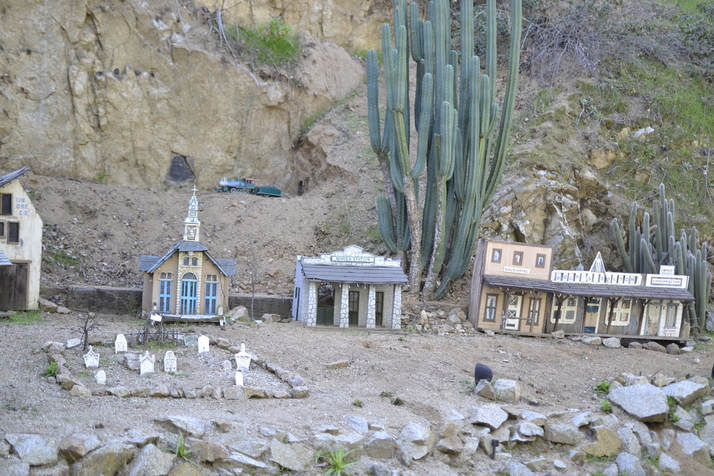 When was was arriving from the ride, there was some kind of malfunction of the other trains trying to arrive so instead of the train waiting for the other train to organize itself, the conductor gave the passengers another ride around the park. They had amazing customer service which only makes people want to come back!  The experience was so cathartic and will help anybody forget any kinds of troubles they may have, just like in The Happiest Place on Earth!
When I arrived back, I  visited the gift shop in which visitors can buy books, pens, keychains, train whistles, etc. which will help visitors remember their experience. What is always a nice touch is that Bob Gurr​​, an original Imagineer who designed the original Disneyland, always loves visiting the Barn and often chats with visitors about his experience working with Walt.
Even though many people may have not heard of this place, it is a nice getaway from the daily grime of responsibility and stress of the city. Who wouldn’t want to ride a mini train? This once a month event is such an unforgettable experience. If you are a fan of Disney or even if you are not a fan, this is a place everyone should go to. It taps into that innocent child that is inside all of us.