Benjamin Garcia:
The Duke of Downey 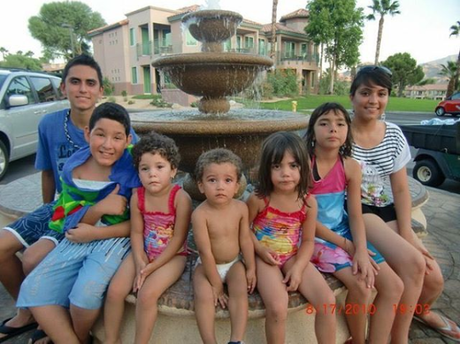 Downey legend Benjamin Garcia has had the luxury to grow up in the beautiful city of Los Angeles since his early days of life. Coming from a family of ten as the second oldest, Ben has had his fair share of dealing with younger children. As a result, it has helped him become the relaxed gentleman that he is today. Even as an architecture student at Woodbury University, Benjamin is able to remain level-headed and focus on the task at hand. Stress isn’t a part of this man’s life, and that’s one of the many reasons why he is such a fun and positive person to be around.
​
Benjamin had the ideal childhood: he played sports, did well in his academics, was well-behaved, got along with his peers, and was raised by great parents. Something amazing about Ben’s family is that they took care of many foster children. Ben’s mother was eventually diagnosed with lupus, which led to her depression. As a form of distraction, the family began taking care of kids from troubled families. To this day, their family has housed over 30 children, 5 of whom were adopted. 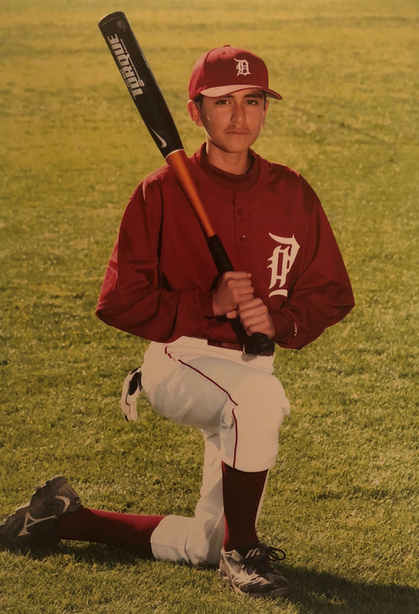 Unfortunately, Ben’s family had to cut connections with all the foster children they had taken care of after they were taken into permanent homes. “We loved each and every child we took care of. One I’ll never forget was named Lucas, who I believe was four years old when he first came to our house. He knew only two words: “mom” and “ball”.” While he stayed with Ben’s family, Lucas went through a massive transformation; his limited language was a barrier in his temporary growth, but they motivated him to push forward, and soon enough he was speaking full-ranged sentences that the family was surprised to find out he even knew to begin with.

Ben’s parents found joy in helping others, and their example inspired Ben to do the same throughout his life. He kept himself busy with school, sports, family, and his hobbies. As a child, Ben was always either drawing, building Lego models, or playing video games. He often decorated his bedroom combining train sets, Lego blocks, and Hot Wheels tracks to create miniature cities. Even at a young age, Ben had a growing interest in architecture without even realizing it.

One of Ben’s greatest passions is his love for baseball. He began playing the sport when he first moved from South Gate to Downey at the age of five. There, Ben met his front door neighbour who happened to be the same age as him. They often played baseball together in the street, and before they knew it, they played for the same baseball team at a park league. Ever since Ben continued to play the sport all throughout middle and high school until he ran into an unfortunate circumstance.
​
At the age of fifteen, Ben was diagnosed with Glaucoma, a severe eye condition that has the potential to cause blindness. It became so detrimental to his life that he had to undergo seven eye surgeries. “I remember waiting before each surgery wondering if everything was going to be okay,” he says. “I began preparing myself for a life without being able to see. Thankfully, my doctor took really good care of me and was there every single step of the way. I owe my life to Joann Giaconi.” Luckily, the surgeries were successful, but they prevented Ben from doing many normal teenage activities. As a result, Ben had plenty of free time to ponder and figure out his direction in life. He could not stop thinking about baseball, so he began drawing imaginary baseball stadiums practically every single day. This was when he discovered his newfound love for design and architecture.​

“I remember waiting before each surgery wondering if everything was going to be okay. I began preparing myself for a life without being able to see." 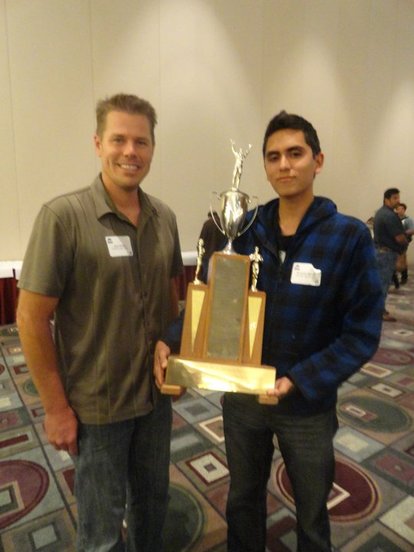 During senior year of high school, Ben took an architectural drafting class, where his teacher, Mr Redfox, recognized his talent and took him under his wing. From there, Redfox mentored Ben and provided some incredible opportunities that allowed Ben to find his path. Redfox encouraged Ben to compete in architecture competitions against many other schools in Los Angeles. “Mr Redfox showed me a photograph of ‘Falling Water’, a house made by the world-famous architect Frank Lloyd Wright, and said ‘Pretend I am a client and ask if you could design a house similar to this one’. I loved everything about the house and after drawing sketches every opportunity I could, I had come up with a design I wanted to pursue the competition.” Mr Redfox motivated Ben to allow his talent to shine, which lead to him to winning three first-place prizes.

Ben was also selected by Redfox himself to help design the 2012 Downey Rose Parade float. “Mr Redfox was part of the Rose Parade association for my city and helps build the city float. That year, he asked me to come up with some designs for a tropically themed float. One of the designs I came up with had a waterslide, and he liked it so much that he presented it to the rest of the team. They all had positive feedback, so they decided to include the waterslide in the float.” Ben was ecstatic about the fact that his ideas were implemented into such a grand moment in the city’s history.
​
​​“Mr Redfox… I owe a lot to this man. If it wasn’t for him, I don’t know what I would have done moving forward after high school. I always knew I was going to do something in the field of art but all I considered at the time was becoming an artist or looking into automobile design. But, he introduced me to the world of architecture and challenged me along the way. This man gave me the confidence to run with my imagination and simply made it fun to learn architecture.” On top of all that, Mr Redfox recommended Woodbury University as Ben’s next chapter in life.​​

“…He introduced me to the world of architecture and challenged me along the way. This man gave me the confidence to run with my imagination and simply made it fun to learn architecture.”

Before Ben enrolled at Woodbury, he took two years of community college while coaching baseball for his little brother’s youth baseball team. Many of the baseball games that occurred throughout the seasons took place in various parts of Southern California, which exposed Ben to many cities within the South and East sides of Los Angeles. “What I’m going to miss the most apart from the competition is waking up at 6 AM to drive down to a city I’ve never been to.” According to Ben, each city seemed to have its own architectural style. He enjoyed the feeling of exploring parts of Southern California he had not been to. To Ben, his car was his ship, and the cities were undiscovered islands.
​
At his current age of twenty-four, Benjamin has accomplished many feats and has overcome several obstacles to stand in his place today. He now attends Woodbury University, where he consistently impresses his professors with his outstanding body of work. He is scheduled to graduate in 2019, after which he plans to intern at one of the many world-renowned firms such as HKS, Gensler, or Meis Architects. “Throughout my life, I’ve come to realize that not everything goes according to plan. However, if I continue to live each day like it’s my last, my path will unveil itself before me.” 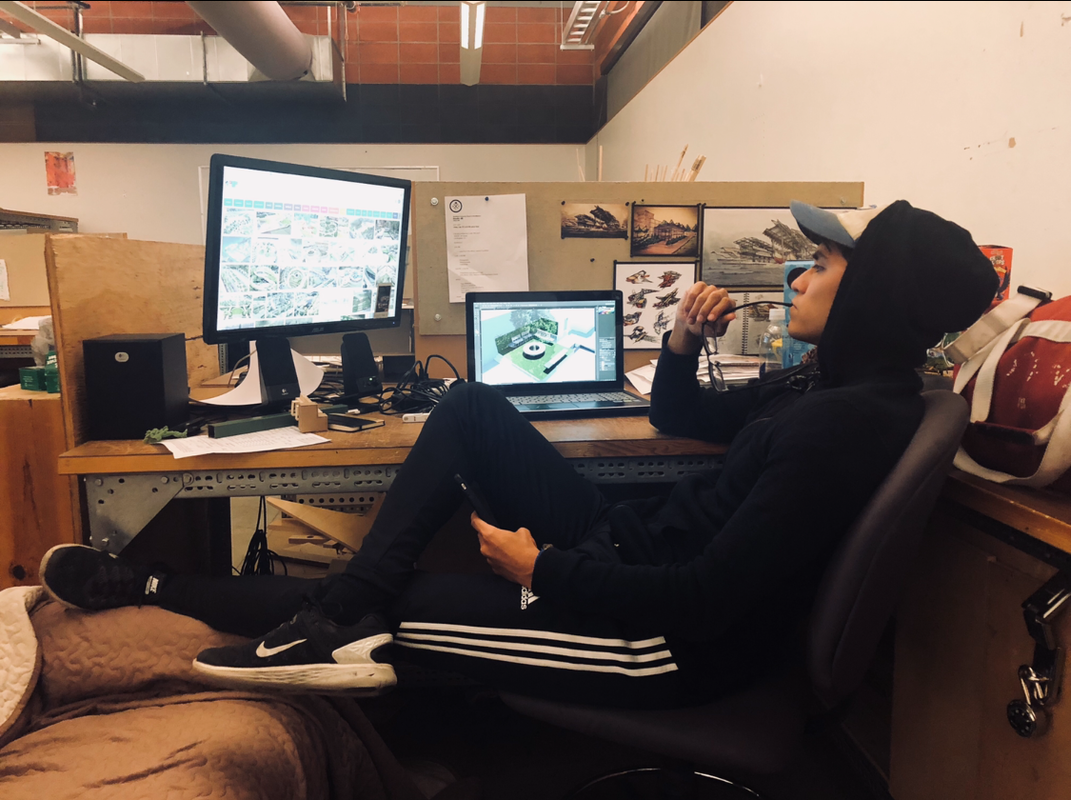 ​“Throughout my life, I’ve come to realize that not everything goes according to plan. However, if I continue to live each day like it’s my last, my path will unveil itself before me.”​