Written by Andrew Limon
Photography by Alex Buchanan
When most people think of breweries, they do not also think of castles. Most breweries are set in industrial centers where all the buildings are drab and boring, and you may even feel like you’re not actually in the right place. However, Lincoln Brewery is anything but drab and boring. What looks like a castle out of a fairytale book, Lincoln Beer Company stands out bright like a diamond as you drive up to the establishment. No way is this place a brewery you may think. However, walking in, you know you have stepped into the right place.​
​
Now, I wouldn’t call myself a beer connoisseur, however, I have had my fair taste of IPA’s, Stouts, Porters and Belgians. For those who don’t know, those are different types of fermenting styles which give beers specific tastes, alcohol content and color. Lincoln Beer Company is not a place of disappointment in this field. When walking in and looking at their vast menu you are instantly amazed by the multitude of options they have. Of course, being there for the first time, I needed to purchase a flight where they include tasters of four different beers. I will be rating the four beers on taste, name choice and appearance appeal. The reason I chose name and appearance appeal is because often new beer fans base their choices off these two elements. 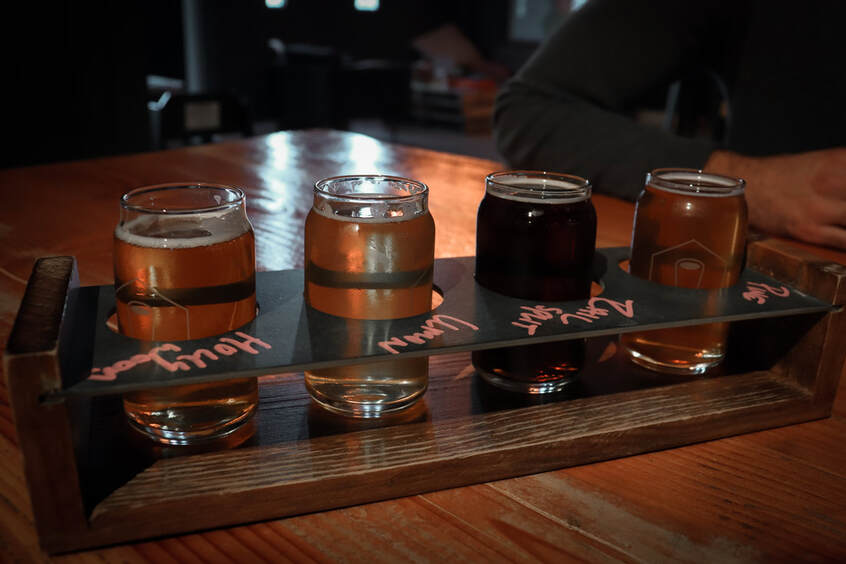 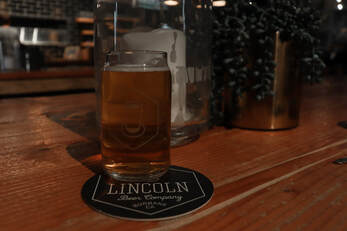 Beer 1: Pine n Rind (IPA)
The pine n rind IPA to me was a traditional IPA, something you would expect from any brewery to produce. Always tasty and always a safe choice as a first comer. While being a safe choice, there is something in the flavor of the pine n rind that has hints of citrus which to some could be off-putting however I actually enjoyed it a lot more than I thought I would. One who is new to the taste of an IPA, a heavier beer, may enjoy this one more than others.
​
Taste: 7/10
Name: 7/10
Appearance appeal: 7/10
Beer 2: Rail Splitter (Red ale)
The Rail Splitter is a red ale which by appearance, is usually noted by its darker reddish tone. This by far was one of my favorites as I tend to lean towards darker beers, something most people tend to stray away from. While being a red ale, it resembled almost something like a stout which contains hints of coffee flavor which is what made the rail splitter my favorite. With the coffee flavor it also contains a trace flavor of hops and a slight bitterness from the coffee notes. 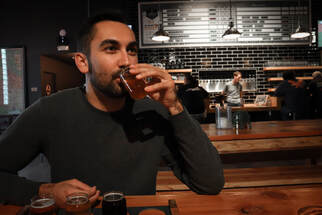 Beer 3: Lemon Drop Pale (single hop series)
The lemon drop pale was my second favorite, named lemon drop for the hint of lemon that is hidden in the taste of the beer. With its lighter appearance, it gives appeal to a larger crowd as people tend to feel safer with lighter beers which makes this a more popular choice. Being a single hop series, there is a discernible hint of hops in each sip.

Taste: 8/10
Name: 7/10
Appearance appeal: 9/10​
Beer 4: Hollywood Way (IPA)
The Hollywood Way, like the pine n rind tasted like a traditional IPA to me, nothing special but also always a safe choice. Of course, this one also did not disappoint. While being standard in taste, there is still the traditional tastes of the IPA, a stronger taste of hops as well as a higher level of bitterness. There is still just something about it that draws me back in and will always become a staple the next times I return, probably because it is a safe bet.

Taste: 6/10
Name: 6/10
Appearance appeal: 7/10​
Lincoln Beer Company is home to a rotating menu of beers depending on what they have just finished brewing. With so many different options and a constant development of new options it is always a great choice for a place to go to have fun and grab a few beers. Of course, Lincoln Beer Company also contains more than just beer. You can order bar snacks as well as play board games, something that most people love to do after they’ve enjoyed three or four beers. Nothing makes you feel like royalty more than enjoying a nice cold beer inside of a castle.