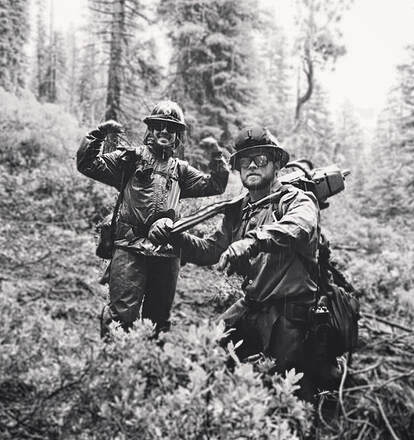 Ten years ago, Michael Arkfeld watched the Angeles Forest burn from his uncle’s house in Pasadena. It was the notorious “Station fire”, the largest in the history of Los Angeles county, burning over 160,000 acres. Watching the fire was like witnessing an infernal apocalypse, though oddly beautiful and hard to look away from. Inspiration is often more serpentine than we realize, as it was for sixteen-year-old Michael watching the mountains ablaze. It ultimately culminated five years later when he decided to join the wildland academy. Five years after that he earned his five-year belt, the hallmark of a Golden Eagle Hotshot veteran.

Before he became a wildland firefighter, Michael was a lifeguard working at LEGOLAND. One day during the summer he noticed clouds of smoke billowing over the pool. In an ironic turn of events, a fire broke out in Carlsbad, causing power outages and forcing the evacuations of all rides.

​After that summer, he was again displaced and forced to find another job. Once again, a fire would change the course of his destiny.
​
While spasmodically unemployed, Michael would talk to friends and hear about opportunities at the academy—if you made it through, you were part of the hotshot crew and gainfully employed. Only one of the friends who encouraged Michael would actually become a hotshot. The rest never even made it to, let alone through the academy. Nevertheless, it kindled an inspiration that was surreptitiously always there. 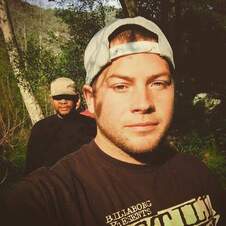 Michael Arkfeld
​Just making it to the academy alone is an arduous rigamarole. First, comes the particulars you would expect when applying to any job: resume, interview, etc.. Afterwards, comes the first taste of the physicality, something intrinsic to and requisite for the job. This includes a mile and a half run and a litany of other exhaustive, brutal conditioning drills he was too furtive to share. All the while, a “squad boss”—basically a drill sergeant—is yelling in your ear, denigrating you, waiting for you to break down. Michael not only finished the test but did so in record time; he ended up with the fastest time out of everyone in the academy.

If you make it past the initial screening and physical litmus test, you’re ready for the academy. The academy is nine days, each day beginning before sunrise and ending well after sundown.
There are classes and education but it’s mostly rigorous workouts and squad bosses screaming in your ear, trying to get you to quit. Michael remembers the last day as the most grueling: they “cut line” from 6 pm to 4:30 of the following morning, sleeping just two hours before waking to cut line again. He ranks it as one of the most difficult ordeals he’s ever had to experience, his first 24-hour sequence doing “night-ops.” 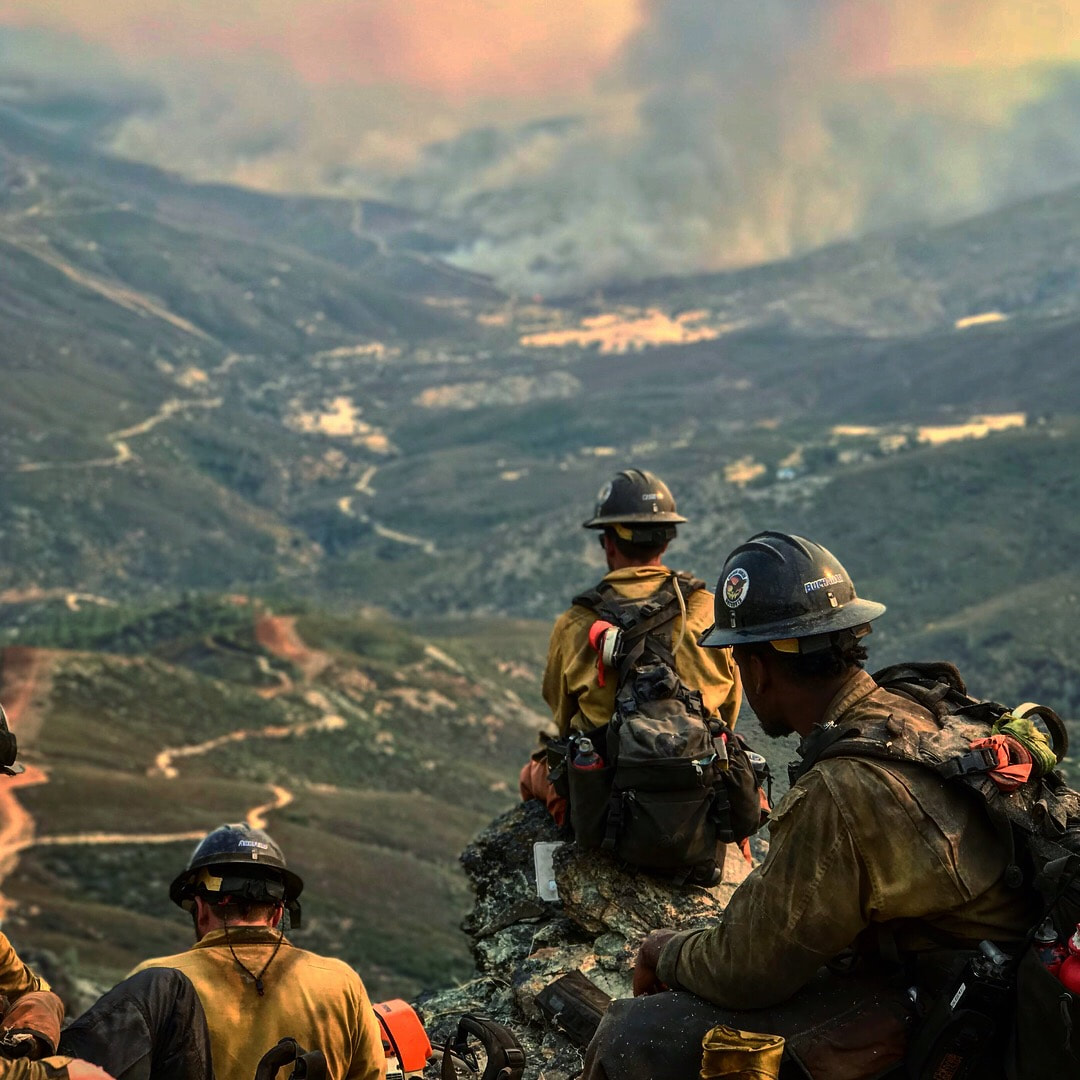 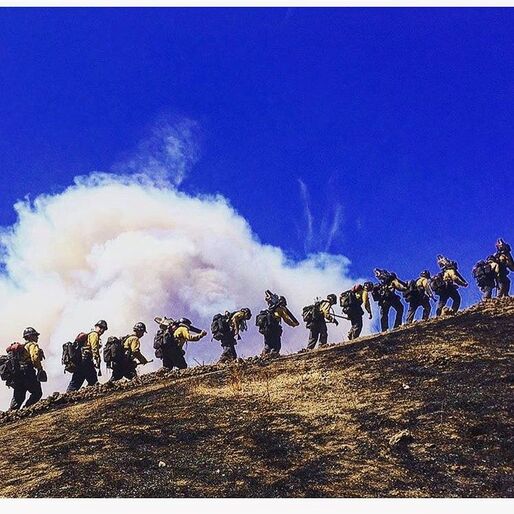 ​A hotshot crew of wildland firefighters, like a football team or military, has its fair share of fraternal hazing and hierarchy. As a five-year veteran, Michael no longer has to pick up the tab at the bar nor does he get told to “shut the f*ck up” by superiors as he did when he was a rookie. He’s worked his way up the chain of a command relatively quick, getting to use a chain saw by his second year and currently training to become a smoke jumper next season.

​It can be a high-stress environment and at times absolutely harrowing; Michael’s been to three hotshot funerals in just five years. The biggest hazard for workplace fatalities is cutting dead trees, mainly because they fall fast, and if they happen to land on you—sayonara.

​Michael is the same as he was ten years ago: fun-loving, thrill seeking, and happy-go-lucky. He’s a hustler who never fails to find his niche, tempering his whimsicality with hard-nosed grit. 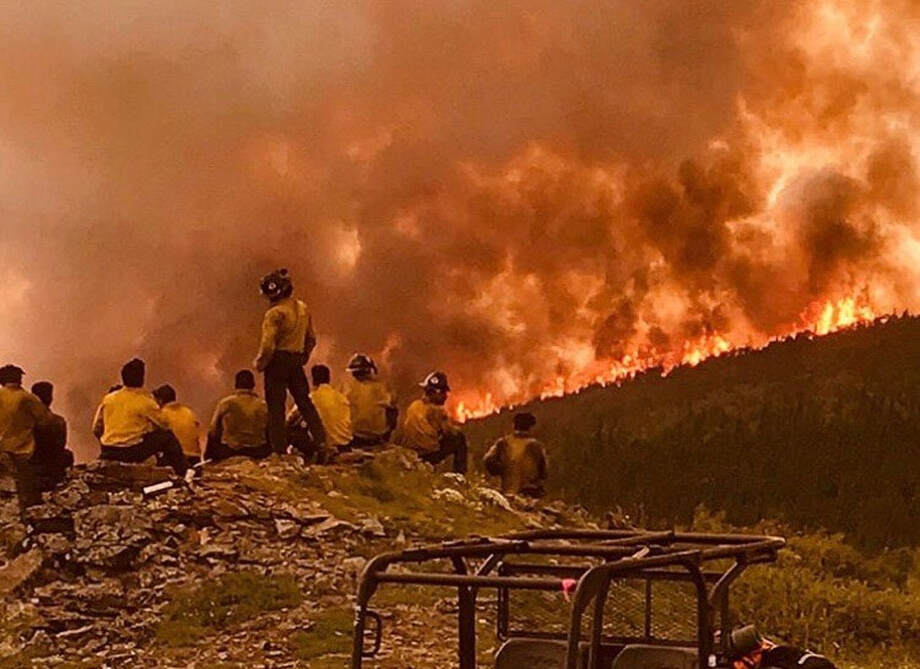 Twenty-six years ago he was born in Pasadena and soon moved to South Oceanside and has been living both places intermittently ever since. When he’s not working, he likes to hike, surf and travel. Michael Arkfeld is just one of the many unsung heroes who risk their lives to keep the Southland safe. 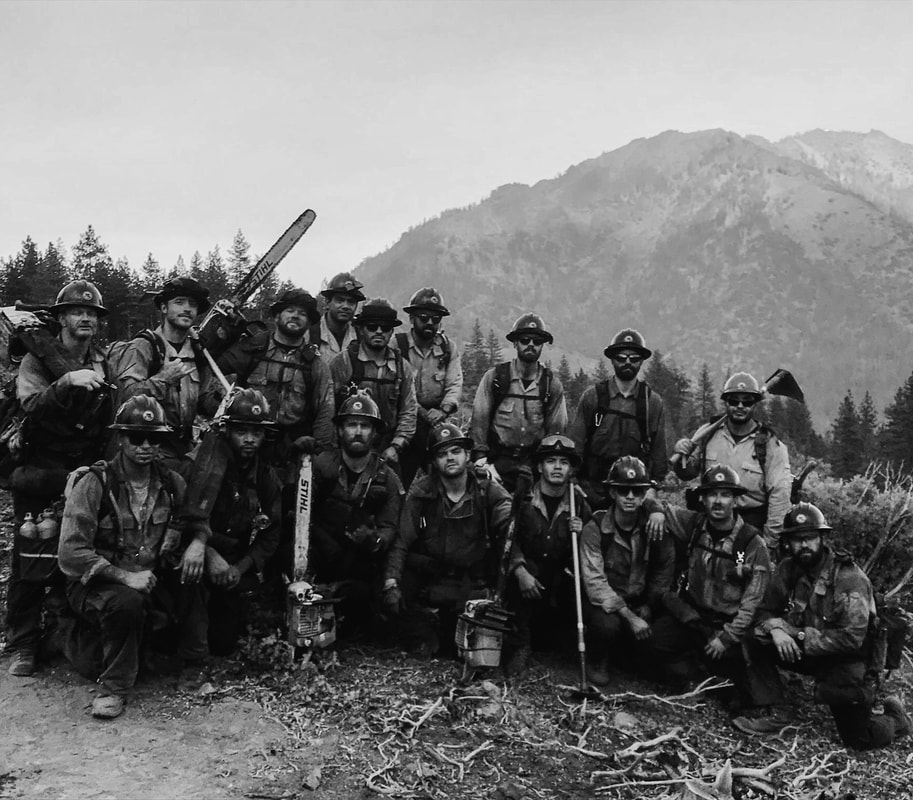 "Firefighting has been around since ancient Rome, it taps into something primordial." - Michael Arkfeld