By David Newell
Photos by Madison Shafer and Dulcie Yamanaka
​ 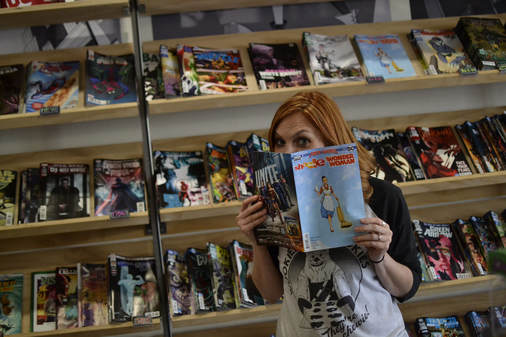 Tiffany Melius being adorable
When people hear the word “superhero” they probably don’t imagine a little boy running around throwing bananas at people with a thrifted batman costume. I was that kid, and I’ll have you know I was way cooler than I sound.  I saw superheroes as an outlet to voice my creativity and embody the heroic person I deep down was, and replacing batarangs with bananas was just that. And while the potassium induced black eyes of other kids was satisfying, deep down I craved something more personal. With wrinkling pages and chipped paint, comic books were this intimate salvation I so desired. Comic books in Arizona, though, were pretty rare, and many people I’ve met were not as lucky as I to experience heroic characters clad in uncomfortable looking spandex. Tiffany Melius also did not experience comic books at a young age. But, unlike me pursuing animation due to that I have no other redeeming skills, Tiffany was inspired to broaden people’s experiences with comics. With a glittering cape to awaken people to the world of comic books, Tiffany Melius rose to the occasion and said: “Let’s make a Cat Cafe!”  Wait, what?! 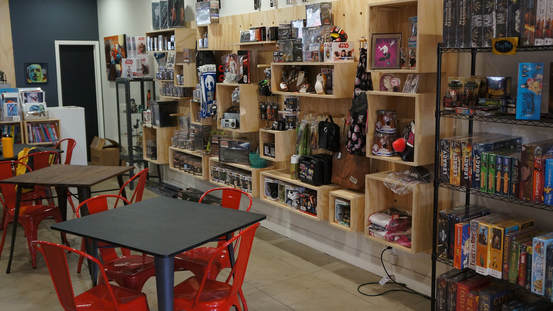 What started with a feline restaurant idea, later changed into the polished idea of The Perky Nerd, thanks to Tiffany’s partner in crime, Jason. With her passion of cats, Tiffany found an odd familiarity to characters like Black Widow and Ms. Marvel.

​“I got into Black Widow and Ms. Marvel when she was Carol Danvers, who actually has a cat named Chewy, and Black Widow has a cat. And so I found these two superhero ladies in the marvel world and they both have cats, so it was meant to be!”

​Tiffany saw characters like these as inspiration and empowerment, as she explains: “It’s all about empowerment, especially with Wonder Woman coming on the scene and bringing that all in”. While wanting to have a successful business and expose young readers to comic books, Tiffany explained to me that she especially wanted to reach out to woman and reassure them that yeah, if that guy with the neckbeard that smells like cheese can read comics, you can too!

​“The book club was one of the first things that I wanted to start so that women could come and feel comfortable and that’s why this place is designed by a woman. ...It’s like a cute shop that you can go and feel comfortable not knowing anything about stuff and you can always find something that you like that's eye-friendly.”

With a caricature of a young woman drinking coffee with “The Perky Nerd” sitting pleasantly at her side like an old friend, I was optimistic of the store I was about to enter. With a little bell welcoming me in, I saw a dark form speed past me to behind the counter. What was mistaken as an aberration was actually Tiffany’s kid (he was actually adorable, I just don’t trust children - they’re always sticky with what could be ectoplasm). 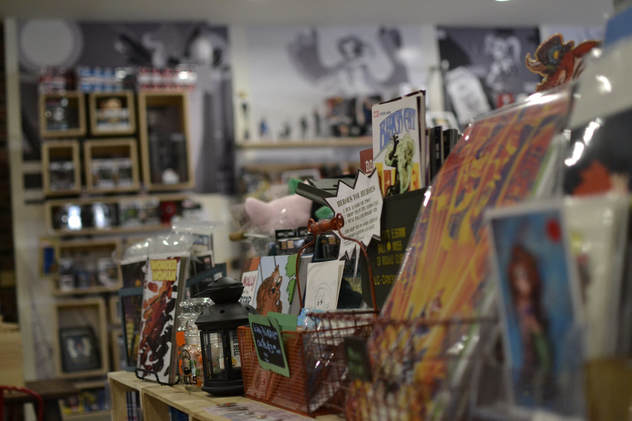 While the atmosphere was welcoming like an old friend, the lines of books and figurines left my wallet groaning at the quality of these expensive looking items. And as a broke art student with an overbearing weight of financial suffocation and gnawing debt, I was hesitant at first to buy some comics at The Perky Nerd. However, Tiffany swooped in and saved me from a crippling capitalism catastrophe, and introduced to her lovely Mystery Bags, where you can buy 10 unknown comics for only 10 dollars. With events and sales like these, there is always some way The Perky Nerd, and Tiffany herself, can help customers buy comics at a reasonable price. 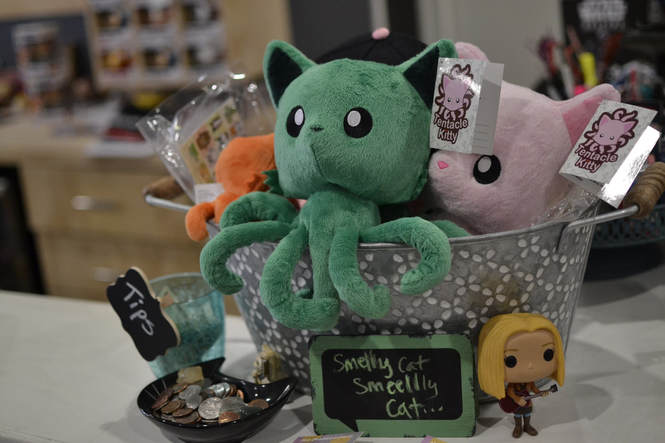 Feline calamari plushies? I'll take 10!
With a little kid gnawing on a cookie the size of his head, would you be surprised that Tiffany is a mom as well? Running a delightful business, empowering women and raising awareness to comic books: This lady really is a superhero! Tiffany understands though, as both a parent and businesswoman, That having kids read is important and can help them grow up to be good people. And as with parents, Tiffany told me she thinks it’s important for moms to also get inspired by heroes like Wonder Woman and Captain Marvel and be reminded that yeah - being a mom is basically being a superhero!

​“It’s bringing in a new generation, and because there’s movies and cartoons and all that, I think it all helps with the reading and stuff.   Books!  People will go back to books, and be, like, 'Look, they're reading books!' All these generations can come together over this common thing.” 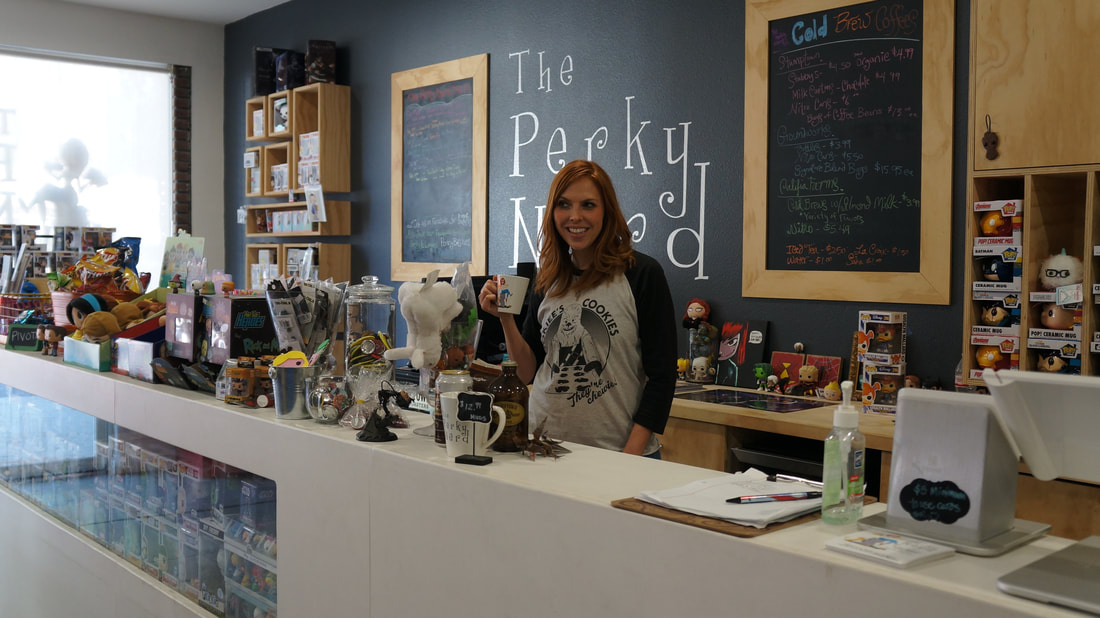 What started as an interview loosened up into a delightful conversation. I walked through The Perky Nerd’s doors like two arms opening for an embrace. And embraced I was, with a positive experience that not only taught me about woman that feel disconnected from the comic book culture, but also the amazing experience it is to have kids come up to the store and exclaim which hero they thought they were.

​“I hope that it’s motivating and inspiring to other people to do stuff that they want to do, go out, and be a good example in the world, and spread the good message of superheroes like Spiderman: 'With great power comes great responsibility!'”